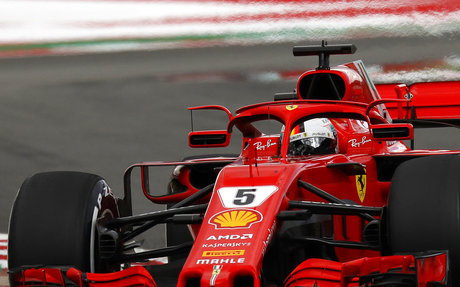 Formula One events in Miami Gardens would join the Super Bowl and many pro all-star games as tax-exempt.

The first Formula One Grand Prix event to be held outside of Texas in years is coming to the Hard Rock Stadium in Miami Gardens this May, and legislation is advancing to allow attendees to skip paying taxes on tickets.

The Florida House Ways and Means Committee unanimously OK’d a massive package of proposed tax cuts for everything from diapers to a $2.3 million break for Florida Power & Light to build a “green hydrogen” plant in Okeechobee County.

The package would also exempt those purchasing tickets for all future Formula One races in Florida from paying the 6% tax on admission sales.

“We often hold those tickets for those large events as tax-exempt,” said Palatka Republican Rep. Bobby Payne, the committee chair.

Events that already enjoy tax-free tickets include the Super Bowl, Pro Bowl, any semifinal or championship game of a national collegiate tournament and all-star games for the National Basketball Association, Major League Baseball, Major League Soccer and National Hockey League, among others.

If the measure is approved, tickets for a Formula One Grand Prix race “and any qualifying or support race held at the circuit” would be tax free up to 72 hours before an event begins.

As Jason Garcia of Seeking Rents noted, Stephen Ross — the billionaire owner of the Miami Dolphins and their home arena, Hard Rock Stadium — has been lobbying state lawmakers for years to secure a subsidy for the race through admissions tax exemptions.

In February 2021, Ross and Formula One inked a 10-year deal to bring the race to South Florida. He originally targeted downtown Miami for the event, but after Miami-Dade County commissioners removed a vacant area behind the Miami Heat arena from consideration, the race site was moved to Miami Gardens.

Residents of the city opposed hosting the event, which they complained would bring deafening noise and air pollution.

Some later sued, alleging the relocation from affluent Miami to the predominantly Black city of Miami Gardens was racially driven. A federal judge dismissed that lawsuit in July.

Lobbyist Ron Book, who shopped around the proposed ticket tax break in 2020, said the goal was to use the incentive to ensure Hard Rock Stadium was an annual stop on the Formula One circuit.

“The whole goal,” he told the Orlando Sentinel in March 2020, “is to use this as an additional inducement to Formula One not just to give us one race but to give us several races.”

Driven in part by the Netflix series “Drive to Survive,” Formula One’s popularity is surging, with some 400,000 fans attending the Austin races in October — the biggest Formula One event in history.

The last time two Formula One races occurred in the United States was in 1984, when Dallas and Detroit hosted events.

There’s been progress to bring a third race stateside. Last year, Nevada Gov. Steve Sisolak said on Twitter that he “had the opportunity to meet recently with (Formula One) leaders” to explore bringing a Formula One race to Las Vegas.

Talks have since accelerated, according to the Sports Business Journal, which reported last month that “Sin City” could play host to an event in 2024.