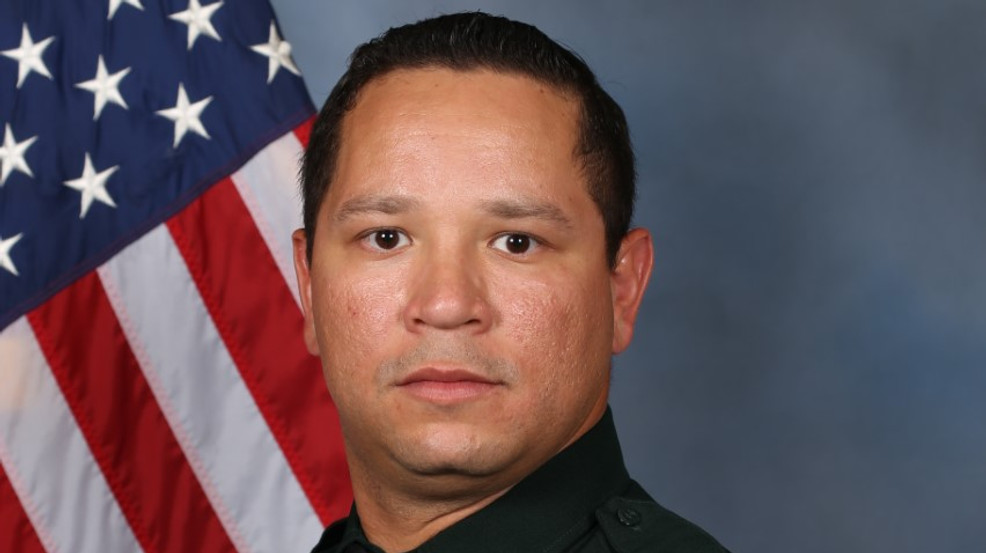 Law enforcement officers plan to honor him with a Saturday procession in Crestview.

Five days after Corporal Ray Hamilton succumbed to injuries sustained in the line of duty, Gov. Ron DeSantis has ordered flags to be flown at half-staff at the Okaloosa County Sheriff’s Office, County Courthouse and City Hall of Crestview.

A five-year veteran of the Okaloosa Sheriff’s Office and Special Response Team, Hamilton was fatally wounded while responding to a call at a Fort Walton Beach townhome on Dec. 24.

The Sheriff’s Office said the Special Response Team responded to a domestic violence call in which the suspect, later identified as 43-year-old Timothy Price-Williams, refused to leave the residence.

Williams fired shots out of the home, striking Hamilton, who was rushed to the Fort Walton Beach Medical Center.

Deputies returned fire and took Price-Williams down with non-life-threatening injuries. He faces a first-degree murder charge.

Hamilton, 34, died shortly after. He was a week from celebrating his wedding anniversary.

Speaking three days after the shooting, Okaloosa Sheriff Eric Aden said Hamilton was just promoted to Corporal in November and was “probably the best field training officer we’ve ever had at this agency.”

Hamilton also received two lifesaving awards while serving at the Sheriff’s Office, one for talking a woman out of jumping from a roof in 2019 and another in March for administering lifesaving CPR.

“Christmas Eve will never be the same for any of us,” he said. “Everybody loved working with him.”

Hamilton transitioned from a career in nursing, his widow’s current profession, to law enforcement in 2017. He first worked as a crime scene investigator, then as a field training officer.

A memorial service and celebration of life will be held from 9-11 a.m. at the Destin-Fort Walton Beach Convention Center.

Shortly after on the same day, law enforcement officers plan to honor Hamilton with a procession to the Crestview Convention Center on Commerce Drive.

previousIs this toilet lift a ticket to freedom and independence?