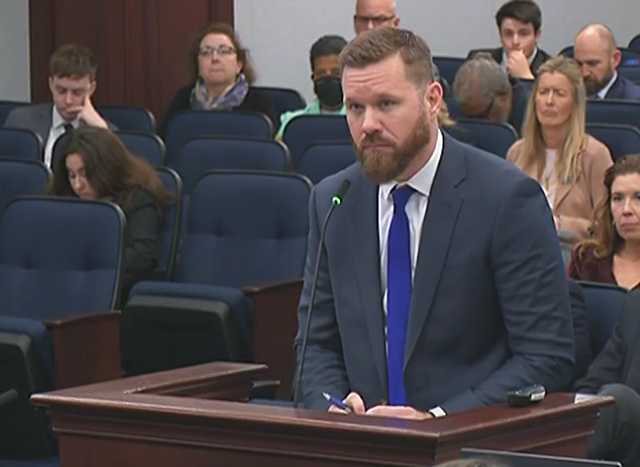 The idea is to reuse this water, and through that process help reduce the strain on water supply.

Implementation of 2021’s SB 64 is an effort in progress, but Michael Lynch, Director of Water Resource Management for the Department of Environmental Protection (DEP), wouldn’t give the work a grade as of yet.

SB 64 requires domestic wastewater utilities to come up with a plan to reduce and eliminate nonbeneficial surface water discharges, with DEP overseeing the process. The idea is to reuse this water, and through that process help reduce the strain on water supply.

“I think the grade’s an “A,” because I would look at that we’ve already had 11 million gallons a day that’s already been eliminated from surface water discharge from when we implemented this bill,” Lynch said this week to the House Infrastructure Strategies Committee.

“So, I would say it’s very effective, and I think we’re going to see that number increase, as we have … amendments to the rule put in place, because I really believe that we are going to see a lot more facilities use reuse, which is going to be an important aspect for a drinking water source, moving forward.”

There are 162 domestic wastewater facilities subject to the law, 33 of which received exemptions. Of the remaining, 102 facilities proposed beneficial discharge that includes indirect potable reuse, among other options.

Committee Chairman Bobby Payne explained to the committee he wanted them to hear “the positives that come out of what we’ve done the last several years.”

“As far as industrial, it’s everything from concrete batch plants to power plants,” Lynch said. “It runs the gamut.”