Bill Bishop endorsement: "I really do think it's a game-changer" 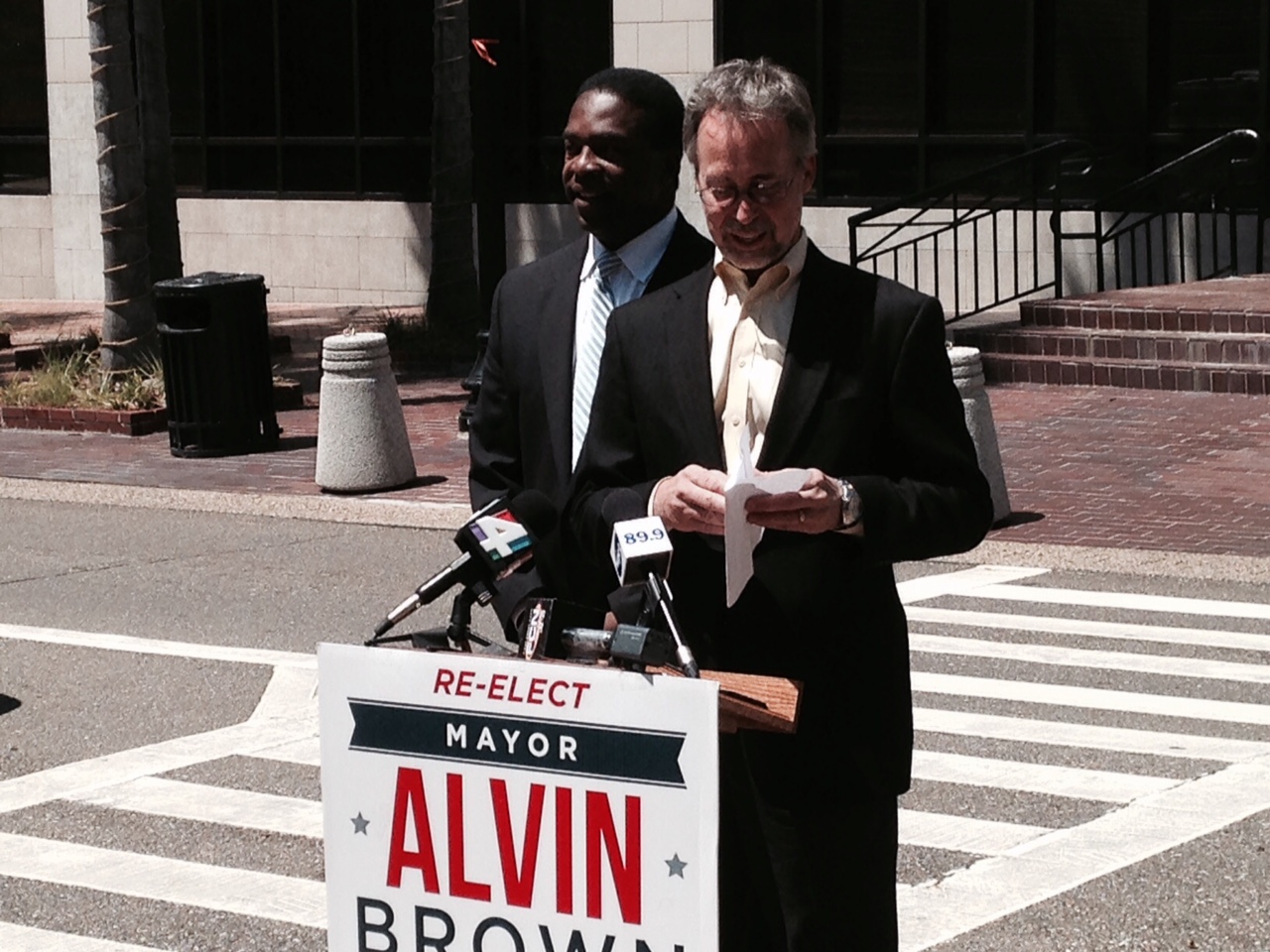 Bishop and Brown are two of five people worth watching in 2016 in Jacksonville politics.

With just 20 days left until the city’s runoff election, Bill Bishop’s unexpected endorsement of Mayor Alvin Brown has landed as another late-in-the-game twist in the city’s tight mayor’s race.

After tallying up 17% of the vote in the March First Election for mayor, Bishop vowed to run again in four years- but repeatedly said he was staying neutral in the current contest.

This, despite reports that both candidates had wooed the third-place finisher and asked for his support.

And even though his campaign staff sent out, then apologized for, an email of their own announcing their endorsement of Brown, Bishop continued to insist he would not throw his support to either Brown or GOP candidate Lenny Curry.

Now though, Republican City Councilman Bishop is placing his bets on Brown, formally announcing his endorsement of the Democratic mayor.

“Bishop had a lot of supporters- 17% of the vote. And if Brown can keep his same voters from the March primary and then just get half of Bishop’s supporters, that gets him to 51%,” he said.

Binder says the Bishop announcement trumps the one just made by former mayor and UNF president John Delaney, who broke his longstanding tradition of staying neutral in local races last week when he endorsed Curry.

“Delaney, as popular as he is, didn’t get 17% of the vote a month ago,” says Binder, who also points out that Bishop’s move comes with risks.

“If Bill Bishop is serious about running again in four years, he is much better served having an open mayor’s seat, as opposed to running against an incumbent like Curry.

“But I don’t know if it’s better for his career. He’s still technically a Republican and he’s basically sticking his thumb in the eye of the GOP leadership in Jacksonville. That’s why he got 17% of the vote and not 40% in March. He didn’t care about the local leadership and didn’t try to make an effort to be their guy. I can’t imagine in four years all those people supporting Lenny suddenly saying ‘Bishop’s our guy.'”

Bishop’s campaign drew a bipartisan coalition of supporters attracted to his plainspoken talk about how to solve the city’s budgeting and pension problems, and also, for progressives, his strong support of updating the city’s human rights ordinance to cover LGBT citizens.

“I really do think this is a game-changer,” says Jacksonville attorney Jimmy Midyette. Midyette chairs the Northeast Florida LGBT PAC, which has been lobbying on behalf of the HRO. Midyette was one of Bishop’s more prominent Democratic supporters during the First Election.

“From the beginning of the mayoral campaign I looked to Councilman Bishop for his leadership and his willingness to answer the hard questions. Even as he exited the race, he told us to hold the candidates accountable. Now his support of Mayor Alvin Brown obviously reveals who he believes has answered the hard questions and who has the best vision for the city.”

As the mayor’s race has tightened, both Alvin Brown and Lenny Curry have been increasingly making strong base appeals- Brown sounding a populist tone on issues like discrimination and raising the minimum wage, Curry reminding his supporters that Brown has ties to both Clintons.

Since both campaigns will depend heavily on base turnout, the wild card in the race has consistently been the not-inconsiderable slice of moderate and undecided voters in Jacksonville that can theoretically be swayed (if they bother to vote at all).

Midyette: “Many people I know were very discouraged. They were just going to skip over the ballot in the mayor’s race and go right to the sheriff. Now I think some of those people will take a second look at Mayor Brown and take their cues from Councilman Bishop. They’ll likely go ahead and vote for Mayor Brown. That’s what I’ll do.”

The question now is: in a race seen as within the margin of error, will Bishop’s endorsement pull enough of those undecideds into Brown’s column to get him across the finish line?

Says Binder, “That’s tough to say. But it is certainly a very meaningful endorsement.”