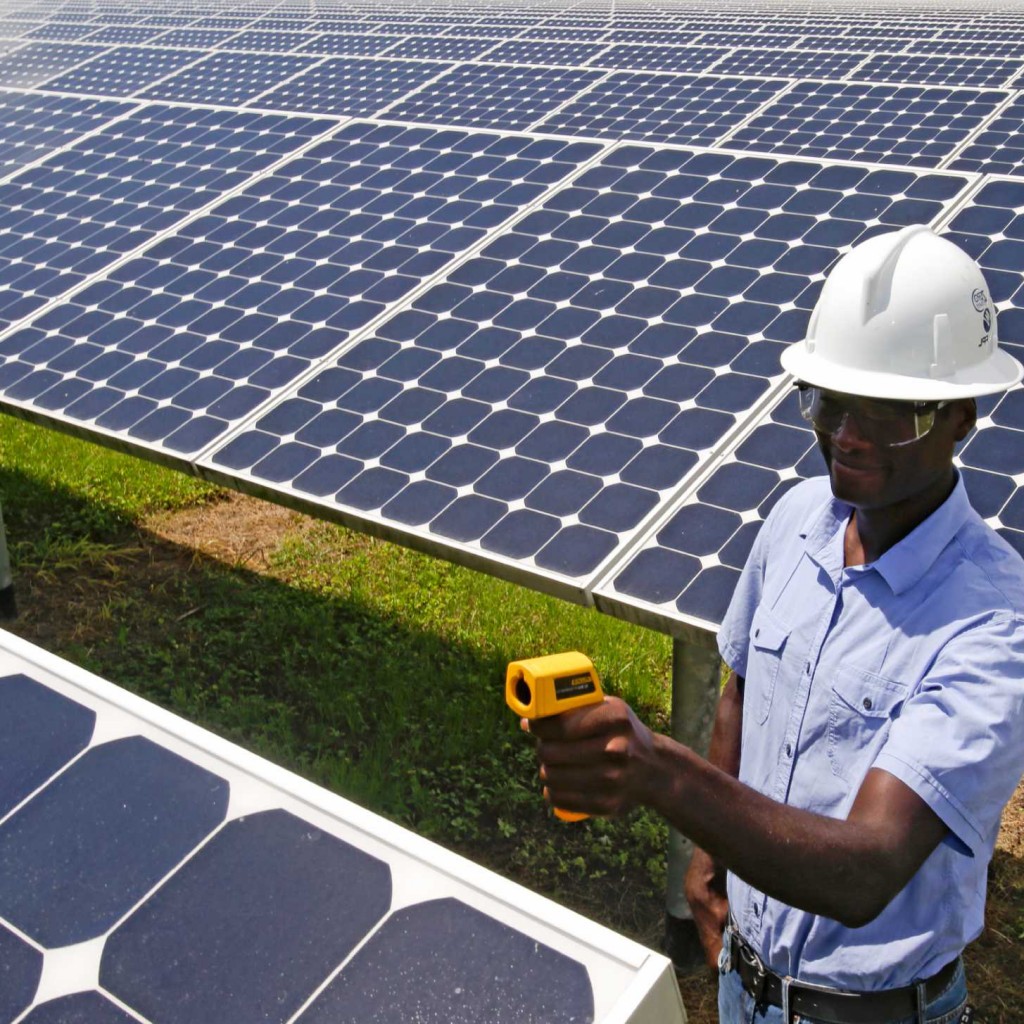 Residents of the Sunshine State are finding that harnessing Florida’s abundant solar power is no simple task.

With its bounty of sunny days, Florida ranks third in the nation in rooftop solar energy potential but 13th in the amount of solar energy generated, according to industry estimates.

The industry views Florida as a sleeping giant that could rival California in solar potential, but renewable energy experts say the state lags behind because old laws favor utilities over private enterprise.

“The rules are set up so there isn’t competition right now, and competition could be healthy,” said James Fenton, director of the Solar Energy Center at the University of Central Florida.

That’s made unlikely allies of groups such as the Sierra Club and the Tea Party, which view the lack of consumer choice as harmful to the environment and an infringement on personal freedom. The groups are working on a 2016 ballot initiative that would change Florida’s Constitution to allow businesses other than utilities to sell solar power to consumers.

Utilities say solar, with 2 percent of the market, is growing slowly in Florida because energy costs are 30 percent lower than the national average, making it a bad financial choice.

Florida is one of only four states that require solar energy be sold exclusively by utilities, banning sales from companies that install rooftop solar panels at little or no cost and then sell the energy generated to the property owner. The result has limited options for going solar and increased upfront financial commitment for consumers.

Scott McIntyre of Tampa-based Solar Energy Management, a panel installer, said the company has lost large projects from shopping centers and other commercial real estate owners. He said companies come to him wanting to build solar on their rooftops so they can sell energy to their tenants, but drop the idea when they learn about the legal limits on electricity sales.

“We’re trying to provide Floridians with solar power,” McIntyre said. “But there are no incentives for commercial solar in Florida. None.”

California and other successful solar states allow companies to lease rooftop solar arrays to homeowners and bill them monthly for the electricity created. That lets homeowners get into the market for little or no money down and pay as they go.

Florida also trails in other areas, such as wind power, because it has yet to pass laws mandating that utilities to create more renewable energy — a tactic used by 30 other states and Washington, D.C.

The utilities benefit from rules established generations ago that made them “regulated monopolies.”

“Large-scale solar investment remains the most economical and fairest way to advance solar energy for our customers while keeping our rates low,” FPL spokesman Mark Bubriski said in an email. “We also plan to triple our use of solar energy before the end of 2016.”

For people who want to wean themselves off the utilities, few options are left. State utilities were mandated to offer rebates for a few years, but after the mandate ended, FPL chose not to offer them any longer.

Self-described “tree hugger” Cynthia Schaefer, a financial planner who lives near Miami, said the $34,000 solar panel project installed on her rooftop was not financially feasible. Still, her goal of reducing her environmental impact drove her to figure out how to make it work. In the end — after two years of trying — she got an FPL rebate for $18,500, which shaved off more than half the upfront cost.

“It wouldn’t have made financial sense to do it without the rebate,” Schaefer said.

In the first month, the installation cut her electric bill by about $110 a month to $9.

FPL ended the rebates this year after the state program approved by regulators ended. The utility also said it believes they are unfair.

“It just doesn’t make sense to provide customers a cash incentive: That’s paid for by the rest of our customers,” Bubriski said about the rooftop solar panel rebates.

FPL and Tampa Electric said they wouldn’t comment on the initiative, which has about 100,000 of the 700,000 signatures needed to qualify for the 2016 election. A Duke spokesman said the company is studying it closely.

“If the initiative takes off, then the solar industry will take off,” McIntyre said.