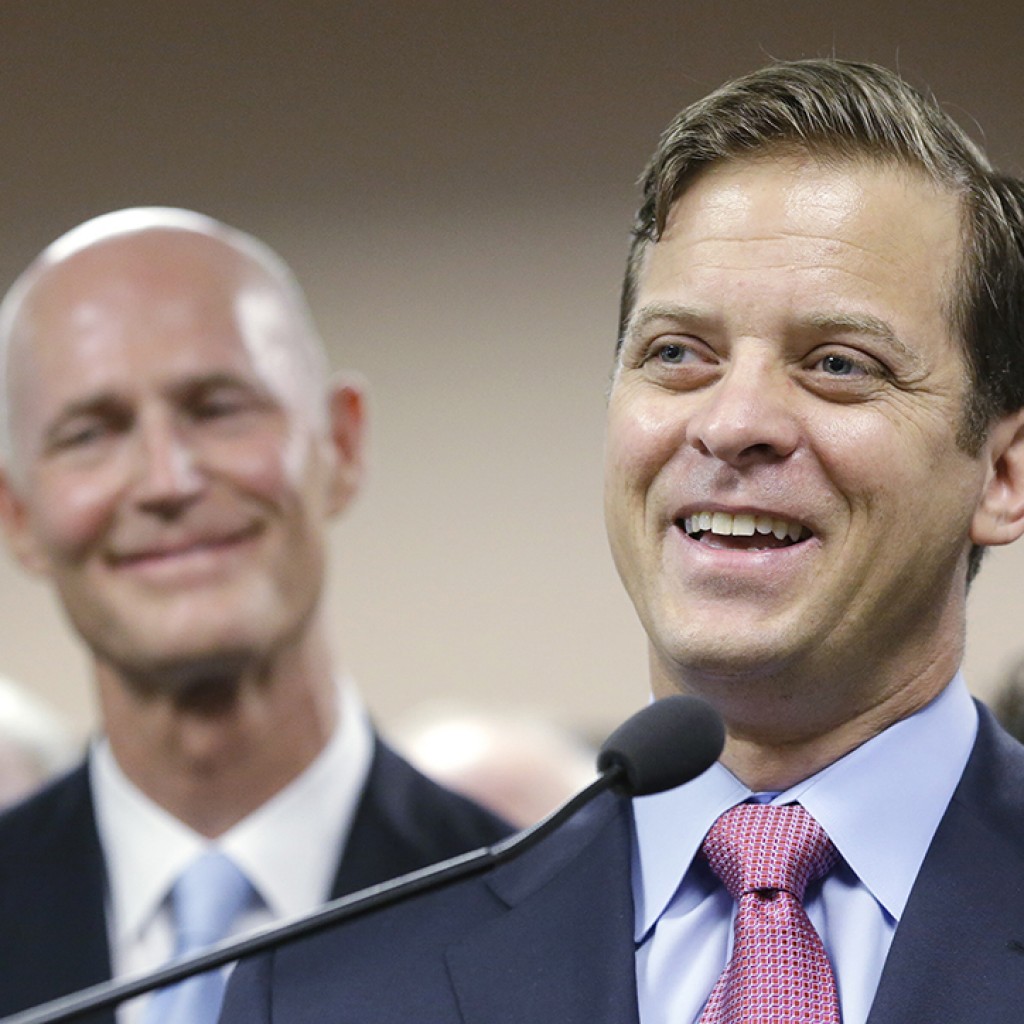 Before launching his U.S. Senate run, which is expected to come soon, Carlos Lopez-Cantera is getting blasted by Florida Democrats who already want him to drop out.

A new email from the Florida Democratic Party says last week was nothing but a headache for the Lieutenant Governor, who says he will announce a decision on Marco Rubio’s Senate seat July 15.

At issue with Democrats is not (necessarily) that Rick Scott’s No. 2 draws a state paycheck — around $125,000 per year — but what he actually does to earn a salary.

Some news organizations recently examined Lopez-Cantera’s schedule, uncovering significant gaps – several days with no scheduled events. They suggest that his inactivity would leave Lopez-Cantera more than enough time to mount a Senate campaign.

Several wonder if the Miami-Dade Republican’s cushy job played any role in the record-breaking vetoes by Scott for the state’s new $77 billion budget. Last week, the governor vetoed $461 million, much to the chagrin of Republicans who saw priorities vanish overnight.

“Many pundits discussing the governor’s vetoes also criticized Lieutenant Governor Carlos Lopez-Cantera for his silence or lack of action” on the state budget, said the Que Pasa newsletter from LSN Communications.

“Carlos Lopez-Cantera is from here,” adds Miami Mayor Tomas Regalado, “and he didn’t advocate for us or help influence the governor by explaining the importance of some of the projects he vetoed for our community.”

State Sen. Anitere Flores, another Miami Republican, defends Lopez-Cantera, even if it was a tad half-heartedly.

“The budget was signed behind closed doors,” Flores says. “I don’t think the lieutenant governor had a chance to talk to the governor about these issues … Rep. Jose Felix Diaz answered that, again … there was little time for anyone, including the Lt. Governor, to sit down with the Governor to opine.”

But that hasn’t stopped others from blasting Lopez-Cantera’s seemingly lackluster (or non-existent) job performance, calling a do-nothing lieutenant governor is simply part of Florida’s status quo.

“In the past, lieutenant governors haven’t had too much power in Florida, said Rudy Fernandez, a political consultant and former University of Miami Vice President of Government Affairs. “And in Lopez-Cantera’s case it looks like it hasn’t been different.”

“If I were Lopez-Cantera,” Amandi says. “I would resign from my post today in protest.”