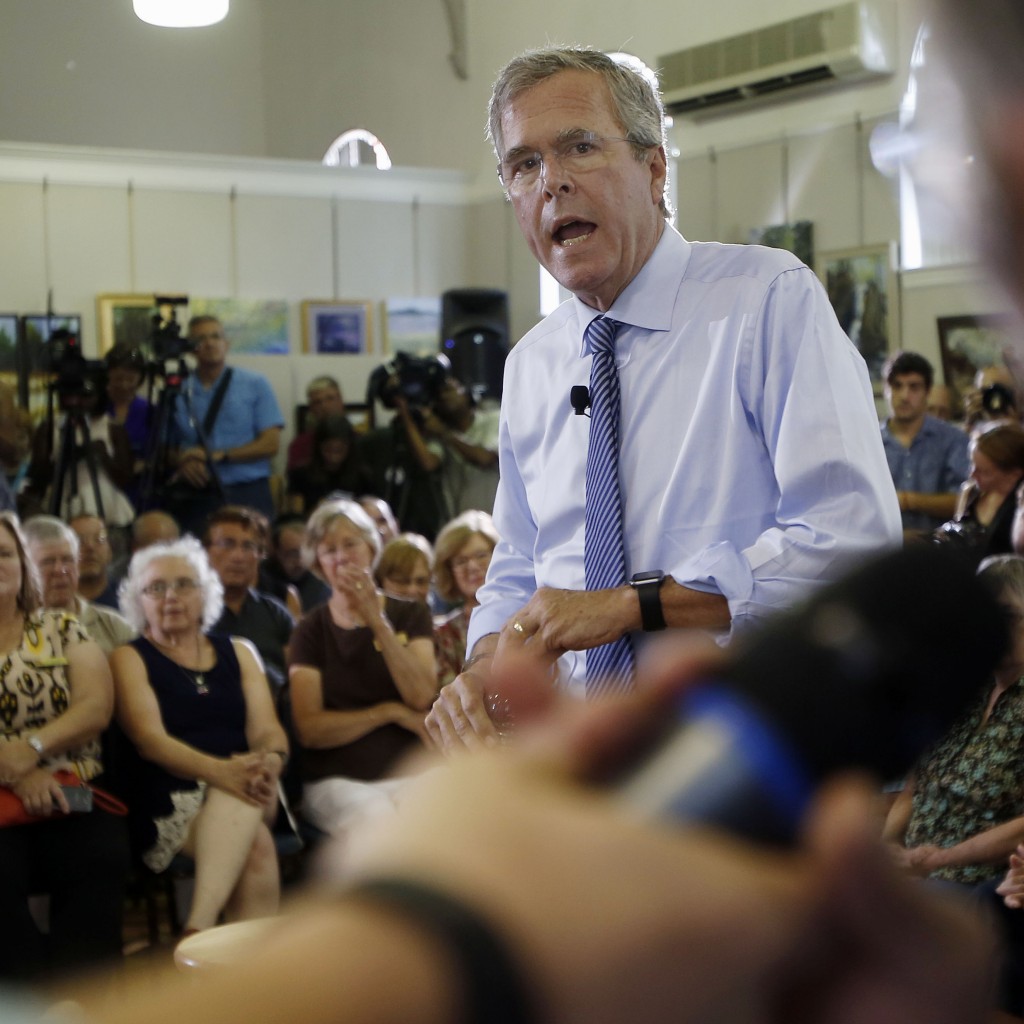 Former Florida Gov. Jeb Bush had been written off as “fading” or being too quiet with Donald Trump by some commentators and would-be experts in the pre-dawn of the 2016 presidential elections. Others took every minor refute he made toward Trump as a “weak retort.”

A Florida Republican strategist and a political scientist along I-4 disagree; both adding that Bush is carefully set for the next five months leading up to the Iowa caucuses.

Even Carl Hiaasen made note in a recent column about the seeming slowness of the campaign and offered his own humorous sets of advice for livening up the campaign.

But experts say Bush is ready to run hard.

If you are a golfer you might agree that the Bush campaign has been “laying up” – using an iron shot into the fairway instead of knocking the blazes out the ball trying to get on the green in one. Some of his primary opponents are landing in political sand traps and water hazards.

One-by-one many seem to be drawn into Trump’s sometimes outlandish ideas. Not Bush, they say.

Several of the Trump-forced “me too” crowd are themselves fading, according to Florida Southern College  political science professor and polling expert Bruce Anderson.

Anderson, a tennis player, said, “If laying up means no activity that certainly doesn’t fit Jeb. He and his team are gathering data furiously on Trump and the others in the race, and he is parsing the numbers.”

A recent article in a PGA publication was titled “Be Bold and Lay Up.”

It is a strategy of carefully planning the next step and watching the course carefully. Bush appears to be using that effectively.

“The bottom line is he is studying the negatives from Trump on issues on immigration and the rest of the controversial statements. And he is watching other candidates saying ‘Me too,’ or ‘Me too, but not quite as much,’” Anderson said.

While Bush did let himself be drawn into one Trumpism, that of the term anchor babies, most believe he will survive as voters begin to focus on Trump’s plan to deport 11 million illegal immigrants, the multimillion dollar wall, for which he says he will make Mexico pay, and removal of citizenship from those anchor babies.

“Jeb will know where everyone stands, and he’ll know positions he needs to take and know what mainstream issues to take. And when he does that, he is going to look like an old comfy chair that everyone knows,” Anderson said of the Bush candidate research.

Other candidates may not, he said.

“Cruz and Perry don’t appear to be going anywhere. Like them, Rubio has no money, and he has faded from the highs of a few months ago,” he said.

Adam Goodman, well-known principal Republican consultant of the Victory Group, said the primary is more like a multi-act play than a golfing metaphor. He noted that a candidate has to sustain him or herself over several acts.

Goodman said he purposefully is staying out of working for any candidate in the presidential primary race.

“The person to look for is (one with) solidity. In terms of organization, planning and finances you have to give it to Jeb,” he said. “He has the advantage of being in the top tier with strong positives. When he starts to move the play becomes more (successful) in following acts.”

As for Florida‘s other presidential candidate, Goodman said he doesn’t think Rubio is out of it.

“Success breeds resources,” he said. “If (Rubio) starts (movement) then the money will come. It can happen in a hurry. Every campaign consultant knows the essential in political theater – motivating voters.”

Well-known among candidates and their consultants, Goodman said, is the phrase: “Money follows momentum.”

Bush appears to have both, and it is for the rest of the candidates, outside of Trump, to find them.