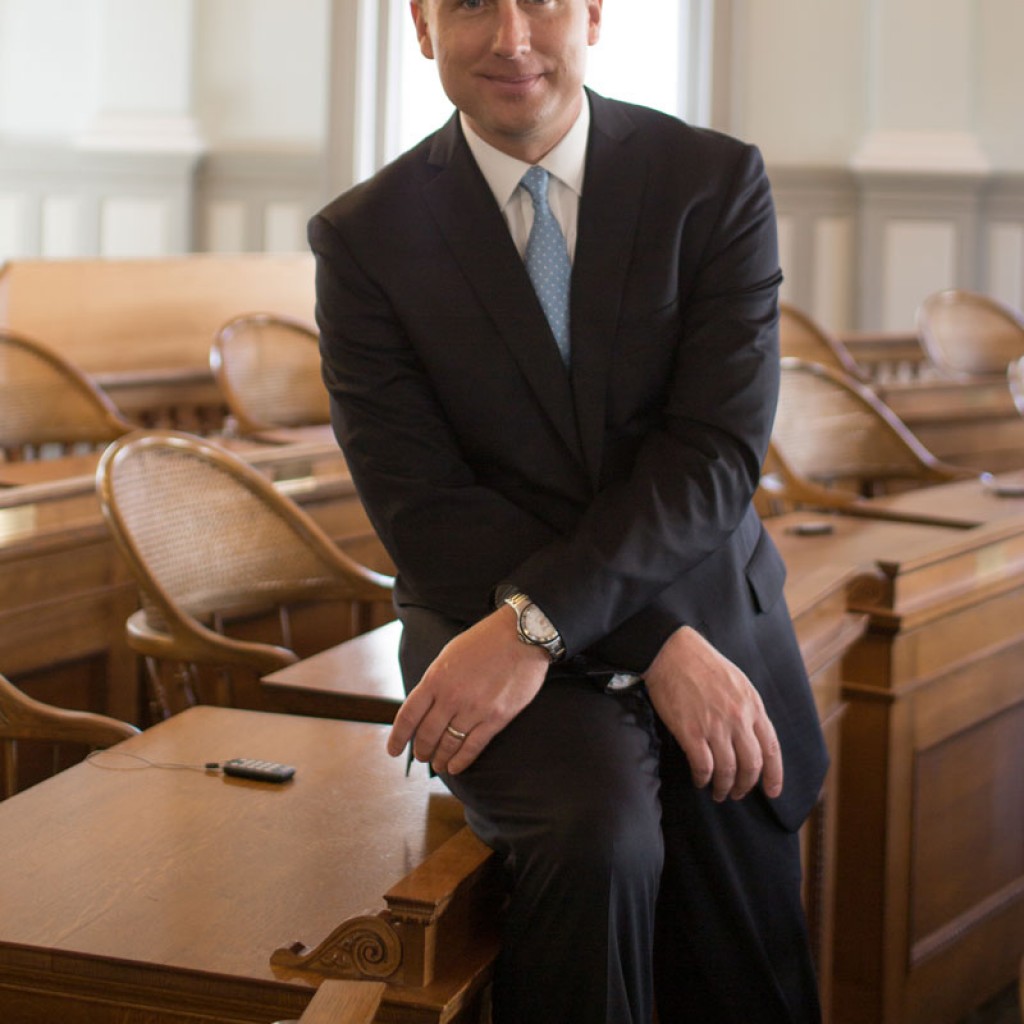 It’s been a while since our last installment of “4th Floor Files,” when we spoke with with Liberty Partners’ Thomas Hobbs in April.

We welcome you back to our series of Q&As with Tallahassee’s foremost influence professionals with our recent chat with Mark Anderson, a longtime Capitol lobbyist who runs a solo shop on Monroe Street.

We caught up the with the former Senate aide and proprietor of the Mark W. Anderson firm on Monday. Here’s his file, complete with a shout-out to our own Jim Rosica.

In 25 words or less, explain what you do.

Without using the words Democrat, Independent or Republican, conservative or liberal, describe your political persuasion.

During your career, have you had a favorite pro bono client?

Counting how many times people say that Session will either end early, extend, blow up or the “House and Senate aren’t getting along.”

What are you most looking forward to during the Legislative Session?

The last day of Session.

Professional accomplishment of which you are most proud?

Besides winning some big legislative victories as a lobbyist, one of my more memorable accomplishments actually happened during my first few hours as a brand new Senate aide.

I was informed that my senator would likely be running late to present his most controversial bill before the same committee which had killed the bill the prior year. My job was to let the chairman know that my senator was running late and, if necessary, have another member present the bill, but only to avoid the bill from being Temporarily Postponed (TP’d).

As luck would have it, my cenator was not in the room when the chair called his bill. I then rose to offer my proudly rehearsed explanation that my boss was running late. Halfway through my statement, my boss thankfully emerged from the back of the committee room and sat at the table.

When asked if he would like to present his bill, which everyone expected he would do, he instead publicly informed the chair that he would rather see ME present his bill. Long story short, the bill narrowly passed the committee and the Legislature that year.

Who is your favorite Florida Capitol Press Corps reporter?

A tie between Gray Rohrer and James Rosica.

What is your most treasured possession?

The best hotel in Florida is…

You’ve just learned that you will be hosting a morning talk show about Florida politics. Who are the first four guests you’d invite to appear?

I don’t have just one. Pretty much any John Hughes movie from the ’80’s, including “Ferris Bueller’s Day Off,” “Uncle Buck” and “The Breakfast Club” to Indiana Jones I (“Raiders of the Lost Ark”) and III (“The Last Crusade”), “Terminator” I and II, “Lost Boys,” “Casino,” “Gangs of New York,” “The Departed,” “Saving Private Ryan,” and “Apollo 13” to name a few.

When you pig out, what do you eat?

Haagen-Dazs Chocolate Peanut Butter Ice Cream or Banana Pudding (with the vanilla wafers). Whichever one is easiest to find.

If you could have dinner with a historical figure no longer living, who would it be?

Besides the obvious choices of George Washington and Abraham Lincoln, it would have to be Jesus Christ.