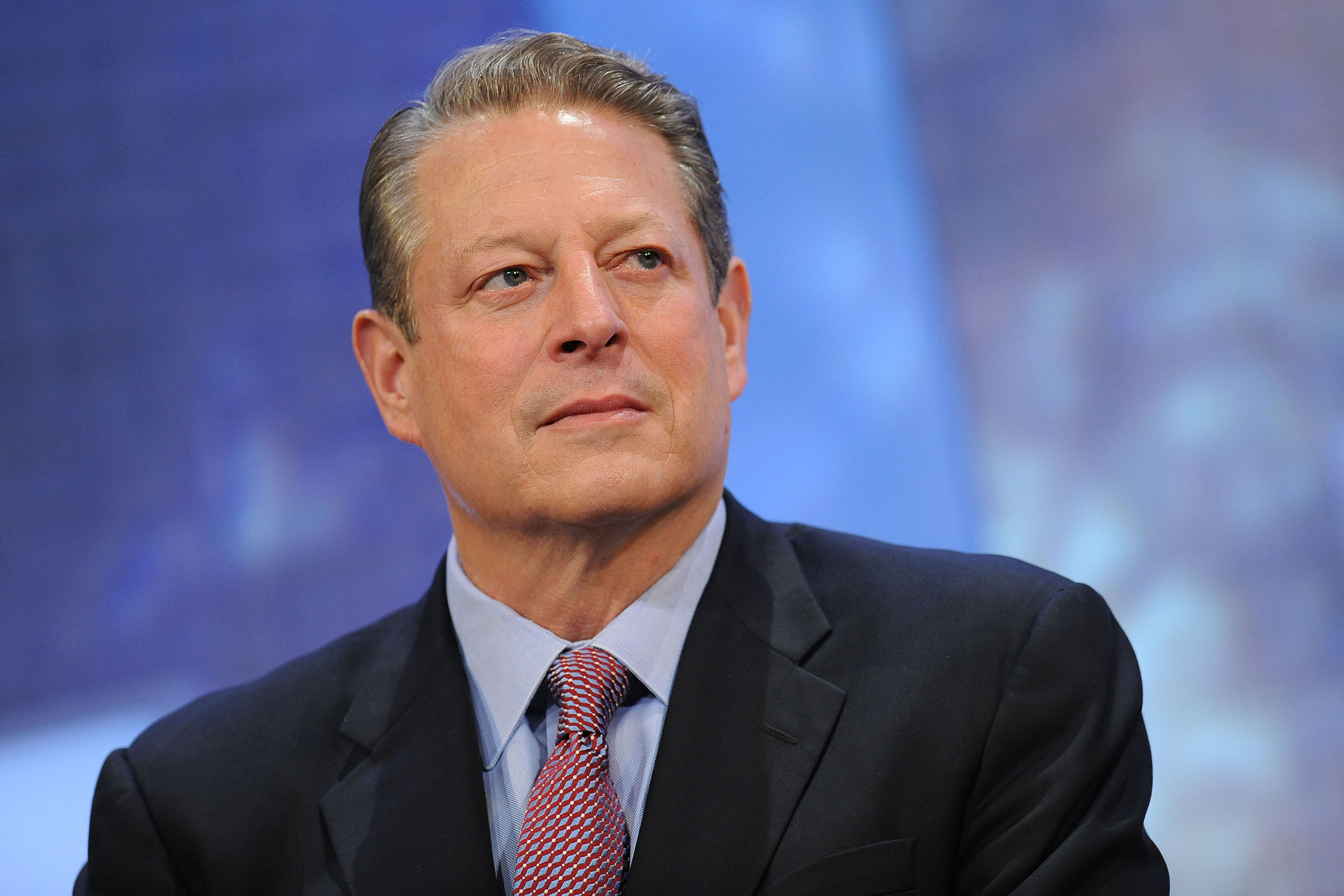 Former Vice President Al Gore – the man who came just 527 Floridian votes away from becoming president in 2000 – on Monday headlined a gathering of some 1,000 climate change activists and researchers in Miami, the nation’s ground zero when it comes to sea level rise and the political controversy surrounding it.

Gore gave an updated reprisal of the climate change presentation he made famous in 2006’s An Inconvenient Truth – known to devotees and critics alike as “The Slideshow” – as part of a three-day powwow under the banner of Gore’s Climate Change Reality Project, a group which aims to “catalyze a global solution to the climate crisis by making urgent action a necessity across every level of society.”

The organization, founded by Gore in 2006 following the release of the documentary film which chronicled the former Tennessee senator’s decades-long effort to raise public awareness of the warming trend which he insists is primarily man-made, is meeting in South Florida for a spate of training sessions and tutorials for activists seeking to mobilize climate and environmental science as a political issue.

“Must we change? Yes,” intoned Gore referring to prevailing global energy production and consumption practices. “Can we change? Yes. Will we change?”

“Well, the answer to that question is really why we’re here. That’s what brought you here,” said Gore to applause from the heavily international, decidedly left-leaning crowd.

“And we are winning. Sen. Bill Nelson talked this morning the message from [Pope Francis] coinciding with the president of China announcing a nationwide cap-and trade program,” said Gore before launching into a two-hour rendition of his signature presentation.

Attendees heard a two-hour version of Gore’s slideshow, updated to include new information regarding global climate trends, changes in international and domestic environmental policy and economic shifts in the relative prices and efficacy of traditional energy sources like fossil fuels compared with alternative sources of energy like wind farms and residential solar panels.

Gore riffed on many of the memes he made familiar to the general public via An Inconvenient Truth.

July of 2015, according to Gore, was the hottest month on record while climatologists have predicted – with “97 percent certainty,” per Gore – that 2015 will go down as the warmest year in recorded history.

The former second-in-command to President Bill Clinton quoted a pair of climate scientists who explicitly made the connection between rising temperatures and an apparent increase in severe weather events, saying that though it’s difficult to prove causality between an increasingly warmer climate and any one hurricane or tsunami, such catastrophes now take place in an altered ecological “context” which tends to create more energetic – and more destructive – weather events.

Scientist and television personality Bill Nye was recently skewered in the conservative press for making a similar claim, which global warming skeptics like environmental scientist Roger Pielke of the University of Colorado say is “misleading.”

At any rate, Gore nonetheless found a receptive audience in the ballroom of the downtown Miami Hyatt Regency hotel, who jeered when he invoked the name of Gov. Rick Scott.

Gore suggested Scott – whose administration’s purported sheepishness around climate change received national attention earlier this year – was willfully ignorant of rising sea levels in Miami and in his adopted hometown of Naples, which has invested millions in beach renourishment in recent years.

Dooley will address the conference Wednesday.

The majority of the tightly-controlled, highly stage-managed event’s agenda was not open to the press, including a question-and-answer session that followed Gore’s talk.

Gore will give brief introductory remarks to the group Tuesday morning, which will be open to the press, as will a panel discussions on sea level rise in Florida featuring climate scientists and coastal risk startup founder Albert Slap and a session on climate change’s portrayal in the media featuring MSNBC’s Chris Hayes and Elizabeth Kolbert of the New Yorker.