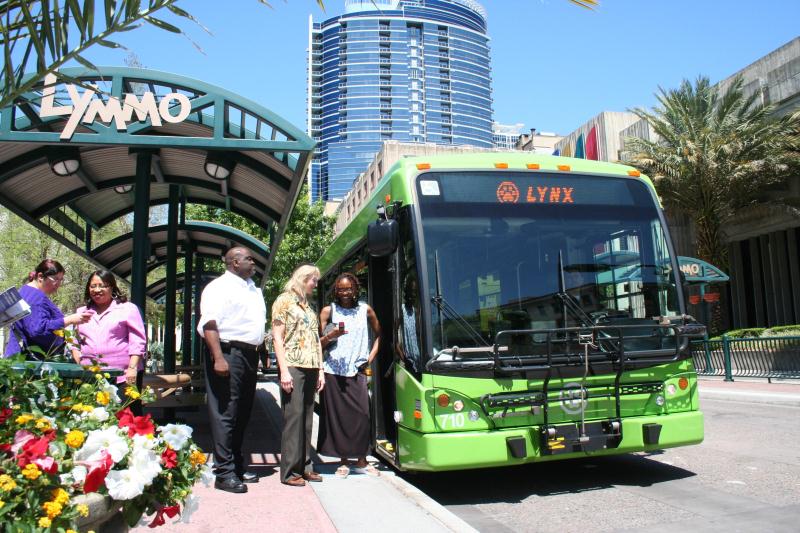 During public comment at the Orange County Commission meeting on Tuesday Morning Orange County Mayor Teresa Jacobs slammed a proposed bill that would expand the Central Florida Transportation Authority Board and privatize the LYNX bus system.

“I am vehemently against privatizing,” Jacobs said. “This board is against it. Buddy Dyer is against it. Osceola county has a resolution against it. Seminole County is against it. This is being led by the legislature. Sponsored by Bob Cortes, a dear friend and I’m surprised he’s sponsoring this bill.”

If passed, the board would expand to nine members: three elected officials from Orange, Osceola, and Seminole Counties; three lawmakers from the biggest cities in each of those counties (Orlando, Sanford, and Kissimmee); and three gubernatorial appointees that do not live in those cities.

The second major part of the bill authorizes the board to accept requests for proposals from private companies to govern the daily management of the authority’s operations, which include the embattled LYNX system.

Jacobs had previously told FloridaPolitics.com that more discussion was needed with all of the parties involved and the additional appointees would set board back in terms of accountability with the public.

Jacobs also reminded that everyone that for the past several years, the county, city of Orlando, and other municipalities had been trying to work with the Legislature for funding that would improve the system.

During Jacobs’s remarks, Nelson Betancourt also called for the board to oppose privatizing. Betancourt, who works as a nonprofit director, was pleased with what he heard.

“Fantastic. As citizens we have to be aware and alert. Public people need to know privatization is not good.”