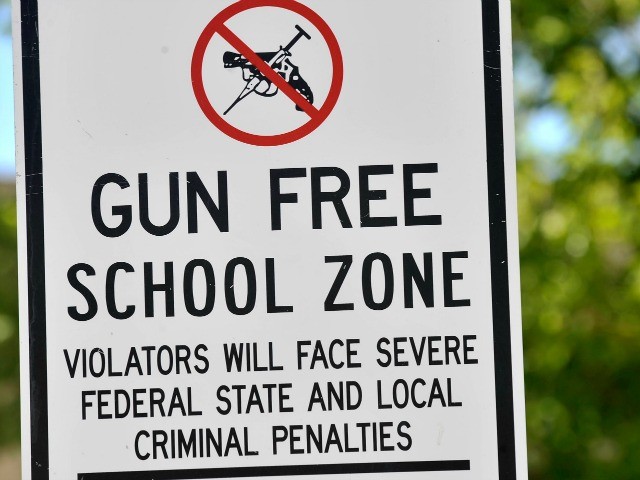 A bill that would allow people 21 and older with concealed-weapons licenses to carry guns on college and university campuses passed in the Florida House Judiciary Committee Thursday morning.

The bill (HB 4001), is sponsored by Sarasota Republican Greg Steube, who has been working to get guns allowed on school campuses since the Sandy Hook Elementary tragedy took place in Newtown, Connecticut, where 20 young children and six school administrators were killed in December 2012. In the past two sessions, he’s redirected his legislative energies toward getting a bill passed that allows guns on college campuses.

If the bill ultimately passes in the Legislature, Florida would be come the ninth state to allow concealed weapons on college campuses. Colorado, Idaho, Kansas, Mississippi, Oregon, Utah, Wisconsin and Texas have passed bills allowing concealed guns on campus.

Public discussion about the bill was mixed before the committee voted.

FSU student Shayna Lopez Rivas said she has been raped once on campus, and said the bill would protect somebody from that every happening again. “Pass this bill. Don’t leave me defenseless again,” she said. “This is not fantasy. This is my reality.”

Other students from FSU and UF also spoke in favor of the legislation, but there were other students who disagreed.

“We need to increase funding for security,” argued Austin Engelbrecht, director of the Office of Governmental Affairs at Florida State University, who called it a multifaceted issue.

Naples Republican Matt Hudson said hearing that only five of the state’s 28 public universities have security forces on their campuses disturbed him. He said the people arguing to maintain the status quo would allow further tragedies to occur on college campuses. “To leave it as is, I would argue that’s not working. You’re advocating that we not do anything about it. That’s flawed.”

The bill has bipartisan support in the committees: Tallahassee Democrat Michele Rehwinkle Vasilinda backed the bill, as she did when it came before the Legislature in the 2015 session.

University police chiefs and presidents in Florida oppose the bill. Palm Springs Democrat Dave Kerner went as far as to say, “It’s very clear that nobody wants this. There is no groundswell of support for this bill.”

St. Petersburg Democrat Dwight Dudley, said that as the father of three college-age daughters, he wants nothing to do with such legislation.

One of the arguments from those college presidents is that it would be an unfunded mandate, with the schools having to spend money to accommodate the new law. Representative Steube blasted that notion, reading aloud from an email from a University of Florida International police chief who said that the campus would have to pay for bullet resistant windows in certain parts of the administration building, a cost that he questioned.

The bill will now go before the entire House when the 2016 Legislative Session officially begins in January.