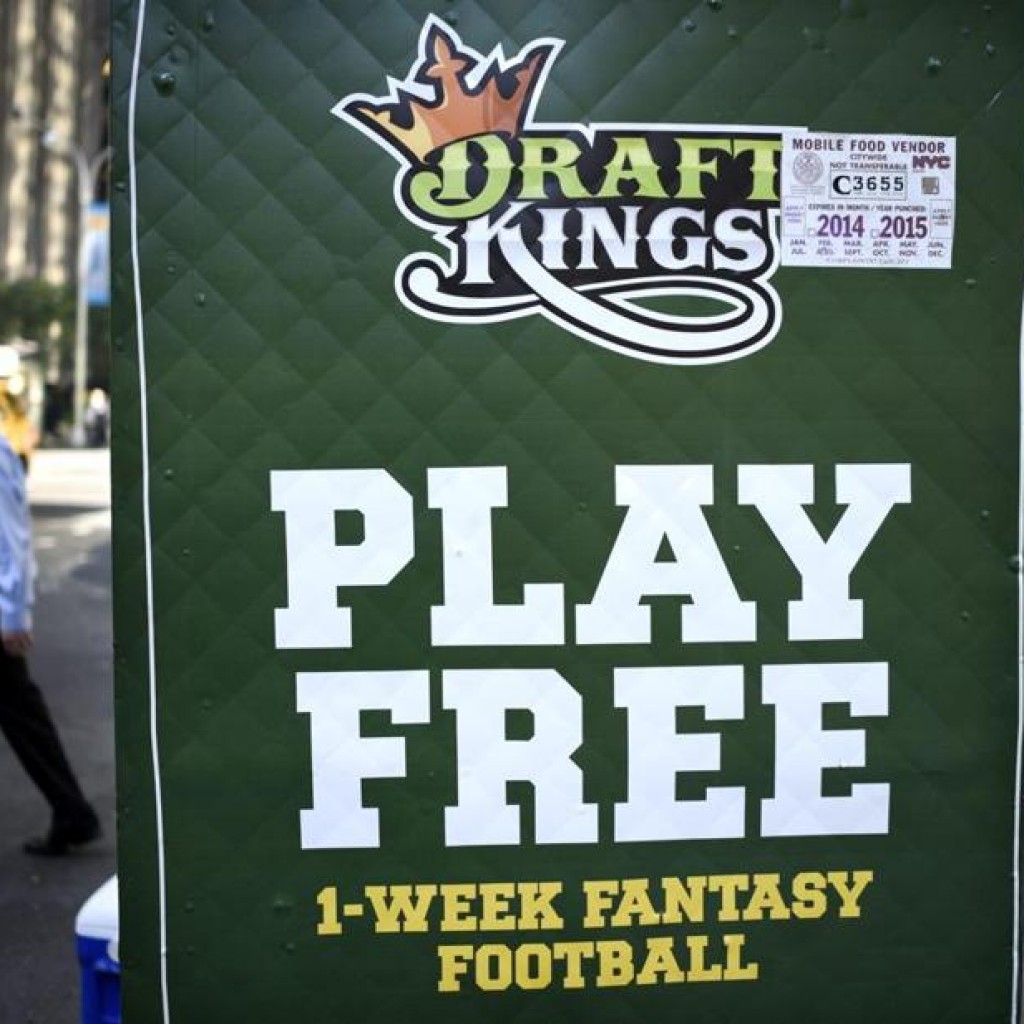 Daily fantasy sports companies such as FanDuel and Boston-based DraftKings would be allowed to continue operating in Massachusetts, but with age and advertising restrictions, disclosure requirements and other new rules proposed Thursday by the state’s attorney general.

Maura Healey announced what she called an aggressive, first-in-the-nation plan to regulate the websites after her office spent several weeks reviewing whether the contests were legal in the state.

“This is an industry that cries out for transparency and robust consumer protection,” she said. “These are games you carry around with you in your pocket and lose money at the touch of a button.”

Among the regulations would be a ban on anyone under 21 participating and a ban on advertising or promotion of the contests at schools or college campuses. Professional athletes and others connected to pro sports would also be banned from entering contests in their particular sport.

Most players would be limited to depositing $1,000 per month on games, and the companies would be required to identify “highly-experienced” players on all contest platforms and offer “beginner” games that would be off limits to the more experienced players.

Contests involving college sports would also be banned in Massachusetts, and daily fantasy sports would be prohibited from extending credit to players.

FanDuel, in a statement, said Healey’s proposals made “a tremendous amount of sense,” while adding that they would offer more feedback on them in the coming weeks. The company said it also welcomed the opportunity to work with attorneys general and lawmakers in developing “fair regulations” in other states.

DraftKings also said it planned to issue a statement.

Several states have been scrutinizing daily fantasy sports recently, considering whether the games should be treated like other forms of gambling. The sites drew attention earlier this year with an ad blitz ahead of the NFL season – football is by far the most popular fantasy sport – and scandal after a DraftKings employee won $350,000 in a FanDuel contest. The companies say there was no wrongdoing, but lawmakers on several levels began questioning whether the games are or should be legal.

Nevada restricted daily fantasy sports there to those with gambling licenses, while New York’s attorney general is challenging DraftKings and FanDuel there by calling the offerings illegal games of chance. DraftKings and FanDuel disagree and are arguing in the state’s Supreme Court to stay open in one of their biggest customer bases.

Supporters of fantasy sports have long argued that a provision in a 2006 federal law allows them to operate freely in 45 states that don’t have specific prohibitions on the contests.

Healey, a Democrat, has taken a more measured approach than her counterpart in New York, despite her past opposition to gambling. She supported an unsuccessful effort last year to repeal a state law that allows casino gambling.

While she considers fantasy sports a form of gambling, the attorney general has repeatedly said it is not necessarily a form of illegal gambling.

Massachusetts Gov. Charlie Baker, a Republican, has said he thinks fantasy sports is a game of skill, and legal under state law.

The rules proposed by Healey would not take effect immediately: They require a two-month comment period and a hearing before they become official. But Healey said she hoped the companies would move to immediately adopt the regulations, which do not require legislative approval.

Healey said she wants to level the playing field for average fans.

“There is a very small subset of professional players who use sophisticated software and algorithms and through their experience, through their expertise, are in fact able to win the vast majority of these contests,” said Healey, who said she has not tried the games herself.

FanDuel and DraftKings say that the ability for professionals to win consistently shows daily fantasy is a game of skill.

Healey, a one-time Harvard University basketball star, said she called for the ban on contests involving college sports because she did not believe that contests should be based on games involving amateur student athletes.