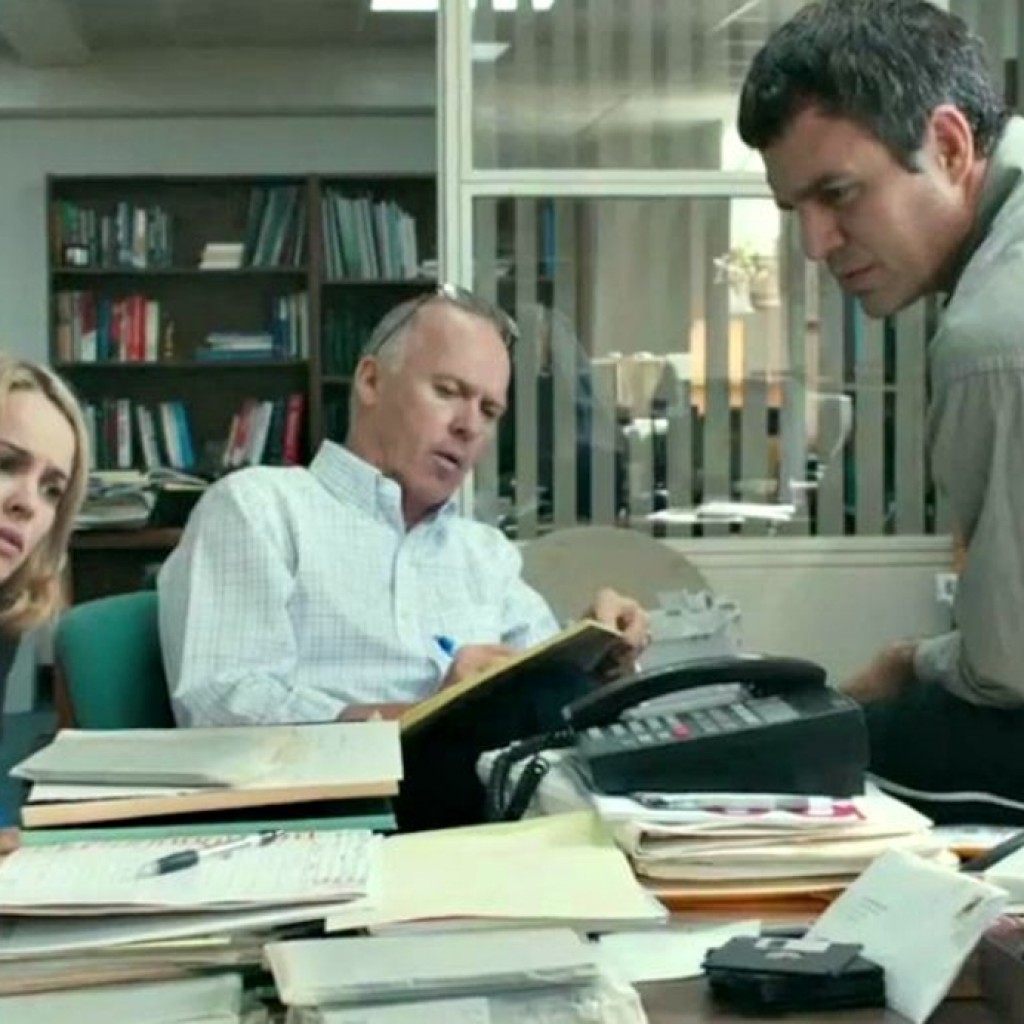 If you want to be simultaneously appalled and inspired, go see the movie “Spotlight.”

It’s about The Boston Globe’s 2001-2002 Pulitzer Prize-winning investigation into the Boston archdiocese’s decades-long cover-up of child sex abuse by its priests and brothers.

The film is unusual because it portrays people doing actual journalism. There are no gaggles of goofballs with microphones shouting stupid questions in a hallway.

“Spotlight,” the name of the newspaper’s investigative team, shows that quality journalism is usually the result of a dogged slog.

One of the heroes is Marty Baron,  a Tampa-born guy who as the Globe’s new editor in 2001 asked some unpleasant questions about the paper’s coverage of the scandal.

The investigative team found the disturbing answers: that the archdiocese knew about the extent of the abuse for decades and used its considerable money and power to cover it up.

Baron is now the editor of The Washington Post, but he started his journalism career at the Miami Herald in 1976. After stints at other major papers, he returned to the Herald in 2000 as the executive editor, just in time to grapple with the disputed presidential vote.

He pursued that debacle with the same determination he showed in Boston.

“Marty said we were going to do our own recount, every vote, in all 67 of Florida’s counties,” Herald Managing Editor Rick Hirsch said in an email this past week. “It was an audacious undertaking.”

But sorting out the Florida vote wasn’t as dicey as challenging the Catholic Church in Boston. The Globe reporters and editors were demanding information from one of the city’s most powerful institutions and its skilled attorneys.

Influential Bostonians repeatedly implied to the Globe journalists that Baron was a Jewish careerist who didn’t understand or care about Catholic Boston.

I recognized that sentiment. I grew up in an Irish Catholic home in New Jersey and attended a Catholic seminary for high school. My Irish-born grandfather lived with us and he urged me at a young age to be a priest.

“You get three meals a day, a roof over your head and new suit of clothes,” Patrick Gilroy told me. Apparently that was opulence in 1890s Ireland.

So I had to laugh during “Spotlight” when a reporter asked one abuse victim what his mother did when representatives of the archdiocese came their home to arrange a settlement and assure silence.

That reverence for the church is long gone, in large part because the church was more worried about the predators than the prey.

For those of you who have only a vague understanding of the scandal,  I recommend another movie: “Mea Maxima Culpa.” That means “my most grievous fault.”

The 2012 documentary tells the story of four deaf men who were sexually abused while they were students at the St. John School for the Deaf near Milwaukee, Wisconsin. When they became adults and demanded justice, they found the kind of church resistance the Globe journalists confronted.

The men persisted, though, and their efforts exposed widespread child sex abuse in the Milwaukee archdiocese. In the past 20 years, the archdiocese has paid out more than $29 million to settle 200 cases.

The Milwaukee case, the Globe stories and hundreds of other legal cases and media investigations have revealed that Catholic clergy abused children around the world, and that the Vatican was aware of the abuse and complicit in keeping it secret.

The Globe is still reporting on the scandal. This is from a story earlier this month.

“At least 271 clergy — a mix of permanent and visiting priests, pastors, chaplains, deacons, religious order clerics, and nuns — have been publicly accused of child sex abuse in the Boston archdiocese, according to a Globe review.”

So, kudos to the victims, journalists, attorneys, advocates, and outraged clergy within the church itself who refused to yield to threats and power.

I presume the cost of the lawsuits, the embarrassing media coverage and the empty pews on Sundays have forced the church to reform. I presume all those kids in their Catholic school uniforms are safe when they go to school and church.

But I’d advise their parents to be less trusting and deferential and more vigilant and skeptical.

Tom O’Hara is a veteran newspaperman. He is the former managing editor of The Palm Beach Post and The Plain Dealer in Cleveland, Ohio.

previousDr. Marc J. Yacht: The elephants in the room