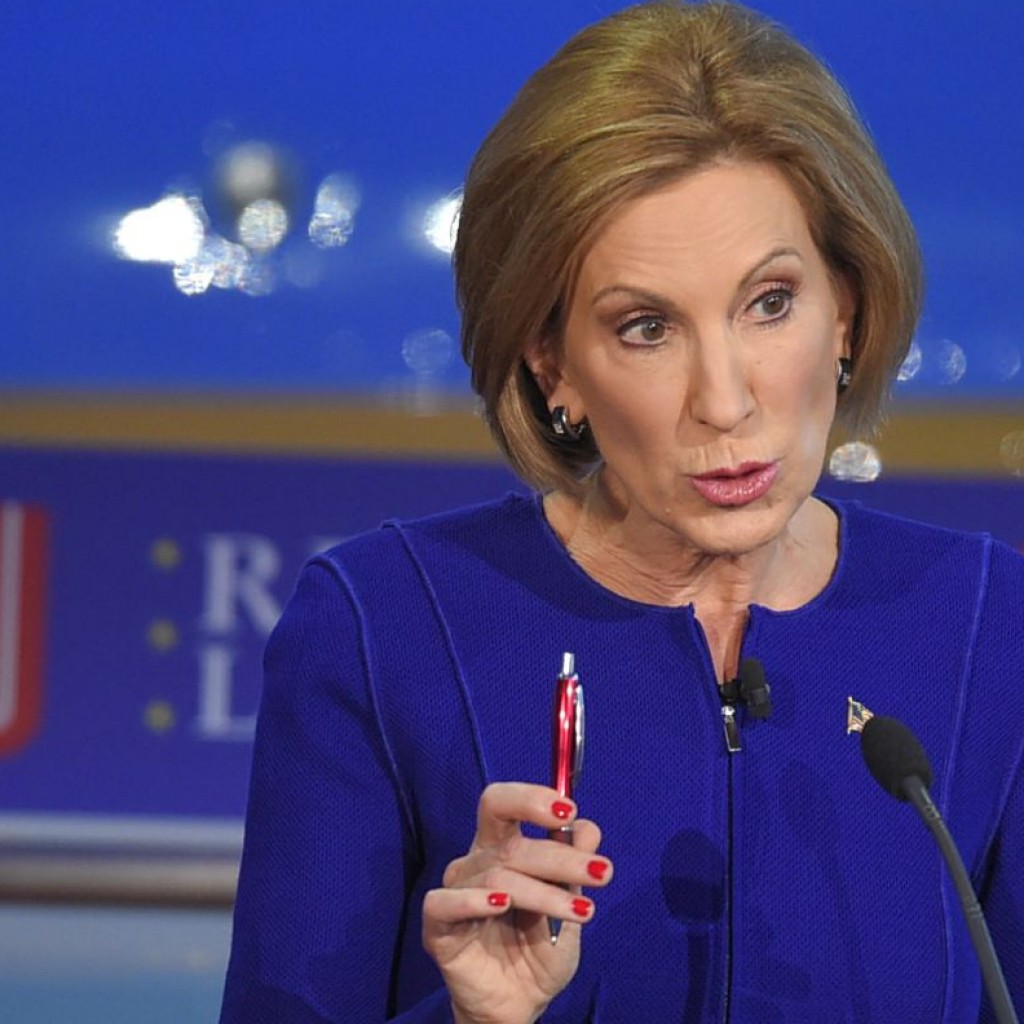 Recently, Trump alleged that after the Sept. 11, 2001, attacks he saw people cheering in New Jersey, “where you have a large Arab population.”

He later was castigated for mocking the appearance of a New York Times reporter with a physical disability after that reporter pointed out that his cheering claims had been widely disproved.

“The media falls for it every time (and) shows it over and over and over again,” Fiorina said. “It’s good for his ratings. He’s an entertainer (but) it’s not what a leader does.

“Challenge him,” Fiorina went on. “That’s a pattern of an entertainer. It’s not the pattern of a leader and the pattern that I see is a man who seems to only feel big when he’s trying to make other people look small. And I think it makes Donald Trump look the smallest of all.”

A heavily armed county worker and his wife killed 14 people and wounded 17 others, targeting his co-workers from the Department of Public Health who were holding a celebration. The carnage happened at the Inland Regional Center, which helps people with disabilities find work, get treatment, housing and transportation.

But she added that renewing calls for gun control wasn’t the answer to prevent future tragedies.

“I think one of the things we should be doing, and we’re clearly not doing, is prosecuting those people who shouldn’t have guns,” Fiorina said. “I think it’s ideology, not common sense, that causes the left wing, every time in a knee-jerk reaction, to say the answer here is more laws when we’re not enforcing the laws we have. Let’s start by enforcing the laws we have.”