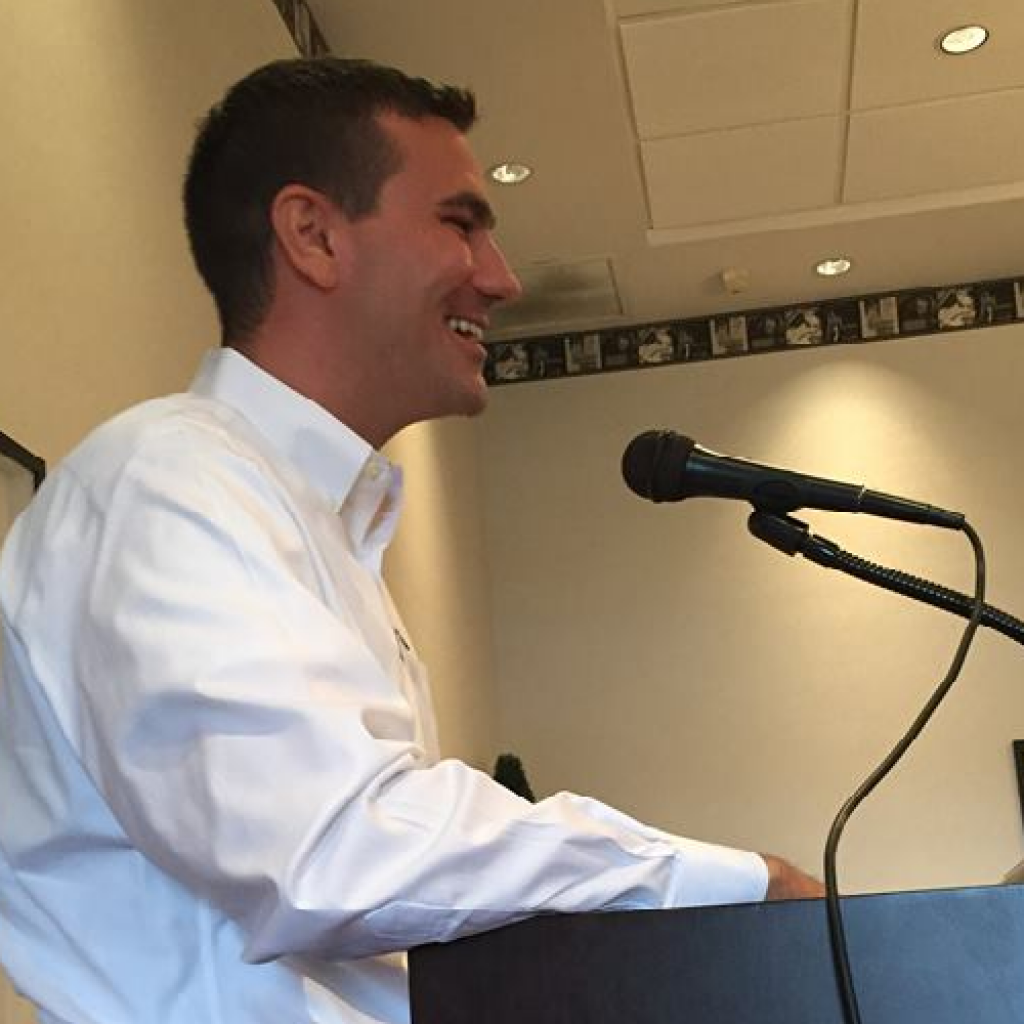 Once upon a time, Florida’s 11th Congressional District – which now encompasses Hernando, Citrus, Sumter and Marion counties – was held by a Democrat.

Her name was Karen Thurman. Thurman lost to Republican Ginny Brown-Waite in 2002, and since that time, the seat has remained safely in GOP control, and that scenario doesn’t appear to be changing anytime soon.

After GOP incumbent Rich Nugent announced last month that he would not run for re-election in 2016, Justin Grabelle, his 33-year-old chief-of-staff, immediately announced he would run to succeed his boss, and swiftly received Nugent’s endorsement.  The move appears to have frozen the rest of the Republican field, with a possible exception that we’ll discuss below.

The affable Grabelle, a resident of Ocala, says he doesn’t differentiate much from Nugent’s fairly conservative bent. In an interview conducted at the Silverthorn Country Club in Brooksville before a fundraising event last Thursday, Grabelle emphasizes that he doesn’t want to go to Washington to become a charter member of the Party of No, as House Republicans have sometimes been characterized, but instead wants to try to find common cause with Democrats on the issues that the two parties do agree on to get results for the voters of CD 11.

Like his take on guns. Speaking about 24 hours after the shocking massacre in San Bernadino,  Grabelle was frustratingly vague in talking about what he’d like to see happen, but more than quick to talk says what shouldn’t take place.

“I think it’s indicative of a larger problem that D.C has, which is both sides want to focus on the things that they disagree on, rather than the stuff that we do agree,” he said, a reference to how President Barack Obama and some Democrats said the issue was the easy availability of guns. “I think mental health is a place where there’s a common thread between almost all of these incidents.

Whether it’s on focusing exclusively on border security when talking about immigration, or when discussing those immigrants who come to the U.S. via travel visas, Grabelle says there’s too much division and inaction going on in Washington, when there are ideas on the table that could be approved now.

Regarding guns, he says he holds a concealed gun permit in Florida, but backs away from giving his views about some proposals being debated in Tallahassee: an open carry law, and a law that would allow guns on college campuses.

“Look, running for a federal office, and I think it’s great to have states in control of that, I think we need to do more of that. We talked about the balance of powers, we also need to bring a balance back between the fed govt and the state goverment. That’s gotten totally out of whack. I mean the 10th Amendment is pretty clear, what’s not laid out in the Constitution is the priority of the states,” he said.

Grabelle is a big states rights proponent, and thinks that the executive branch has usurped too much power – not just during the Obama and George W. Bush presidencies, but over the course of the last century.

He says probably the biggest issue that the voters he speaks to are concerned about is the federal deficit, which is why he supports a balanced budget amendment.

One area where he will get specific is on who to combat the Islamic State. He supports sending ground troops to go after the group, but only in Iraq, not Syria.

“The unknowns are too great,” he says about trying to take down the Assad government. “You have a government fighting for its power. You have separatists groups fighting to gain power. You have ISIS. You have Turkey. You have Russia. You have all of these things going on here, you don’t know what to do there, but in Iraq I think it’s much simpler. We know we have an ally we can work with, the Iraqi government and also with the Kurds.”

Grabelle has time to get even more schooled on the issues , but it appears he’s about to challenged for the GOP nomination for CD 11 at this point.

Late Monday, Brown-Waite and state Sen. Wilton Simpson endorsed a candidate who isn’t even in the race yet, Kelly Rice, a Sumter County cattle rancher and Realtor. The Tampa Bay Times reported that Brown-Waite was critical of Grabelle, saying, “I actually demoted Justin. I was hoping he would grow into the job and it just wasn’t there … I know six years have elapsed, but I’m not sure six years is enough.”

Last week, the Florida Supreme Court certified a new congressional map in Florida, and one of the direct casualties is District 10 U.S. Rep. Daniel Webster. The newly drawn up CD 10 makes it extremely hard for a Republican to compete, leading to speculation that if he wanted to continue his political career, he can attempt to run in CD 11 with Nugent’s departure.

Last month in a statement, Webster said, “During my time in public service, I have represented various parts of Central Florida, and am exploring all possibilities for future service.”

The Grabelle campaign doesn’t sound too concerned about a possible Webster run, at least now now.

“Justin thinks that the community deserves a representative who has been around the community for a long time and understands its needs, and is a part of it,” said Nick Catroppo, Grabelle’s campaign manager.