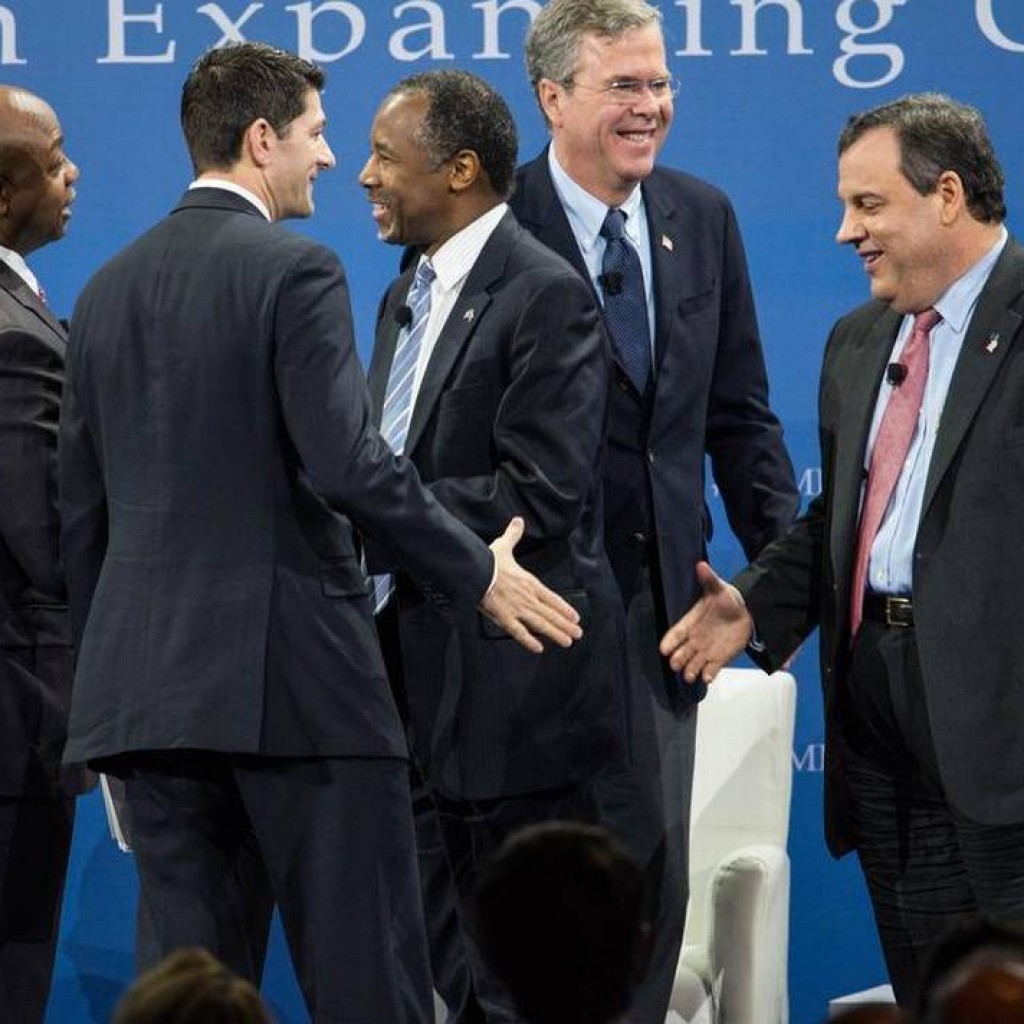 For all the passionate support Donald Trump has amassed in New Hampshire, many Republicans and independent voters are just as passionate about not voting for Donald Trump.

They are an enticing target for the pack of Republicans off the front-runner’s pace, who seek to turn a second-place finish in the nation’s first primary — or maybe even an upset win — into validation they’re the candidate best able to challenge the brash real estate billionaire in South Carolina and beyond.

Those voters are grappling with the weight of the world, as they take in town halls with Chris Christie and Jeb Bush, and attend rallies with Marco Rubio and meet and greets with John Kasich.

“I only have, like, six weeks to make up my mind, and this is making me sick,” said Linda Fournier of Salem, who’s been keeping a close eye on the contest for nearly a year. “I actually go to bed at night worrying about this. This is just one vote, but it’s so important to me.”

Those four candidates are generally viewed as able to win over a GOP establishment worried about the prospect of Trump or Texas Sen. Ted Cruz as their party’s nominee. They combine for about 45 percent of support in recent preference polls — enough to top Trump as one bloc, but fall far short split among them.

New evidence of the intensity among the four is manifesting itself in the form of escalating attacks in ads, in interviews and at their events. The men all share similar ideas about policy and politics, but their pitches to voters differ as they seek to come out on top.

What they all agree on: It’s in New Hampshire where their White House aspirations may find life — or come to an end.

“You are among the most powerful people in the world right now,” Christie told voters at a recent town hall with the Manchester Rotary Club. “You and you alone will decide who the other 48 states have to pick from to be the Republican nominee for president of the United States.”

For Christie, the New Jersey governor who thrives on one-on-one interaction, the setting of choice has been town halls. Christie seeks to present himself as a relatable everyman, peppering the events with life stories and personal anecdotes, weaving between well-tested tear-jerkers and lines that leave participants laughing out loud.

The free-wheeling events often stretch on for two hours or more, and attendees routinely walk away impressed. “He’s very down-to-earth. He cares,” said Anne Kagen, a nursing assistant from Manchester. “I like the way that he’s outspoken and right on point,” said George Castonguay, a fuel service technician from Manchester.

Since the attacks in Paris and San Bernardino, Christie has increasingly put the focus on his record as a U.S. attorney, the job he held before he was governor. He calls himself a battle-tested crime fighter who has the fire to appeal to Trump voters who are angry about the country’s direction, but comes with the executive governing experience the former reality TV star lacks.

He’s also tried to keep the focus on Hillary Clinton, making the case that he is the most prepared to take on the Democratic front-runner in the general election.

“The American people, and this is getting more acute to me every day, understand that they need somebody from outside of Washington D.C., and somebody who is going to be strong and tough and honest,” Christie recently said. “I just don’t think Hillary Clinton fills any of those four.”

Bush, the former Florida governor, has spent much of the race trying to convince voters that he’s the candidate they need, even though he may not be the one who excites them most.

In mid-December, Bush moved away from his on-and-off, sometimes indirect jabs at Trump. In its place came an uninhibited attack on the national GOP front-runner, who Bush calls the “chaos candidate” as he mocks his debate answers and policy proposals. “These are serious times. We need a serious leader,” Bush told voters recently in Littleton, offering himself as just such a leader.

With his penchant for promoting what he calls “disruptive” policy reform, Bush presents his eight years as governor of Florida as the centerpiece of his candidacy. He touts Florida as “a diverse, vibrant” place, and a perennial swing state worth a whopping 29 electoral votes. He says often, “I know how to do this, because I was governor.”

In Dover last week Tuesday, Bush stood with arms crossed and head cocked staring at John Polychronis as the Dover Republican asked whether the spike in heroin abuse in the state meant American youth had lost faith in government.

Bush replied that he does not possess answers to all of the nation’s ills, but pledged to work hard to find the answers if elected. “The way you restore confidence is by rolling up your sleeves and fixing things,” Bush said.

“I like Marco Rubio because he’s moderate,” said Nancy Novelline-Clayburgh, a Republican voter from Portsmouth. “But Jeb Bush did a fantastic job as governor. And I think we’re better off electing a governor.”

Florida Senator Rubio centers his campaign pitch on his personal biography, attempting to craft an aspirational message that appeals to voters across a broad spectrum of the Republican Party.

Rubio weaves together his past, as the son of Cuban immigrants who never led a rich lifestyle, with his present, particularly, his role as a young father seeking to give his children a brighter future.

And while Rubio is fighting to be the mainstream alternative to Trump, he’s actively trying to distance himself from the “establishment” label. He often talks about his successful run for U.S. Senate in 2010, when he ran in a GOP primary against the state’s sitting governor.

“When I decided to run for president, many of the same people in the establishment said, ‘You can’t run, it’s not your turn, you need to wait,’ and my answer’s, ‘Wait for what?'” Rubio says often.

Rubio spent considerably less time in New Hampshire in the summer and fall than did Christie, Kasich and Bush, a fact that voters noticed. But he’s spent more time in the state in recent weeks, and he’s looser on the stump, too, tossing jokes into his remarks, staying longer to mingle with voters and taking more questions.

“I know we have one more event after this, but I don’t want to leave without taking at least one more question,” Rubio said recently in Raymond at the third of four events that day.

Like Rubio, Ohio Gov. John Kasich makes his life story a key part of his pitch. “First of all, I think it’s important for you to know that I grew up the son of a mailman, my dad carried mail on his back for 29 years. His father was a coal miner and my grandfather died of black lung as he was losing his eyesight,” he began a recent town hall in Hooksett.

It was his 50th town hall in the state and he marked the occasion with a giant red, white and blue American flag cake. They are events where he stresses his record as governor of a key swing state and his work in Congress as the chair of the House Budget Committee, while adding that he’s prepared to buck the Republican establishment — and has on issues such as expanding Medicaid.

“I’m talking to everybody, because I feel like it’s a message that can connect with everyone,” Kasich said. “That’s why I’m optimistic, and frankly it’s why we’re doing better and better up here.”

In 2012, nearly half of GOP primary voters in New Hampshire said they made their decision on election day, or in the days just prior to casting a ballot. It makes the next month crucial for those who seek to catch up to Trump.

“This is when the vast majority of voters will get engaged and start making their minds,” said Jennifer Horn, the chair of the state Republican Party.

And with a month to go before the Feb. 9 primary, those competing for their favor still have work to do.

“I don’t think we’ve ever had a campaign like this before,” said Catherine Johnson, an independent voter who plans to vote in the GOP primary. “I feel like for once in my lifetime my vote actually really makes a difference.”