Pro-school vouchers rally expected to draw 10,000 to Tallahassee on Tuesday 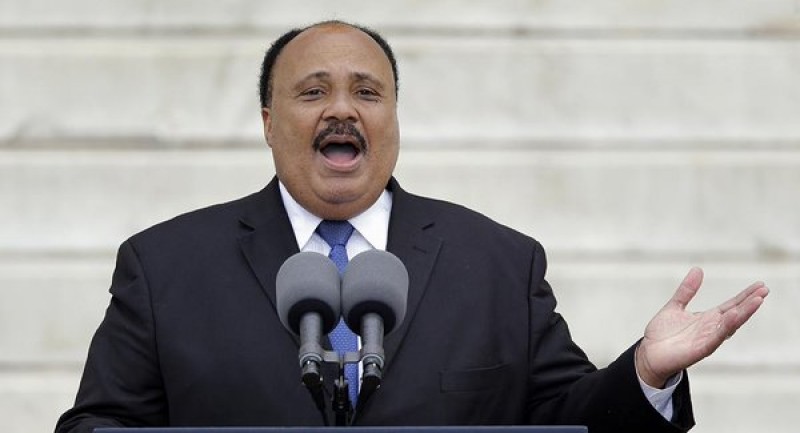 Martin Luther King III, the oldest son of Dr. Martin Luther King Jr., will lead a march and rally in downtown Tallahassee on Tuesday in support of Florida’s Tax Credit Scholarship that is expected to attract several thousand participants and spectators.

News of the event was posted last week on LobbyTools‘ agenda calendar feature. On Friday, Capitol Police director Chris Connell sent an advisory to state workers that “organizers are busing in people from around the state and are planning for approximately 10,000 people to attend the rally.”

“This event may significantly impact traffic and parking around the Capitol Complex during this period,” Connell wrote. Tuesday will be the first day of the workweek for state government; offices are closed Monday for Martin Luther King Jr. Day, the federal holiday memorializing the slain civil-rights leader.

A news release explained that “rally participants will … urge the Florida teachers’ union to ‘drop the suit’ against the Florida Tax Credit Scholarship, claiming that an end to the scholarship would harm Florida’s minority and low-income students.”

The Florida Education Association (FEA), which held its own rally for public education outside the Capitol last week, sued the state in 2014 over the program, saying it was unconstitutional.

The scholarships, also known as school vouchers, can be used by students to attend private and religious schools.

Companies provide money for private-school scholarships for disadvantaged children, and then get tax credits equal to their donations. The FEA, however, has long opposed school vouchers.

Circuit Judge George Reynolds dismissed the case last year, in part saying the FEA and other plaintiffs lacked the proper legal standing to sue. The plaintiffs then appealed to the 1st District Court of Appeal, where the matter is pending, dockets show.

The march is scheduled to begin at 10 a.m. Tuesday from the Tallahassee-Leon County Civic Center along Pensacola Street to Duval Street for the rally, planned for 11:30 a.m.-12:30 p.m.

Connell’s email said the city plans to close Duval Street at 8 p.m. Monday “to allow for the construction of a large stage in the roadway” at Duval and Madison streets. Traffic will be blocked from entering Duval Street until about 2 p.m. Tuesday.

“The city will need to close St. Augustine Street in between (state parking) Lot D and the Supreme Court to prevent vehicle traffic from approaching Duval Street,” Connell wrote. “The Tallahassee Police Department has agreed to allow state employees to access Lot D in the morning until the event begins at 10 a.m.

“Employees attempting to access Lot D on the St. Augustine or Duval side will need to approach from Bronough Street and be prepared to show their state employee identification,” the email added.

“To insure the safety of pedestrians attending the event, vehicles will not be allowed to exit Lot D until the event ends at noon. Capitol Police Officers will be available in the Knott Building parking lot to assist employees that need to exit during the event.”