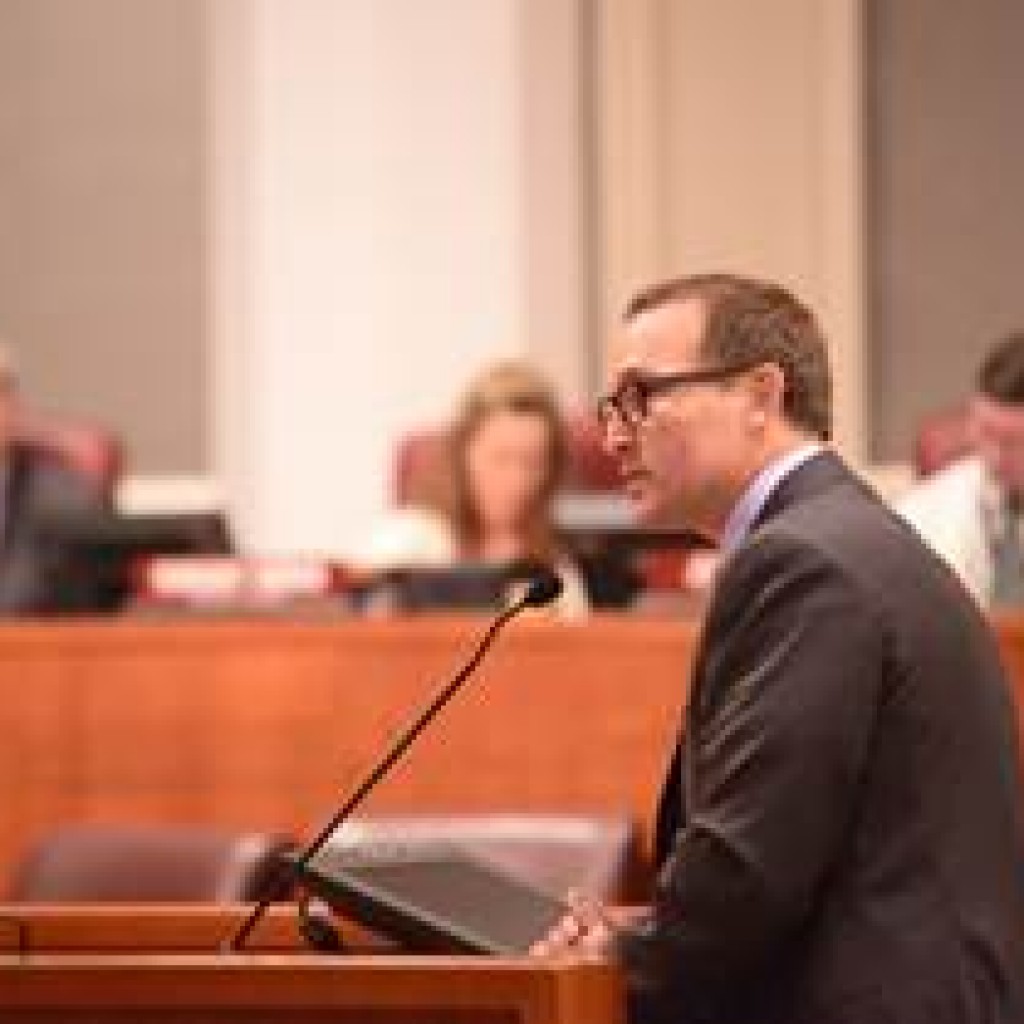 Jacksonville Mayor Lenny Curry is not prone to exaggeration. When he says, repeatedly, that Jacksonville’s unfunded liability could, if not solved, turn Jacksonville into the next Detroit, he’s serious. He’s equally serious when he says the burden of that debt has already cut into the quality of life and infrastructure metrics.

Pension reform last year was an important step forward. Yet it was unable to address the unfunded liability with the immediacy, especially given actuarial obligations, that the city needed. Curry found that out very quickly: A key lesson of the 90 Day Audit was that “annual deficits of more than $30m beginning in FY 17 are not sustainable and would result in the depletion of the General Fund unassigned fund balance by FY 18 or FY 19 … Absent additional action, annual pension contributions from General Fund could be greater than $244m in FY 19.”

To resolve pension issues, the Curry administration was encouraged by the 90-day audit to identify “revenue streams outside the general fund.” They urged renegotiation of collective bargaining agreements, as well.

The city lost 1,072 full-time employees from 2011 to 2014, underscoring a need for structural reform. Driving that need for change is the pension crisis, which shows Jacksonville in by far a worse position than other Florida cities.

“Pension plan benefits are a significant cost and liability to the City.”

The audit, conducted just months after the Brown-era pension reform agreement suggested that the city of Jacksonville would go above the minimum requirement in funding police and fire pensions — both to pay down the debt faster and to buffer against future investment losses,  underscored the issue.

The Brown/Gulliford plan in a few years would increase the city’s obligation on police and fire pensions by an extra $32 million annually for 12 years in a row. The Curry plan, though, in its current, pre-collective-bargaining form takes an even more long-range view. It would defer some of the short-term pain – after FY 2020 – for a more holistic absorption of the debt over a longer period, buoyed by an analysis from Milliman, a financial services company with expertise in retirement funding issues.

That’s a heavy lift, which is why Curry says he’s ready to spend all of his political capital on the bill known as the Discretionary Sales Surtax: an extension of the Better Jacksonville Plan infrastructure tax. Instead of spending it on infrastructure, though, it will be spent paying off, until 2060, the unfunded liability for retirees before sometime in 2018.

Around 2018, it’s figured, the current “defined benefits” plan will be gone. As those retirees cycle through the system, and their benefits expire as they do, the obligation will necessarily decrease. Meanwhile, sales tax revenue will increase.

The debt, according to the plan, would be re-amortized over a 31-year period, with anticipated tax payments allocated to programs sponsored by the city. As well, for purposes of payroll growth assumption, all employees would be put in the same basket.

Assuming that the Better Jacksonville Plan tax sunsets in 2030, anticipated tax revenue will be somewhat over $109 million a year (assuming a 2 percent average increase in revenue growth). Meanwhile, by 2060, that half-cent tax would add up to $197 million in revenue, with a decreased pension burden for these pre-2018 plans.

These projected revenue increases are key to the deal working, justifying the deferral of contribution and the extension of the terms of payout.

The 2015 plan called on an identified funding source to be found and with property taxes a nonstarter for Curry. He said the tax could be cancelled at a City Council whim or in response to political expediency, the BJP tax extended remix is the move. As would be a move to defined contribution, rather than defined benefits.

A defined contribution, as with a 401(k), shifts the burden of market volatility on to the worker, not the city.

Another key to it working: amortizing the debt on the closed-down plan, which effectively allows it to be paid off on time. The hits are spread out at the same time the tax revenue is projected to grow. That creates a predictability in and of itself, and the scenario is even better with a given amount of the future tax revenue counted as an asset (of course, the more that is converted to an asset, the greater the potential liquidity concerns). That strategy, however, creates room on the balance sheet for the priorities the city desperately needs, via defined contribution, and contribution deferral to when additional revenue would be brought forth by the extended surtax.

To illustrate the strategy: The amortization payment in the projected 2017 actuarial valuation stands at $118 million, amortized over 18 years. An extension of that term to 30 years would lower the payment to $80 million; if counting 57 percent as an asset, the amortized payment is $56 million. In a billion-dollar budget, that projected $62 million in savings represents 6.2 percent more operating capital. That’s money that can be used for new hires in public safety and other city departments, for long-delayed capital improvements, and it removes pressure from reserve funds.

The value of the obligation by; the variability is in the means of retiring it. Whereas the current trajectory would have the unfunded liability 98 percent funded by 2045, the plan would slow down that schedule, freeing up capital for other needs.

The unfunded PFPF liability would be about 57 percent funded by FY 2022, with both the current ordinance and the plan from the Curry administration. However, it would maintain that range at about 60 percent funding throughout 2045, according to projections.

The city contribution, most importantly, would be smoothed out considerably after Fiscal Year 2019. The projected contribution of $189 million in FY 20 would be reduced to $126 million, and the numbers work out favorably until FY 2040, when the proposed plan’s contribution finally exceeds the contribution authorized in the 2015 ordinance (and the money would be dealt with, almost in full, via the half-cent sales tax.

FloridaPolitics.com had questions about that and other aspects of the deal, and took them to Jacksonville’s CFO Mike Weinstein.

The actuarial analysis, Weinstein stressed, is just a scenario and one possibility. It’s worth exploring, given that the tax is up an average of 4 percent over the last five years, and 2 percent in the past decade, a number that includes the post-2008 recession.

For the city, the plan makes sense … especially regarding liquidity, where the worst-case scenario under these projections leaves the city with 6.3 years of benefits that can be paid with current assets.

The current scenario, Weinstein said, “has us paying out what we can’t afford,” with Fiscal Year 2020 being the first years benefit could be realized, with $100 million of anticipated savings across the Police and Fire Pension Fund, the General Employees Fund, and the Correctional Officers fund.

The plan also jibes with goals of the administration, including creating a revenue stream, which the city “can’t afford to do without.” As well, it would close the defined benefit programs, “so they’re never a problem again.” And they bring “relief” to the Curry administration and whatever follows before 2030, “when the cash starts rolling in.”

This isn’t a silver bullet, Weinstein cautioned. It’s a “small piece of the puzzle” and “we’re going to have to get approval.”

If this plan isn’t enacted as it is in spec form, it’s not a deal breaker.

“There are other mechanisms in the bill to reach all three goals,” Weinstein said. “This is just one possibility.”

The first payment in any budget, Weinstein says, is the unfunded liability. Up until now “nobody’s been able to create a new revenue stream.”

While the process is “still uphill,” still “going to take a few years,” and is still “a piece of a very large puzzle,” Weinstein said, it could be an important step for Jacksonville to solve an issue decades in the making.