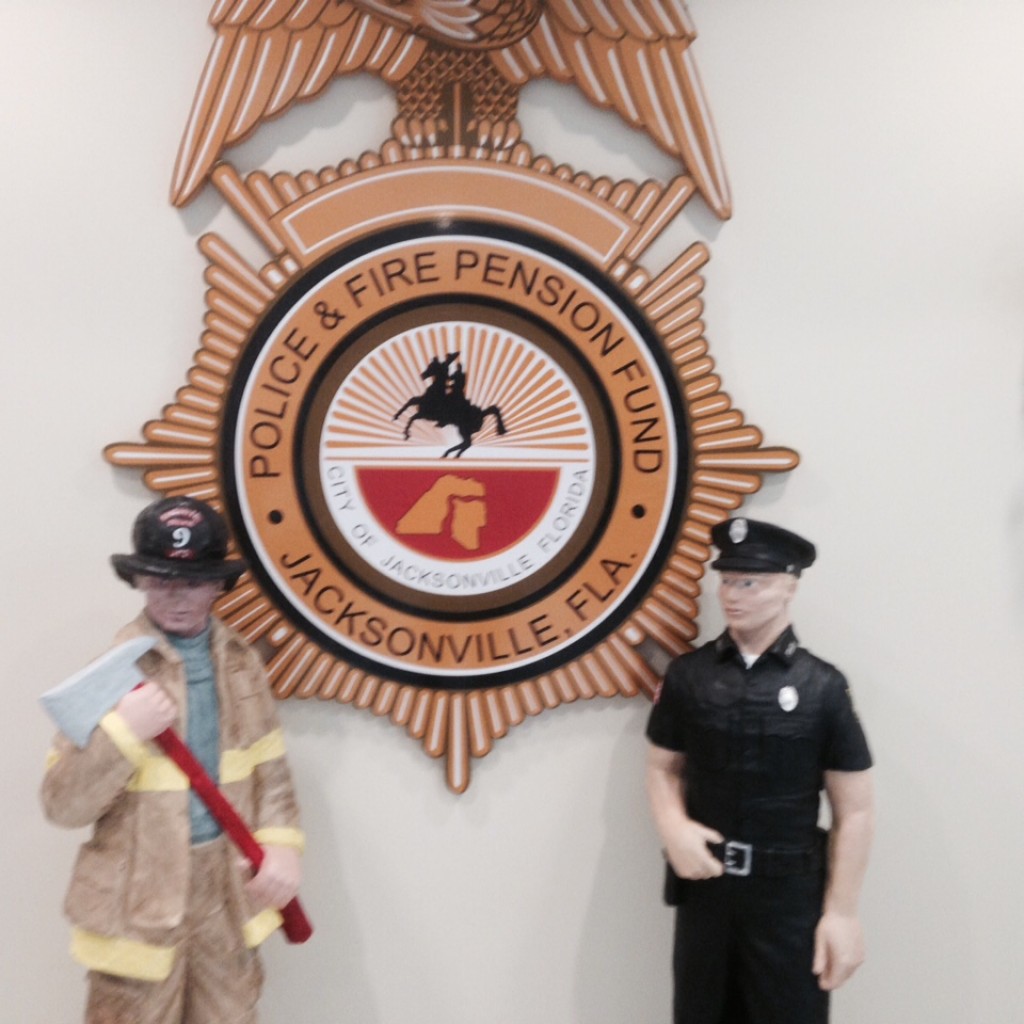 Though it wasn’t an agenda item, interesting talk before the meeting outside the board room included some profound skepticism about the mechanics of the Deferred Contribution plan, upon which the Lenny Curry pension tax/reform proposal is predicated.

Asked her position before the meeting, Executive Director Beth McCague noted that, since changes can happen in the bill in Tallahassee (and beyond, if the bill passes and is signed into law), it would be premature to make official statements.

However, what is certain is that at least one board trustee will have profound questions about a mechanism that he described as “kicking the can down the road.”

— Dan Holmes of Summit Strategies Group, the PFPF consulting firm, talked about the PFPF asset allocation. This was the major part of the meeting. There are serious concerns about the investment strategy reaching its projected 7 percent annual rate of return, and this can have real impact on the fund and city finances writ large.

Holmes, especially in light of recent and current trends, encourages a long view (read: a ten year view), which will allow for a smoothing of returns over time, even as current returns are underperforming that 7 percent target.

Some highlights: “assumed rate-of-return will be difficult absent taking on more volatility (risk) or moving outside traditional asset classes… Broad diversification is necessary to dampen volatility….”

Holmes expressed concerns over the potential impact of the mayor’s plan in Tallahassee, before saying that the goal of 7 percent “rate of return” is “difficult but not impossible” this year.

There are also concerns with liquidity; Holmes recommended a 1 percent asset allocation to facilitate liquidity.

The goal: “to give the board a little more comfort in a year like we’ve had thus far… to give us a little more room to use long-term asset diversification to our advantage.”

For the next six months, the goal is to have cash on hand so that the fund doesn’t have to “rebalance in a declining market,” a concern that seems twained with the belief that “investors are no longer rewarded for taking risk to the extent they once were.”

A problem that Holmes identified: restrictive statutes, which hamper flexibility. Real estate, Holmes said, is “getting expensive” (read: overvalued). Moving out of bonds, Holmes said, leaves the equity markets as an option. With a “25 percent limitation on international equities,”  flexibility is hampered.

Potential longterm vehicles: the energy sector and mining and minerals, both undervalued at the moment, creating an attractive entrance point. However, the “illiquidity premium” must be considered given the above concerns.

Also discussed: the merits of “exotic” or “non-traditional” investment strategies.

The strategy is a ten-year strategy, Holmes said, which is deliberately “conservative,” with the expectation of a “rising interest rate environment” (as was the case domestically pre-1980). Assumed annualized inflation is 1.75 percent.

Anticipated real estate returns are expected to decline, so non-core sectors, such as storage, retirement homes, distressed properties, and student housing are possible moves. Taking advantage of scenarios, such as “absentee property owner” neglect, or properties that could benefit from “rezoning for the best use,” are options.

This could, Holmes said, bring a higher rate of return in exchange for the downside risk of illiquidity.

A real problem: expected rate of return is 7 percent; however, many sectors’ projections are below 7 percent. Holmes’ “joke” was that “now you know why I have trouble sleeping at night.”

With the capital market assumptions “low relative to history,” there are “challenges,” Holmes said.

One challenge: the bull market of the 80s and 90s was strong for investment and taking on equity risk. Even assuming a maximum level of risk, 4 percent cumulative returns are anticipated.

There was pushback on the energy exploration sector market limited partnerships, which Holmes labeled as “undervalued,” given that energy markets are “dropping like a rock.”

Holmes noted that “pipeline companies are in the least amount of risk in bankruptcy scenarios,” given a consistent pipeline flow.

Holmes also noted recent developments in the energy sector, such as OPEC capping production, as something that caused the oil market and equity markets to rally.

Discussion moved to quantitative easing, which drove money into equities, driving a “rising of all boats” from 2009 to 2014, with a bias toward high-yield sectors.

“When QE got taken off,” Holmes noted, the market moved around.

He stood his ground, saying that in the long-term, the strategies make sense.

“We already know QE is pretty much over with, and I don’t think there’s going to be another oil boom,” countered Richard Tuten, a skeptic about the MLP-centric strategy.

One strategy proposed by Holmes: a shifting of some assets from MLPs to Large Caps “to take some volatility off the table… unfortunately, you don’t have many places to go.”

Also discussed: shifting resources into Core Plus Fixed Income and Emerging Market Debts, which along with non-core real estate investments, signal a shift from blue chip investments to more interesting strategies, all of which come with downside risk.

Regarding current investments, “January was a very ugly month for virtually all investment classes,” Holmes said, with “basically everything negative” over the last twelve months, both in the PFPF portfolio and the markets writ large.

“Basically what it boils down to is over the last month there was no place to hide,” Holmes said.

Other than holding cash or bonds, Holmes added, there’s “no way to avoid negative rates of return.”

Reallocation is the logical next step.

— The full-time executive director search is on. The search should take 120 days, McCague said.

— Potentially on the agenda: a workshop on “passive investments,” McCague said, allowing the fund to “do the best we can with the funds we have.”

— PFPF unfunded liability’s new estimate: $1.8 billion. One discussion topic: using “insurance vehicles” as a way to solve what McCague delicately calls a “very complicated problem.” McCague was authorized by the board to look into this further.

previousEd H. Moore: Which GOP candidate is most like Ronald Reagan?