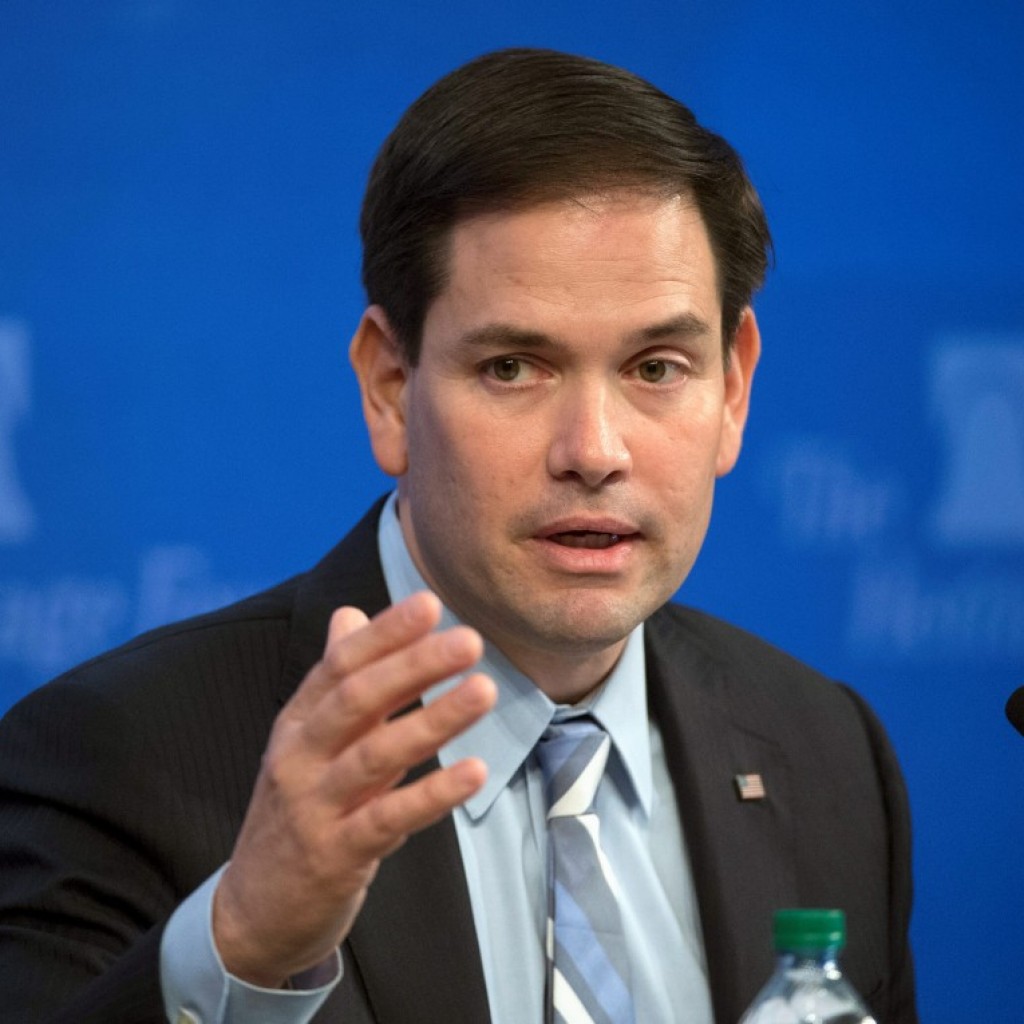 Marco Rubio lacks the experience to be president and Jeb Bush is a brilliant man ready for the job. So said Marco Rubio.

Thing is, that was Rubio a few years ago, a man of seeming humility who joked that the only thing he deserved being president of was a condo association. He dismissed in colorful terms the idea that one term in the Senate could make a man ready for the White House.

“Everyone I’ve ever known that tries to use their position as a stepping stone for something else has ended up destroying themselves,” he said during a 2012 book tour.

Times — and ambition and ego — have changed.

Bush, the former governor who guided Rubio’s early political career, won Rubio’s praise as “one of the biggest, best thinkers in the Republican Party” with an “amazing” depth of knowledge on almost every issue.

Now Rubio says America doesn’t need politicians from the past.

After shooing off the roars of supporters in his 2010 Senate campaign who saw presidential mettle in him — “it’s fleeting and it’s not going to get to my head” — it’s now firmly in his head.

He’s hardly the first to be seized with the audacity of presidential hopes, even if others have taken a bit longer to get from you-must-be-kidding to yes-we-can.

Barack Obama‘s star turn at the 2004 convention, just two years after being elected to the Senate from a background as a state lawmaker, made clear that the White House was in that young man’s eyes.

Few, though, have put down their own bona fides as thoroughly as Rubio did in his rough-and-tumble Senate campaign, when he wanted voters to know that a Senate seat was his total dream and devotion.

Then, he was stunned to be recognized at a Florida Panhandle truck stop while making a 400-mile round-trip drive so he could talk to 80 voters. The trip cost him as much as he raised in campaign contributions. Republican leaders in Tallahassee and Washington were trying to force him out of the race and have him run for attorney general so then-Republican Gov. Charlie Crist could have a clean shot at the nomination.

“It was unpleasant,” Rubio said at the time, “but I’m glad it happened because it forced me to answer a very simple question to myself and that is, why are you doing this?” He decided “I’m in this because I want to do something.”

Rubio began the Senate race 31 points down in polls. Crist was raising $13 for every $1 Rubio took in. But Rubio used Tea Party rallies, the image of Crist embracing Obama and a well-delivered conservative message to top Crist by 20 points and drive him from the party.

Along the way he’d poke fun at Obama’s sudden rise to power — a way of playing down suggestions that he could do the same. Like Rubio, Obama announced his presidential plans during his first Senate term.

He cracked at one Senate campaign stop that he was running because he wanted a Nobel Peace Prize, “but you’ve got to be in office two weeks to do that, so I’m going to have to wait.” Obama got the prize his first year in office, the Nobel committee citing his support for multilateral diplomacy and for a world without nuclear weapons.

The night Rubio won his seat, supporters roared when a speaker asked them if they wanted to see Rubio run for president.

The next day Rubio pushed aside that talk.

“Politics is full of one-hit wonders,” Rubio told reporters. “The truth is soon you will all go off and cover something else and there will be somebody else out there who’s the flavor of the month, and then I’m still going to be a U.S. senator.”

Two years later at a Panama City book signing, a man approached Rubio and said he should run for president in 2016. Rubio dismissed the idea afterward, and pointed to Bush instead.

“It’s just amazing to me the depth of knowledge that he has on virtually any issue from foreign relations to the economy and obviously education,” he said.

Yet right after the 2012 election, Rubio was the first of the 2016 prospects to visit Iowa. His conviction that he’s ready for the presidency did not develop overnight.

Now, Rubio calls on voters to break with leaders of the last century. And his goals are much more ambitious than being a condo association president.

previousMitch Perry Report for 4.24.15 — The politics of convenience