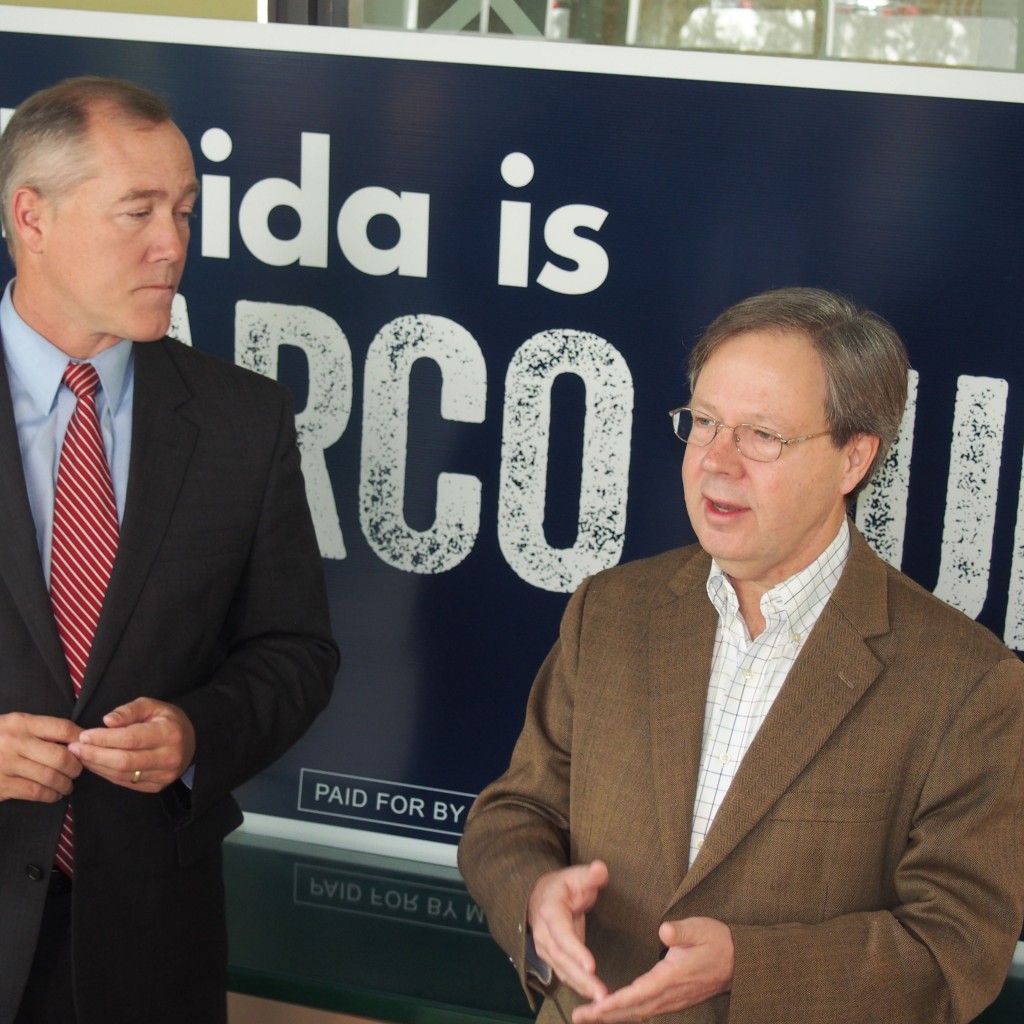 In preparation for Donald Trump‘s speech and rally in Orlando Friday, two surrogates of U.S. Sen. Marco Rubio‘s presidential bid stepped out to denounce Trump and urge Florida to back Rubio.

They both then expressed their faith that 12 days is plenty of time for Rubio to overcome deficits in polls and win Florida and go on to win the national GOP presidential nomination.

Their comments came before a sparsely attended media gathering four hours before Trump was to address thousands of people at the CFE Arena at the University of Central Florida.

Plakon began by recalling what he called the “national malaise” of the Jimmy Carter presidency and how that changed when Ronald Reagan took office.

“I believe we have the similar scenario with a malaise with the [President Barack] Obama years, and we believe Marco Rubio is the guy who can get us to feel good about America again,” he said.

Miller went after Trump for his Trump University, which Miller contended put people $35,000 in debt and gave them nothing for it.

Rubio “is an honest, trustworthy person who, when I speak to him about my family and my concerns, he truly listens,” he said.

“I think Trump University is just the pinnacle of what we are seeing, the con artist in action,” Miller said.

Both, however, noted the danger of the strategy they and other supporters of Rubio, as well as much of the Republican establishment, are facing. By attacking Donald Trump so bluntly and uniformly, expressing no trust, they may be giving Democrats all the ammunition they need in November.

The point, Plakon said, is the confidence that Rubio can and will win.

“My answer to, ‘Would I vote for Donald Trump?” My answer would be, if I have to. but I don’t think we’re going to have to,” Plakon said.