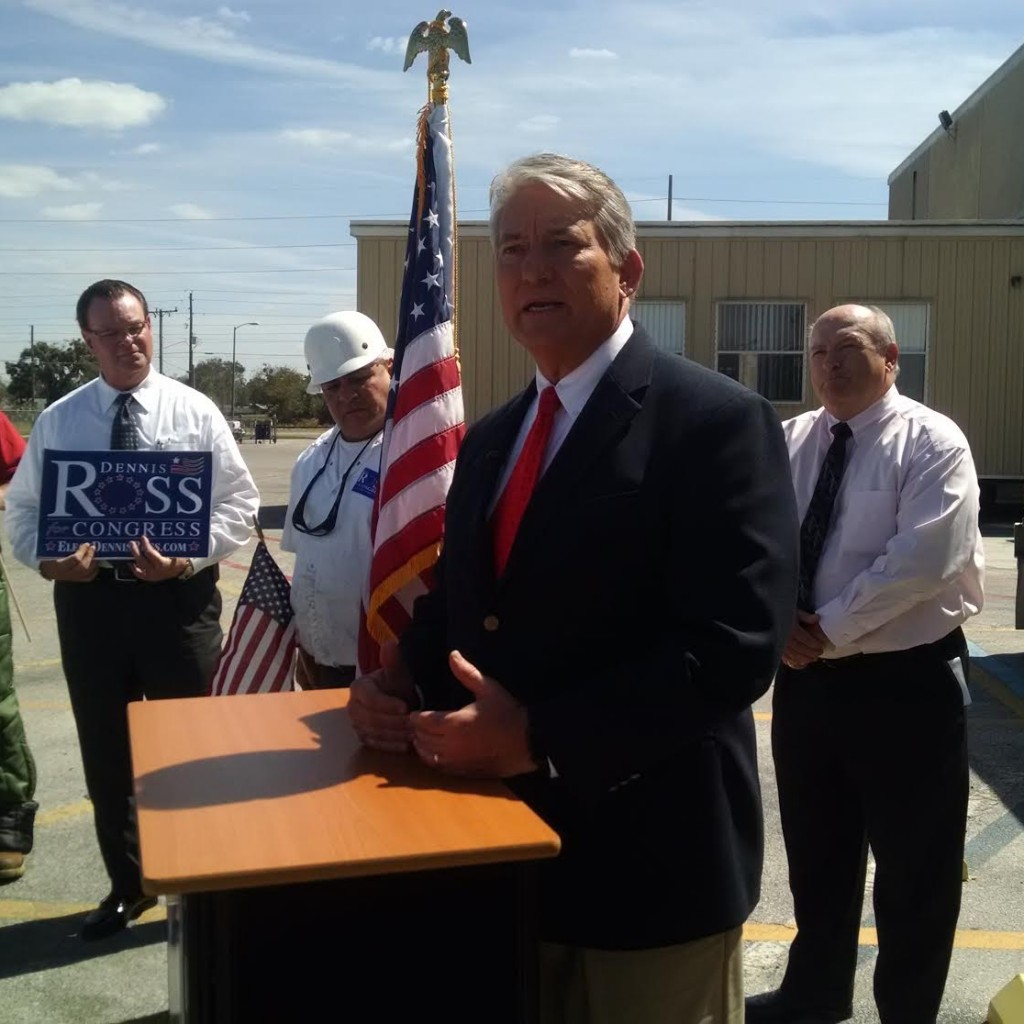 Dennis Ross says he’s heard the anger Republicans have toward Washington, and that he joins them in that anger.

“I’m angry about it because yes, we’ve tried to seal our borders but what has happened? Nothing,” said the Polk County Republican, spoking to about  50 employees at a Plant City milk distributor to start his 2016 re-election campaign.

The contours of CD 15 have been changed somewhat, with the district adding parts of Hillsborough and Lake County to its traditional Polk County base.

“We have before us, the greatest challenge that we’ve seen in my lifetime,” he said. “What we’ve seen over the last several years is a president who has refused to work with the Congress, a president who unfortunately is doing his best to put this military at pre-World War II levels,  who refuses to take the fight to ISIS and eliminate them as a threat to this country, who refuses to close our borders and make sure that we’re safe, not only at home, but in our businesses, as we go about this great country.”

The hard-line conservative supported Jeb Bush for president, but now is neutral toward the Republicans still in the race. He said the Donald Trump phenomenon is  symptomatic of the past decade’s lack of leadership.

“Say what you want about Trump, he’s bringing people over,” he said. Ross says he’ll support whomever the nominee is, including Trump.

“He wasn’t my first choice, but you know what? The process has to take its toll,” Ross said. “It’s got to go through the primaries and then we as a party have to stick by our rules and let that happen.”

Ross said Republicans critical of Trump should be careful, since the same people who vote for him will be voting for Republicans down the ballot, like himself.

Ross is in the GOP’s House leadership as senior deputy majority whip.

As Ross spoke in Sunshine State Dairy Farms’ plant parking lot, not everyone was aware of who he was.

“This guy any good?” Rick Pearson, a registered Democrat, said as he waited for Ross to appear. “Does he do well for the community? As long as he does good, he’ll get my vote.”

After his appearance in Plant City, Ross was scheduled for events in Lakeland and Clermont in Lake County, now part of CD 15. He also has a Monday night event at the Florida Strawberry Festival.