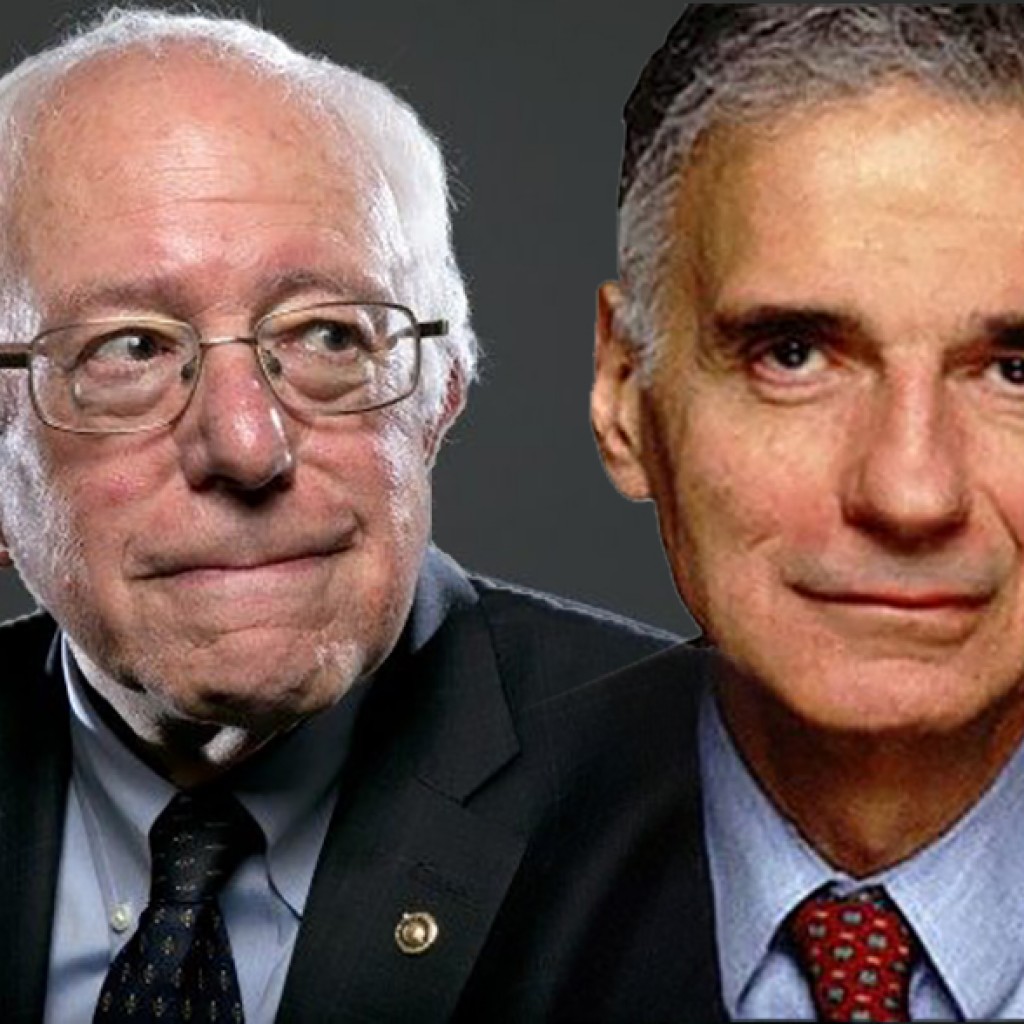 Some blamed hanging chads, others confusing ballots, but the man many Democrats blame for Al Gore’s 537-vote defeat in Florida is Ralph Nader.

The consumer advocate and Green Party nominee, as many Gore supporters tell it, snapped 97,488 votes out of the hands of the former vice president.

Never mind those butterfly ballots that may have led to thousands of inadvertent votes for Pat Buchanan in Palm Beach County, nor the exit polls that showed more of his supporters would flock to George W. Bush than Gore.

During that election, Nader needled Gore and the Democratic Party for not going far enough to left. He pushed for single-payer health care, giving more power to labor unions and decried the large role special interests had in campaign finance. He even refused to take any soft-money contributions, not that many Wall Street firms were knocking down his door, check in hand.

He even got the nod from the Vermont Progressive Party, founded by U.S. Sen. Bernie Sanders, who himself fretted laboriously over whom to endorse in the 2000 contest before ultimately settling on Gore one week before Election Day.

Sanders toyed with supporting Nader, and even publicly mused on whether it was “the right decision to vote for the ideologically weaker candidate, in terms of Gore” to “make sure that a guy like George Bush does not get elected president.”

Not that the endorsement would have made any difference for Nader’s campaign. He wasn’t playing to win, he was trying to build a liberal, progressive third party and he only needed 5 percent of the popular vote to secure federal funding for the Green Party four years later.

The final tally put him at 2.74 percent.

Sixteen years later, Sanders seems to be following the Nader 2000 campaign blueprint from inside the Democratic Primary.

The Vermont Senator even followed Nader’s pledge not to accept soft money, though that hasn’t stopped PACs from spending millions on his behalf.

The similarities don’t end there. Sanders’ press secretary, Symone Sander, was pulled directly from Nader’s Public Citizen organization and his national field director, Phil Fiermonte, played an influential role in getting Nader on the Vermont ballot back in 2000.

Unlike Nader’s campaign, however, Sanders’ isn’t running to play spoiler on Election Day. He’s aiming to change the makeup of the Democratic Party from within with a “political revolution,” and Ralph Nader is not unaware of his longtime friend’s strategy.

“What is emerging is the reaction of millions of Sanders supporters who will feel repudiated, not just left behind, as the Clintonites plan to celebrate at the Democratic Convention in July,” he wrote on his blog last week.

Such an exodus of electors — energized by Sander’s “outsider” position — could prove a substantial blow to the Democratic Party just as Nader did with Gore. And it could also be one that ushers Donald Trump into the White House.