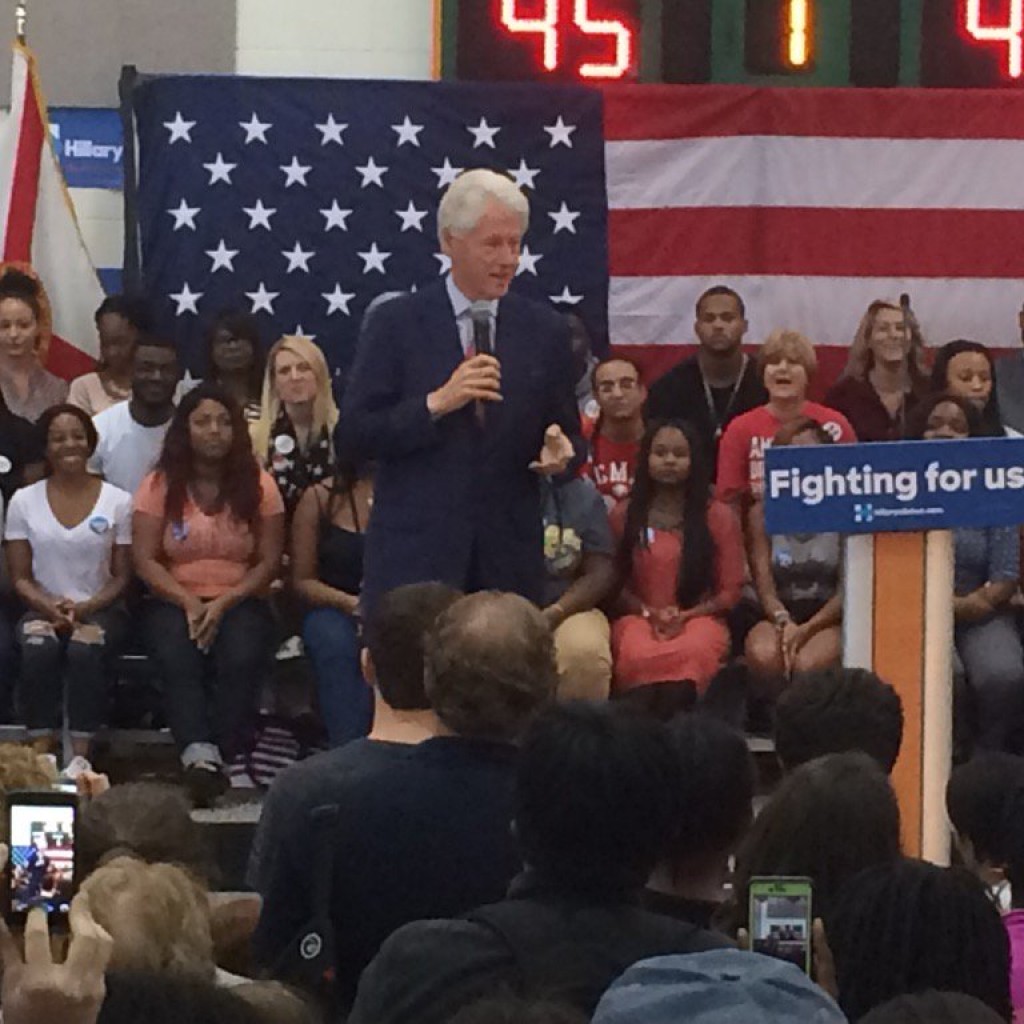 Hillary Clinton, looking to clinch the Democratic presidential primary in the face of the surging Vermont Sen. Bernie Sanders, also sent her daughter Chelsea through the Sunshine state last week to rally support.

In Tuesday’s Florida Democratic contest — as opposed to those in Midwestern states Illinois, Ohio, and Missouri also voting Tuesday — the result is not much in doubt. Florida’s older electorate and closed primary system appears poised to catapult the former Secretary of State to an easy victory.

A week after the stinging defeat in Michigan, though, the Clinton campaign was taking no chances. Bill Clinton proved an effective surrogate for U.S. Rep. Gwen Graham when he stumped for her at FAMU in 2014, and he’s probably the most popular national political figure to Florida residents.

The 42nd president by and large gave Sanders the silent treatment, at least in name. But in praising his spouse’s extensive governmental experience and “change-making” abilities, he nonetheless attempted to draw a sharp contrast between Clinton and the 74-year-old independent senator.

Bill Clinton obviated Sanders’ criticisms of Hillary Clinton’s votes on issues such as the Iraq War authorization by saying “every election should be about the future,” a motif that harked back to his 1992 campaign stop musical staple, “Don’t Stop Thinking About Tomorrow” by Fleetwood Mac.

He outlined Secretary Clinton’s history of work on progressive issues such as health care and criminal justice, particularly her work with the late Sen. Ted Kennedy in crafting the popular Children’s Health Care Program. She also worked on expanding access to the courts for rural Arkansans by forming the first legal aid program in the Ozarks region.

Clinton also continued to press his wife’s theme of binding her success to that of President Barack Obama, perhaps the only national figure more famous on FAMU’s campus.

In tacit response to Sander’s well-worn trope that it’s “too late for establishment politics and establishment economics,” Clinton said “it’s time to finish the job, not reinvent the wheel,” citing an improving economy.

Most public polls show Clinton beating Sanders in the Florida primary by 25 points or more. Both candidates’ campaigns have opened field offices in Tallahassee in recent weeks.