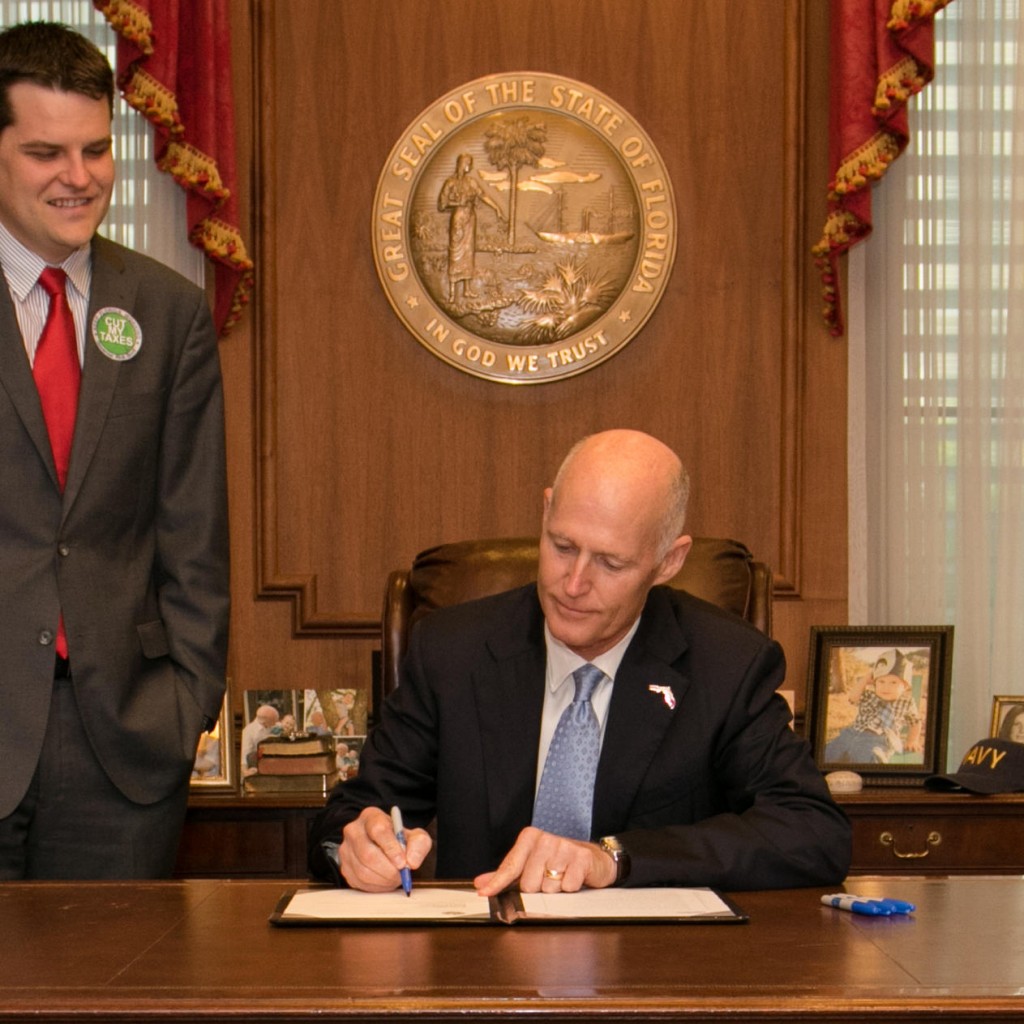 Florida Gov. Rick Scott took a pre-emptive strike Tuesday, saying he plans to veto more than $250 million in projects when lawmakers send him the fiscal 2016-17 budget.

The move comes just days after the Legislature voted overwhelmingly — 40-0 in the Senate and 119-1 in the House — to approve the $82.3 billion spending plan. The proposal hasn’t officially been sent to Scott for his signature and vetoes.

“I will be signing this budget into law as soon as the Florida Legislature delivers it to me and withholding approval for approximately $265.1 million in projects that do not provide a significant return on taxpayer investment,” said the Naples Republican in a statement Tuesday.

The 2016-17 budget includes $20.2 billion for K-12 public school education, boosting per-student funding to $7,718; $1 billion for the Department of Children and Families to put toward mental health and substance abuse treatment services; and $10.7 million for Florida’s crime laboratories to eliminate the state’s rape testing kit backlog.

“During the Legislative Session, the House and Senate brought forth and passed, with overwhelming bipartisan support, a good budget that serves the needs of Floridians and creates an environment where businesses can thrive. I am grateful for Governor Scott’s thoughtful review and I believe he has used his veto in a prudent and fair manner,” said House Speaker Steve Crisafulli in a statement. “This budget accomplishes two of Governor Scott’s most important priorities; record funding for education and $1 billion in tax relief in the past two years. Governor Scott’s leadership allowed us to reach that goal. I look forward to the Governor’s final approval of the budget in the weeks to come.”

The veto list is significantly smaller than last year, when the governor vetoed $461 million. Still, the six-page veto list includes dozens of local projects, including millions of projects in the Tampa Bay area.

The governor signaled he plans to veto $11 million set aside for construction of the Pasco-Hernando State College Performing Arts Education Center and $3 million for the Hillsborough Community College South Shore Campus.

Tampa Bay projects that weren’t cut from the budget? It looks like $1 million for a $10 million renovation of the Tampa Theatre will stay in the budget; as well as $2 million for Ruth Eckerd Hall renovations and $1 million each for repairs at the Lowry Park Zoo and a dolphin pool at the Clearwater Marine Aquarium.

“I applaud Governor Scott for his leadership and for performing his constitutional role so diligently. The state budget emerges from a process of conflict, debate, negotiation and compromise,” said House Speaker Designate Richard Corcoran in a statement. “Although I do not agree with every decision he has made, the Governor’s vetoes provide an important check on the budget process. They serve as a reminder to the Legislature that, no matter how good our final product, we can always do better. I look forward to working with Governor Scott over the next two years, and I know that together we will continue to produce better, smarter and leaner budgets.”

The governor does not appear poised to cut $7 million in new police radios or $20 million for the University of Central Florida’s downtown Orlando campus.

“We appreciate Governor Scott’s expeditious review of the budget and respect his ability to utilize his line-item veto authority. This work product passed the House and Senate with a level of overwhelming bipartisan support even greater than we have seen in recent years,” said Senate President Andy Gardiner in a statement. “We are pleased to see the Governor tentatively sign off on so many of the important priorities reflected in this legislation. His initial review appears very fair and we look forward to his final approval.”

Scott spent Monday on a 5-city tour where he claimed legislative victory, despite seeing his 2016 legislative priorities failing. The governor called on lawmakers to create a $250 million economic incentive fund, but legislators rejected that proposal. The Naples Republican also pushed for $1 billion in tax cuts, but House and Senate leaders slashed that proposal to $129 million in the waning days of the 2016 session.