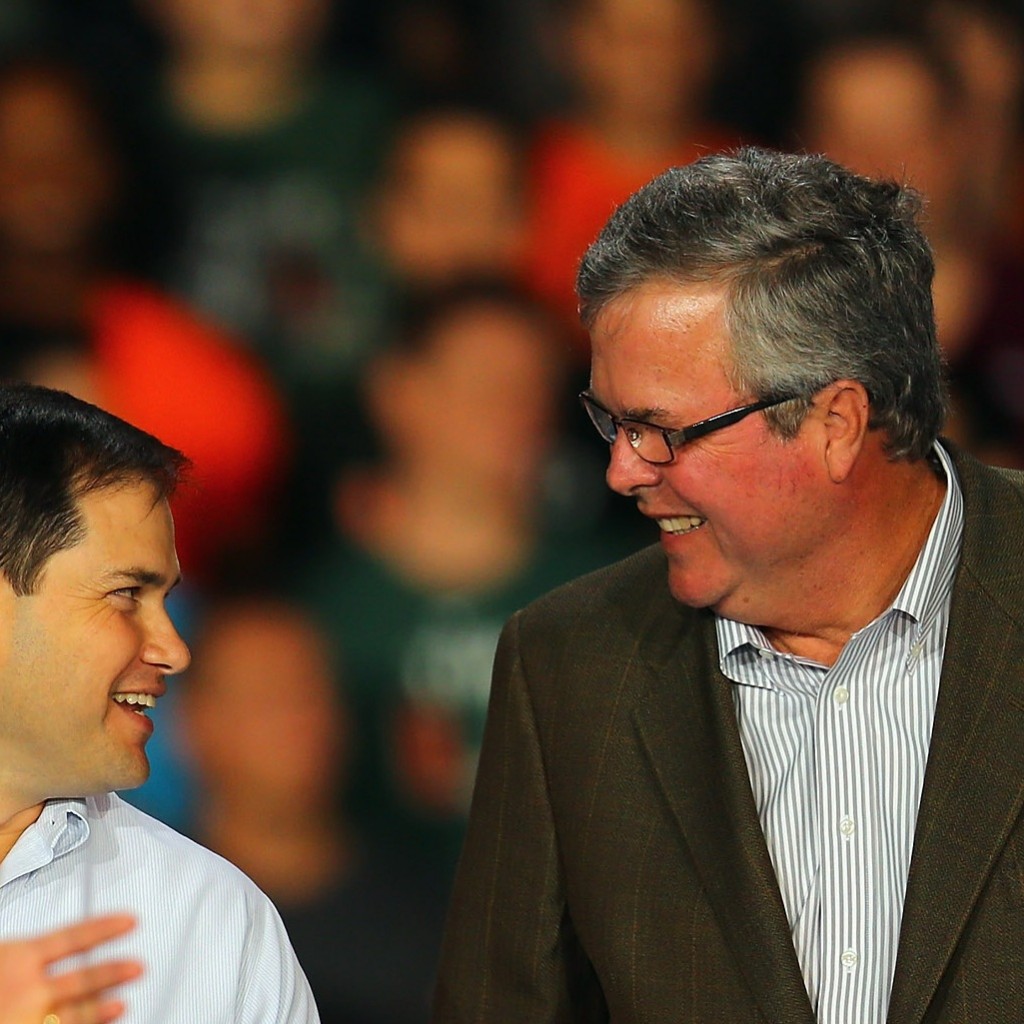 Marco Rubio was convinced the Fratricide Model of politics was his ticket to the top. Now, after one brilliant win and one spectacular loss, the Florida senator claims to have renounced the model.

He will not, he says, run for governor in 2018. Florida Agriculture Commissioner Adam Putnam need not fear a Rubio challenge.

We won’t have Marco Rubio to kick around anymore?

Political fratricide worked for Rubio in 2010 when he broke in line to oppose and defeat Gov. Charlie Crist for a U.S. Senate seat. He was helped along by that year’s Tea Party revolt and the fact that newly Independent Crist and Democrat Kendrick Meek split the no-to-Rubio vote.

Just as angry as the 2010 Tea Party faithful but with a new idol, Florida GOP primary voters this month delivered the final blow to Rubio’s second attempt at exploiting the Fratricide Model. They gave Donald Trump a victory in every county except Rubio’s Miami-Dade refuge.

What effect did Rubio’s fratricidal challenge to his mentor (and his better) Jeb Bush have on the contest? What if Rubio had shown respect, bided his time and supported Bush? No way to know, but Florida might have been the firewall for Bush and the anti-Trumpers that it so dismally failed to be for Rubio.

I do not think that every intra-party challenge can be characterized as an example of the Fratricide Model. It’s appropriate for rivals in the same party to let voters decide between them. But when one of the challengers has not earned the right to vie for an office and, further, damages the party or the office he seeks, that is political fratricide.

And that is what Rubio has done. He knocked off Crist – once a Republican rising star – and proceeded to disdain the Senate seat he won. As a result, the seat easily could go to a Democrat this November.

Then, of course, Rubio challenged Jeb. After helping to undermine the clear choice of the GOP establishment, Rubio proceeded to run a horrible campaign. The overall effect boosted Trump’s prospects and hurt the Republican Party.

What will Rubio do next? He claimed, upon returning to work in the Senate – if someone so often a no-show can be said to “return to work” – that, in addition to eschewing a gubernatorial bid, he would not be anybody’s veep.

You never know what to make of a politician’s claim that he won’t seek this or that office. How many times did now-House Speaker Paul Ryan claim that he would not accept the post? (By the way, Ryan also insists he won’t allow himself to be nominated at a fractured GOP convention this summer. Right.)

For Rubio, who has been assailed for overweening ambition, what better strategy than to affect a new humility and express no ambition whatsoever for political office?

Is it really believable that if, by some miracle, he emerges as a vice presidential candidate – perhaps for Ryan at a brokered convention – Rubio would turn down the chance?

It is more believable that Rubio does not plan to run for governor in 2018. Not because he doesn’t lust after political office, but because he was so badly burned this year by the Fratricide Model. Even Rubio should be able to see that he is less qualified and less deserving than the premier GOP candidate for the job, Putnam.

Putnam served in the Florida Legislature and then went on to serve in Congress for 10 years. Unlike Rubio, Putnam actually performed his job diligently and rose to be the third-highest ranking Republican in the U.S. House.

Then, rather than stay in a secure seat in federal office, Putnam chose to return to state politics and has been elected and re-elected as Ag commissioner.

It is worth emphasizing that Putnam’s chosen trajectory brought him voluntarily back to Florida. Rubio’s chosen path was to attempt to move into the White House. Only a failure to reach that goal could bring him the “consolation prize” of a gubernatorial campaign. And even if he were elected governor, he would just treat it as a stepping stone back onto the national stage.

Could Rubio beat Putnam? Considering his drubbing on the Ides of March, the likely answer is no. His decision not to run for governor easily could be a case of sour grapes rather than an example of his newfound humility.

Since Rubio decided to give up his Senate seat, it is hard to see any political path that puts him back on that stage. His best option? Hope that anybody but Trump wins and that Rubio could find a spot in a Ted Cruz or John Kasich administration and bide his time.

But does anyone think that if Rubio saw a chance to return to political prominence he would hesitate to seize it even if it meant running over one of his Republican brethren? Oh, brother.

nextDarryl Paulson: The rise and fall of Marco Rubio