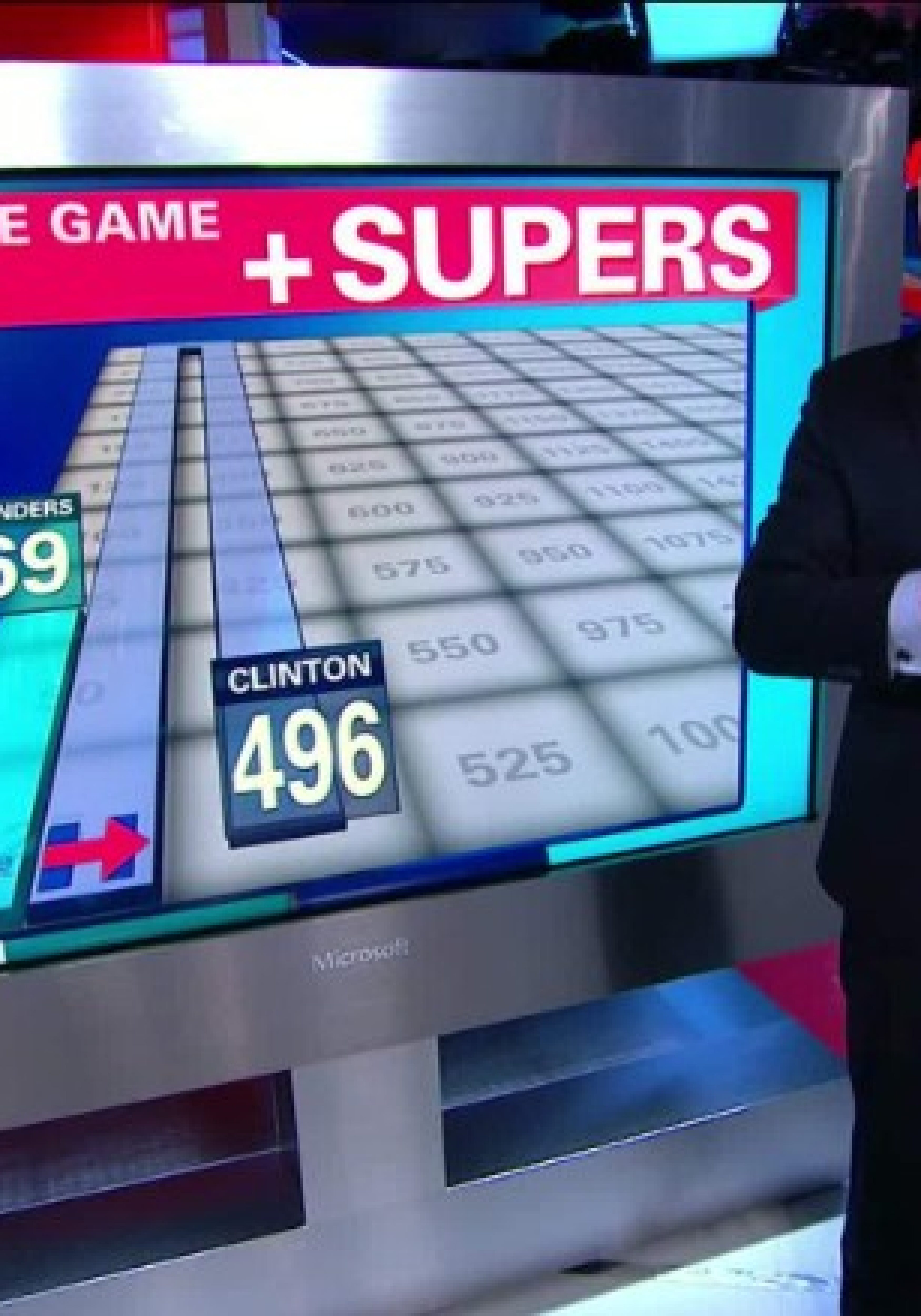 As was the case in 2008, the issue of superdelegates – party officials who are able to cast their own votes, separate from primary and caucus results – has roiled the Democratic Party during this election cycle.

However, when it comes to the superdelegates, Clinton is dominating. The former secretary of state has 469 appointed superdelegates vs. Sanders 31. Democrats need 2,383 delegates to win the nomination.

Superdelegates consist of Democratic National Committee members, former party leaders, and all of their elected members of Congress. They were created in the early 1980s to give the establishment of the Democratic party more say in the identity of their nominee, following the elections of George McGovern and Jimmy Carter in the 1970’s.

Though it’s never happened, the process allows for the possibility that the voters who are participating in elections could have their choice usurped by party officials. That was a very real concern in 2008, when Clinton took an early lead over Barack Obama with the superdelegates in 2008, while Obama was beginning to catch fire with the Democratic primary and caucus voters. But Clinton’s superdelegate advantage began to fade away as many began deflect to Obama. It ultimately didn’t become an issue, though Obama’s ultimate victory with all delegates was relatively close.

Yes, superdelegates can switch their support at anytime, which is why the Sanders camp has been talking about converting some of Hillary’s before the convention.

Tampa based Congresswoman Kathy Castor is one superdelegate who has declared her support for Clinton. While she says it’s fair to review the process after this year’s election, she doesn’t believe the concept should be dismantled.

“A lot of folks have devoted their lives to public service and to the party, and I think it’s fair to say, okay, there are a group of folks who are knowledgeable and influential and they get a say in selection of the nominee,” she said earlier this week.

That’s led to Sanders supporters to press Clinton superdelegates to convert, such as U.S. Senator Maria Cantwell. “We are watching you, Sen. Maria Cantwell,” one person wrote on her Facebook page, according to the Wall Street Journal. “Don’t even think about going against the majority and backing HRC [Hillary Rodham Clinton] when your state wants Bernie Sanders.”

Another Clinton superdelegate, Missouri Representative Emanuel Cleaver, told The Hill website that some of his colleagues have been threatened with primaries if they don’t switch allegiances for the Democratic presidential nomination.

Castor said she could envision that happening to her if the March 15 Florida primary results went down differently.

“I still understand maybe if Bernie Sanders had won the state of Florida …that people would have said ‘how do you stick with going against your constituents?’”

But she doesn’t have too much sympathy for those who are critical about the system.

“As long as the rules of the game are spelled out in advance and they’re not changing the rules, people kind of know what they’re getting into.”

Team Sanders has changed their views on the issue. They now frequently talk about converting Clinton superdelegates to switch to Sanders if he’s able to get close enough to challenge Clinton at the convention this summer in Philadelphia.