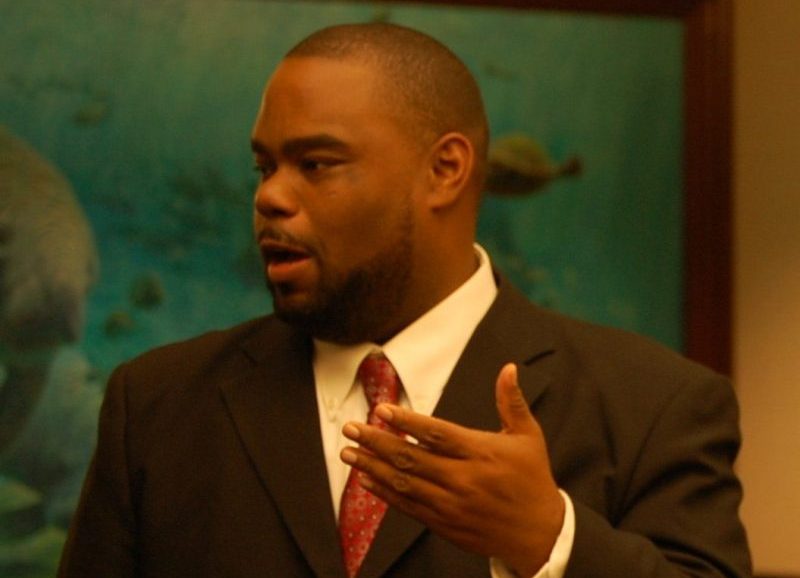 State Sen. Dwight Bullard has been socked with $5,000 in fines over faulty campaign finance reports.

The Florida Elections Commission meted out the punishment at its Wednesday meeting. Bullard did not attend.

Bullard, a Cutler Bay Democrat, had been charged with failing to fix several incomplete reports — even after being told how to do so, staff told commissioners.

He was given “multiple opportunities to respond” but never did, a commission report says.

Because Bullard knew of the problem and failed to act, he was found in “willful violation” of the law and fined $1,000 for each of five reports from 2013 to 2015.

Bullard was unavailable for comment. An aide reached Wednesday said the senator was “out of the country” and not returning till Friday.

The 39-year-old schoolteacher now represents Senate District 39. Because of a recent court-ordered redistricting, he has to run for South Florida’s new District 40.

Also reported to be interested in the Senate seat is Ana Rivas Logan, a former Republican turned Democrat who previously served in the House. A recent poll showed Bullard losing the Democratic primary if Logan jumps into the race.

Bullard succeeded his mother, Larcenia Bullard, in the current seat. She served a total of 18 years in the House and Senate before dying in 2013.