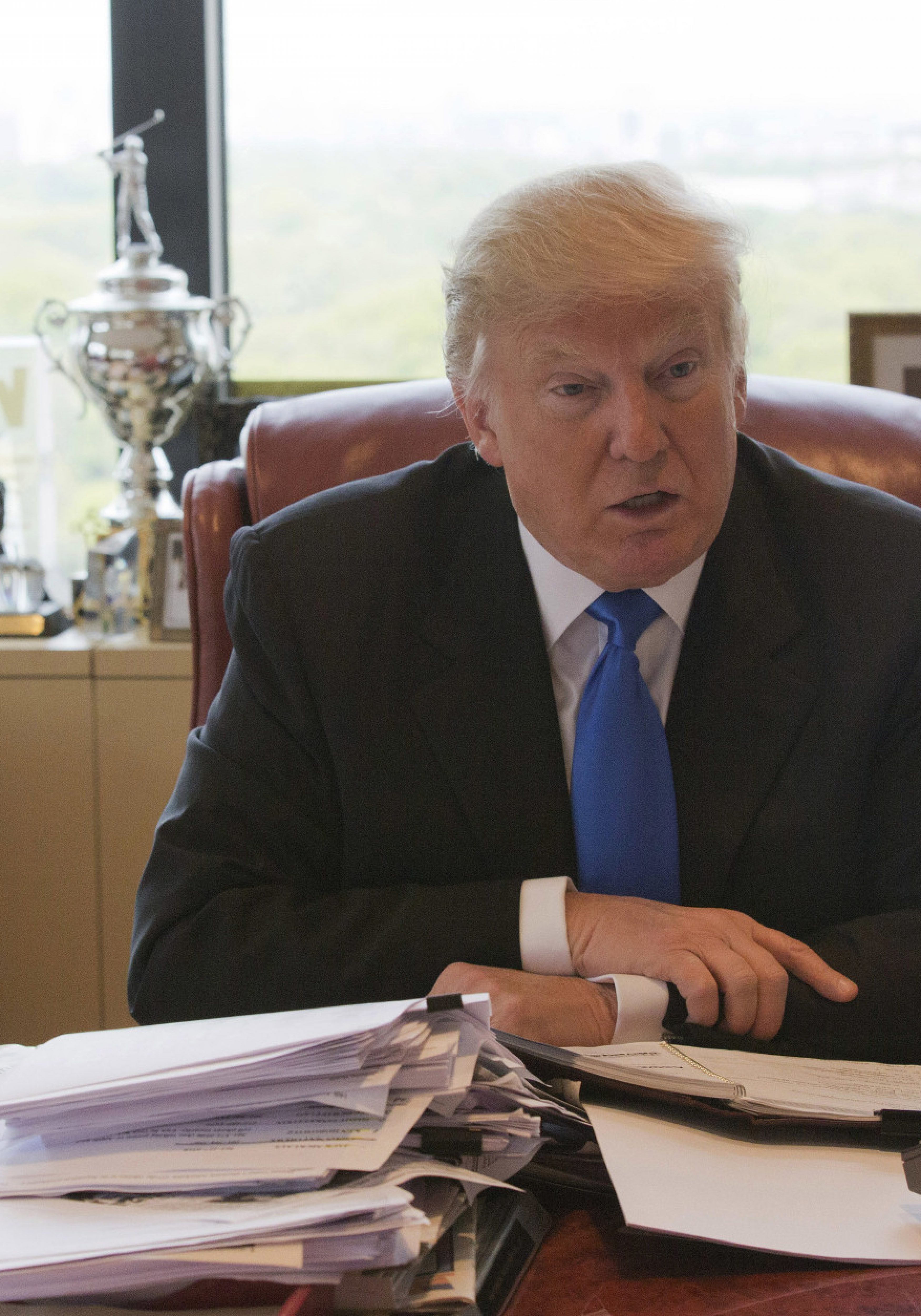 The presumptive Republican presidential nominee has dismissed the science that defines 21st-century political campaigns, a tool that President Barack Obama used effectively in winning two terms and the Clinton campaign has worked on for nearly a year.

And while it is too early to tell whether the late start signals trouble for Trump, it illustrates the difference between Trump’s proudly outsider campaign and the institutional knowledge within Clinton’s.

Precision digital marketing data, a person’s online footprints, have become an electoral science that Democrats have dominated, and Republicans have chased, for a decade. Campaigns used the data at first simply to track supporters. The information now guides a range of decisions, like the types and volume of advertising, where to deploy campaign staff to mobilize voters and where a candidate should visit.

Trump’s team has been unclear about its use of data in the general election.

Trump told The Associated Press this month the tool was “overrated” and he planned “limited” data use during the general election, though his campaign has worked with firms and a small in-house staff to track voters during the primaries.

Later, senior adviser Rick Wiley, who was hired in April, suggested Trump would run a “state of the art” campaign and use data strategically, relying on Trump’s own list of supporters, the Republican National Committee’s voter list and a data service financed largely by the RNC called Data Trust.

“All of the data points — whatever they are — our ability to harvest that data is invaluable,” said Wiley, the RNC’s former executive director. He has since left the campaign, after what a source close to the matter said were disagreements with Trump loyalists about who should lead campaign efforts in key states. The person spoke on condition of anonymity, lacking authorization to discuss internal campaign matters publicly.

Given how Republicans have long trailed Democrats in digital campaigning, Trump’s grudging talk and Wiley’s departure hardly signal a rush to catch up.

Trump spent more than $1 million in April on campaign paraphernalia like caps, T-shirts and signs. Even as he was effectively seizing the nomination, he spent less than a third of that amount on data and related functions such as telemarketing.

Obama’s 2008 presidential campaign revolutionized the way technology could be used to identify and keep track of supporters who attended his campaign events and gave money to his candidacy.

In 2012, Obama’s re-election campaign profiled potential voters by monitoring what online, mobile, reading and shopping choices they made. The data helped them project election outcomes based on advertising decisions in specific markets aimed at select voter types.

Obama’s 2012 re-election was viewed as a breakthrough in the political application of what had been a commercial tool, while Romney’s own data effort started late, was more limited in scope and ultimately crashed.

Clinton’s campaign has been collecting data since she announced her candidacy 11 months ago. Elan Kriegel, an analytics director for Obama in 2012, now heads Clinton’s analytics team. And, Jeremy Bird, credited with using the data in 2012 for decision-making that preceded the president’s re-election, is advising the Clinton campaign.

“If you weren’t doing it several months ago, then you really are starting from scratch,” Kriegel said.

As the party’s nominee, Trump will have full use of the committee’s data program, in which it has invested heavily in recent years. Still, capitalizing on that resource will require Trump’s campaign to view data as central to its bid — and to put its own money behind it to tailor the data to preferences related to would-be Trump voters.

The Republican National Committee has recently added data scientists to its staff to assist with the general election. Also, an RNC data specialist first began working directly with the Trump campaign this month. But it takes time to turn raw data into meaningful models, Barkett said.

“It would take them six months to build and integrate the systems,” said Barkett, who advised Jeb Bush’s GOP primary campaign.

The election is in five months.