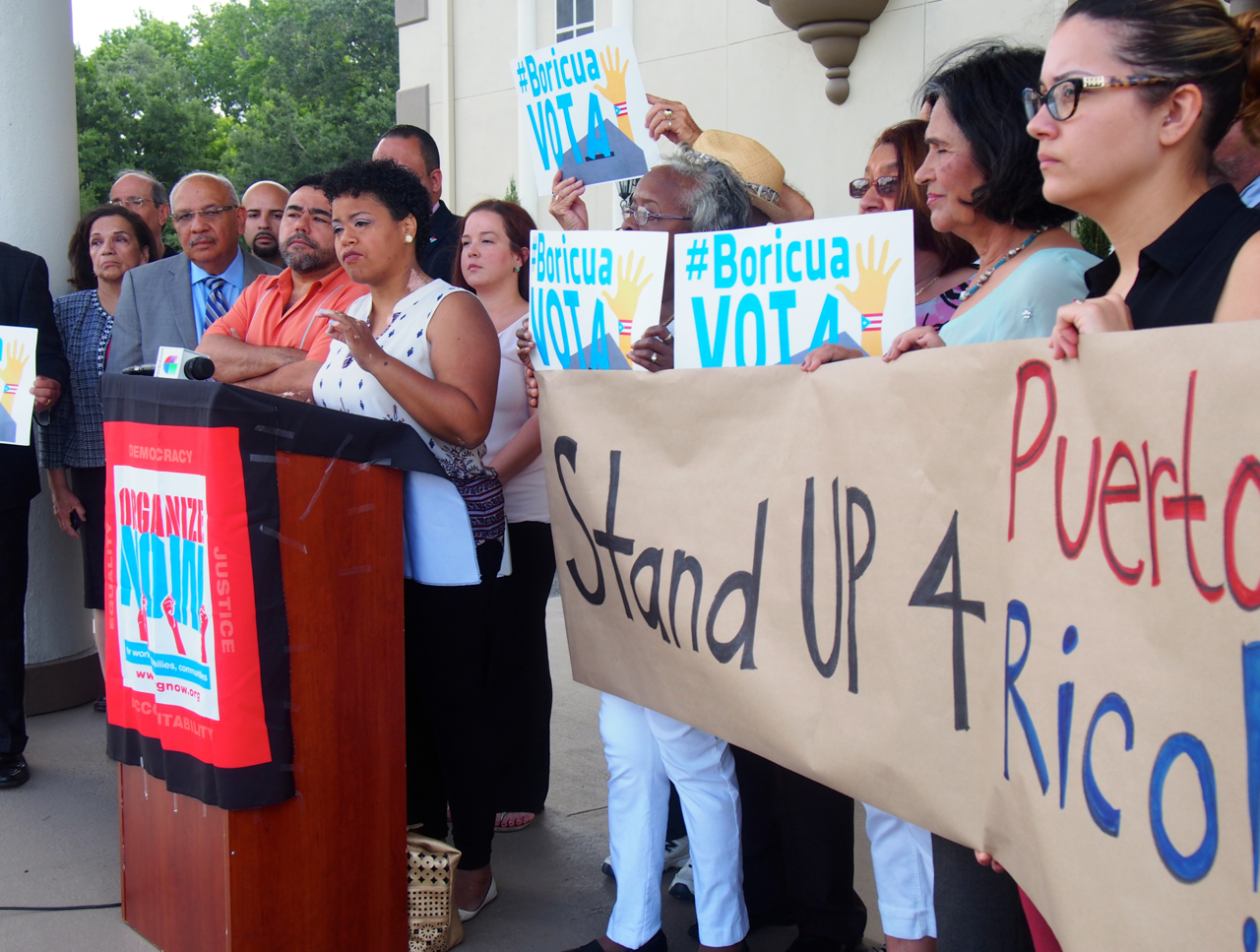 A May 2 rally in Orlando organized by Organize Now to support assistance to Puerto Rico.

Organize Now activists said it intends to deliver 7,000 petition signatures to three Orlando members of Congress this week demanding they prevent any more austerity measures for the people of Puerto Rico.

The Orlando-based progressive politics group has been gathering the petitions for several months, announcing its Puerto Rico-assistance campaign in early April at a press conference in Orlando.

Central Florida is the critical-mass center of the estimated more than 1 million Puerto Ricans who now live in the Sunshine State.

Organize Now will hand deliver the petitions to the office of U.S. Rep. John Mica, a Winter Park Republican, and mail them to the offices of Democratic U.S. Reps. Alan Grayson of Orlando and Corrine Brown of Jacksonville, whose district stretches into Orlando.

The petitions are being delivered on the eve of the House of Representatives’ anticipated vote this week on a new bill addressing Puerto Rico’s deepening economic crisis. H.R. 5278, the Puerto Rico Oversight Management and Economic Stability Act (known as “PROMESA,” meaning “promise” in Spanish, offers some assistance to the commonwealth, which is now in default on debt payments, but short of any bailout. It also offers a potential debt restructuring strategy.

Organize Now is calling on Central Florida lawmakers to block austerity measures on the island’s 3.5 million residents, who already are suffering from severe cutbacks in education, public services and health care.

“We are sending a clear message that we will not remain silent and will continue to fight for Puerto Rico. The PROMESA bill includes measures that not only go against the wishes of thousands of Central Florida constituents, but also fails to prioritize the needs of working families on the island,” Organize Now stated in a news release.