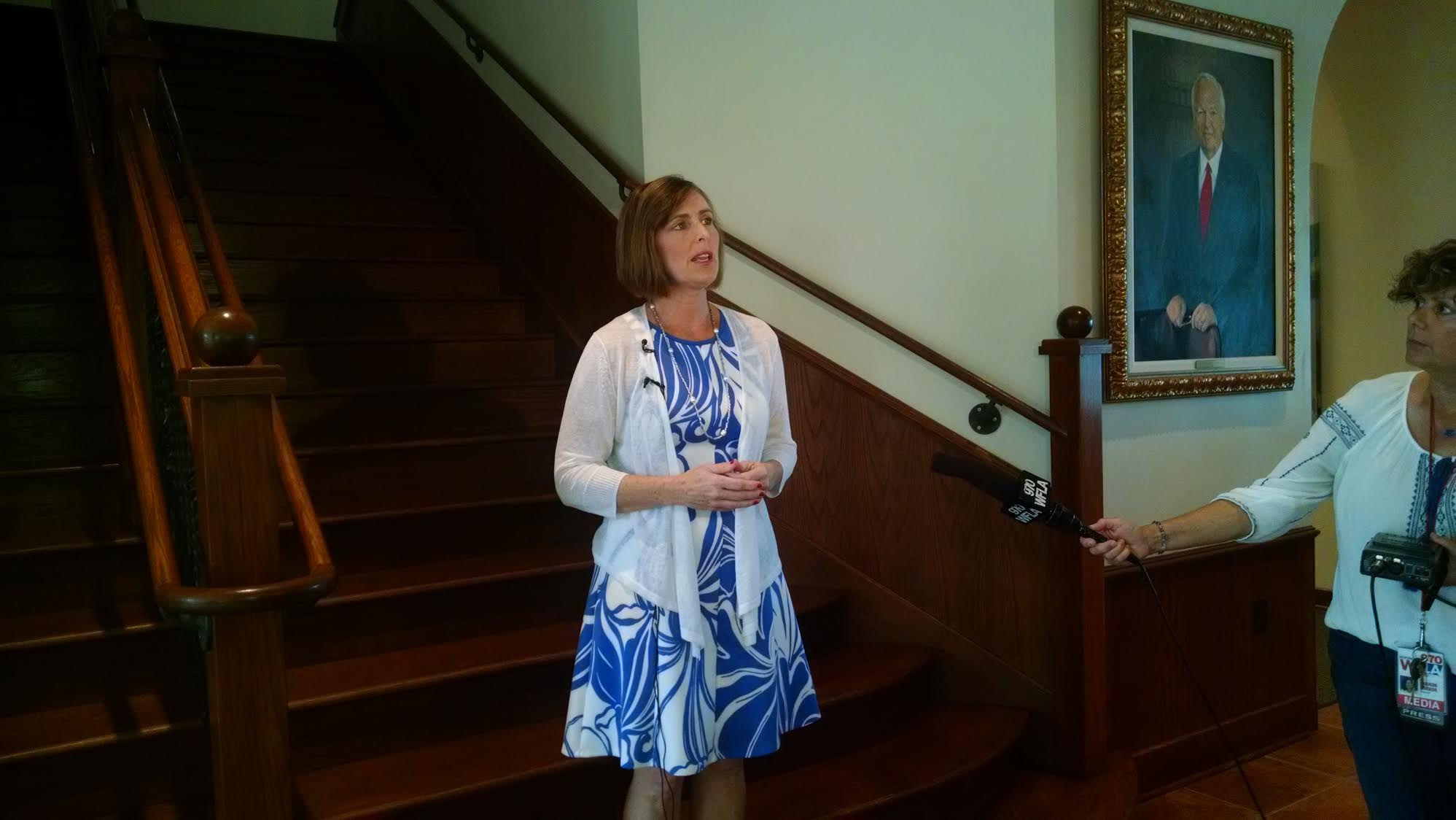 Tampa Bay area Rep. Kathy Castor says when she returns to Congress Monday night, there’s likely to be a moment of silence on behalf of the 49 people killed in an Orlando LGBT nightclub on Sunday morning. But she says the times call for something bigger than that.

“I’m pretty tired of having moments of silence without action, and without a plan to prevent these kinds of tragedies from happening again,” Castor told reporters Monday morning at a news conference inside the Stetson University of Law building in Tampa.

Castor began her remarks by saying this is just the beginning of what she said will be “an unbearable week” for the people in Orlando.

“There is too much hateful dialogue in this country and I think we’ve got to do everything possible to prevent this from ever happening again,” she said.

Like most Democrats on Capitol Hill, Castor supports gun control legislation that hasn’t been able to break through in the Republican-led Congress, even after similar gun massacres in Newtown, Connecticut; San Bernardino, California; Tucson, Arizona; and Charleston, South Carolina in recent years. She mentioned support for a bill that removes the loophole that allows terrorists (or suspected terrorists) to purchase a firearm, and reviving the ban on assault weapons that the Bush administration unsuccessfully tried to pass in 2007. She later admitted it’s not certain that if those bills were already law whether it would have prevented Omar Mateen from going on his shooting spree.

And Castor also mentioned support for Republican Pennsylvania Rep. Tim Murphy’s bipartisan H.R. 2646, the Helping Families in Mental Health Crisis Act, as something that needs to pass, though she fears it won’t be strong enough. That bill is scheduled to be voted on in the House Energy and Commerce Committee later this week.

Hillary Clinton earlier on Monday said the Orlando incident was a terrorist attack, and said that, at a minimum, the Islamic State appeared to be taking credit for it.

Mateen was a U.S. citizen, though he apparently traveled to the Middle East twice in recent years, where he may have possibly been radicalized. But Castor downplayed the extent of his religious background.

“When you look at the mass casualty shootings all across America, very few of them are committed by people of the Muslim faith,” she said. “Yes, it appears that this guy was radicalized online as an American citizen. We’ve got to fight that battle. “

“We’ve got to go to the technology, the personal connections with people if the FBI had actually surveilled and interviewed him, we’ve got to make sure that local law enforcement is able to follow-up on those things,” she said.

Although some Democrats expressed concerns the incident will only fuel Donald Trump’s candidacy. Castor says the world is looking for someone with a sure hand leading the world in these situations.

“Donald Trump does not have the knowledge, temperament or experience to be commander-in-chief,” she said dismissively.

nextTommy Hazouri trying again with the HRO this fall to protect LGBT residents, 'send a message'