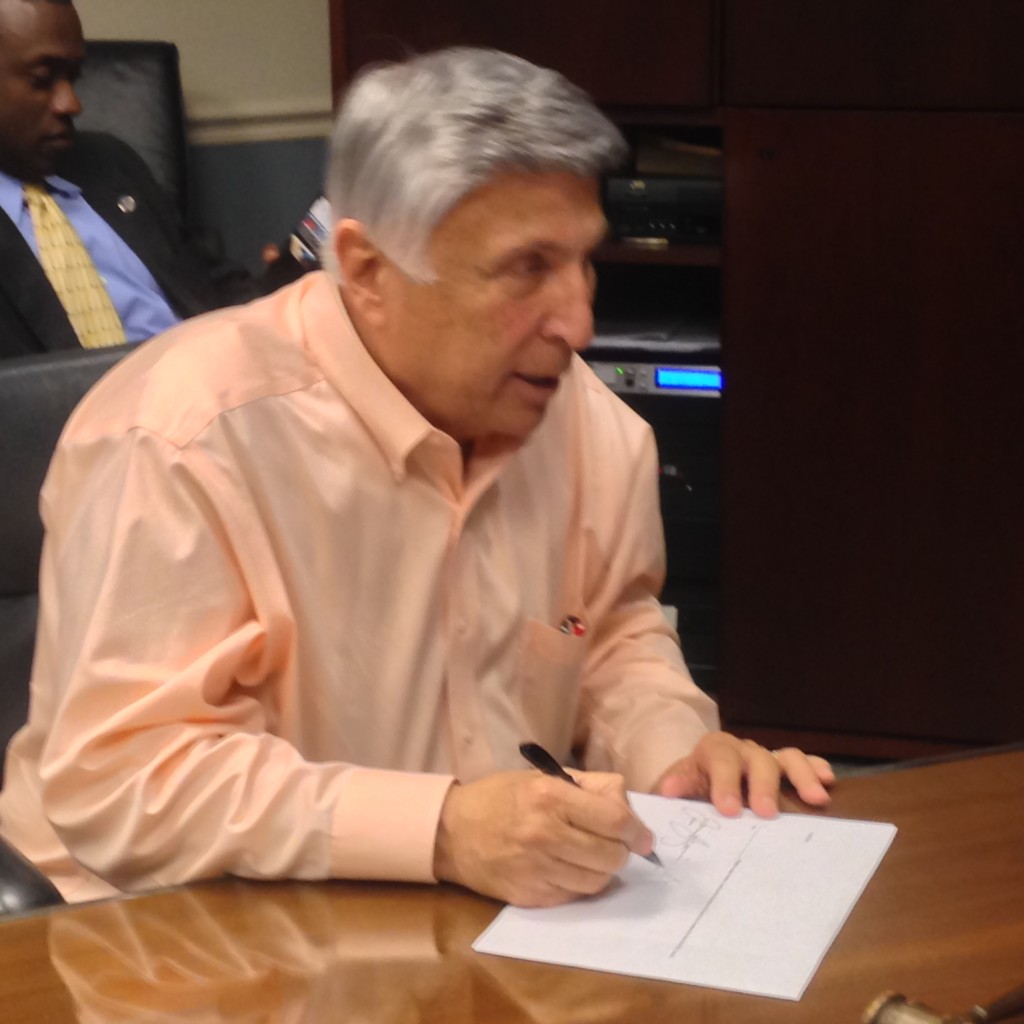 “It’s been our plan all along to do it after the mayor’s sales tax referendum,” Hazouri told WJCT.

That said, the former mayor and at-large city councilman says the shootings of 49 people at the Pulse nightclub in Orlando lend new urgency to his quest.

“Bottom line, we need the same protections for the LGBT community as we have for the rest of Jacksonville. And frankly, those who say that they’re for it, and who ran on it, need to come and speak out about it. It shouldn’t be just me, Aaron Bowman and Jim Love (the bill’s co-sponsors). It is so important. It makes a statement about Jacksonville and who we are. We need to do it and we need to do it yesterday.”

Hazouri says he’ll try again in September to get 10 votes on the 19-member council to support an updated HRO that bans discrimination against LGBT citizens in the areas of jobs, housing and public accommodations. Jacksonville remains the only large American metro area without an updated version of a human rights ordinance covering LGBTs.

“Been through so much with these Jacksonville Homosexuals that I don’t see none of them as victims. I see them as getting what they deserve!” Adkins tweeted after the Pulse massacre.

“He’s a hatemonger, there’s no question about it,” said Hazouri, who has often been the target of Adkins’ tweets, some of which featured images of Hazouri depicted in women’s clothing inside women’s restrooms.

Jacksonville Mayor Lenny Curry, who has said he does not think an updated HRO is necessary, hosted a series of community conversations regarding the potential expansion of the HRO in the first year in his term, which had Adkins as a panelist representing opposition to expansion. Curry says he did not personally pick Adkins and has denounced his post-Orlando comments.

“I asked the mayor at the time why he would put somebody on there that is speaking against the HRO in such a vicious way,” said Hazouri. “In hindsight, I’m sure the mayor has his regrets.”

previousKelly Cohen: This is my Orlando