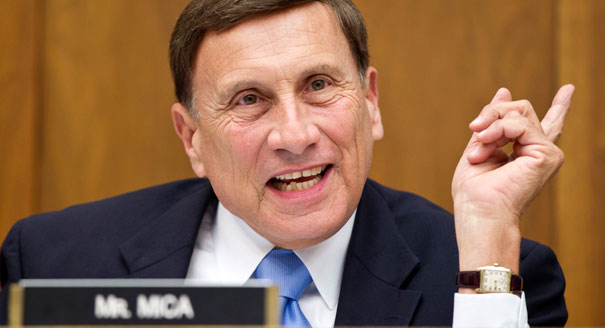 Republican U.S. Rep. John Mica has gotten a primary opponent in his bid for a 13th term representing Orange and Seminole Counties in Congress.

Mica, of Winter Park, will face Mark Busch, a Casselberry businessman who was once served as vice chairman of the Orange County Soil and Water Conservation District, for Florida’s 7th Congressional District. Both qualified for the ballot this week.

At the close of qualifying at noon Friday, no Democrats has yet officially qualified, though Rollins College business professor Stephanie Murphy of Winter Park filed all her paperwork earlier and appears likely to win the Democratic nomination. Florida Secretary of State Ken Detzner has indicated it could be until this evening before all the candidates’ files are fully reviewed to determine qualification.

Mica, 73, was first elected in 1992. While the district has changed over the years, and now covers all of Seminole, and north-central and northeast Orange, it has remained a stronghold for him. He has easily won primary challenges in the past two election cycles, one against another sitting member of Congress, then-U.S. Rep. Sandy Adams, after redistricting combined parts of their districts.

Busch, 32, is running on a platform that includes the belief it is time for a new generation in Congress.