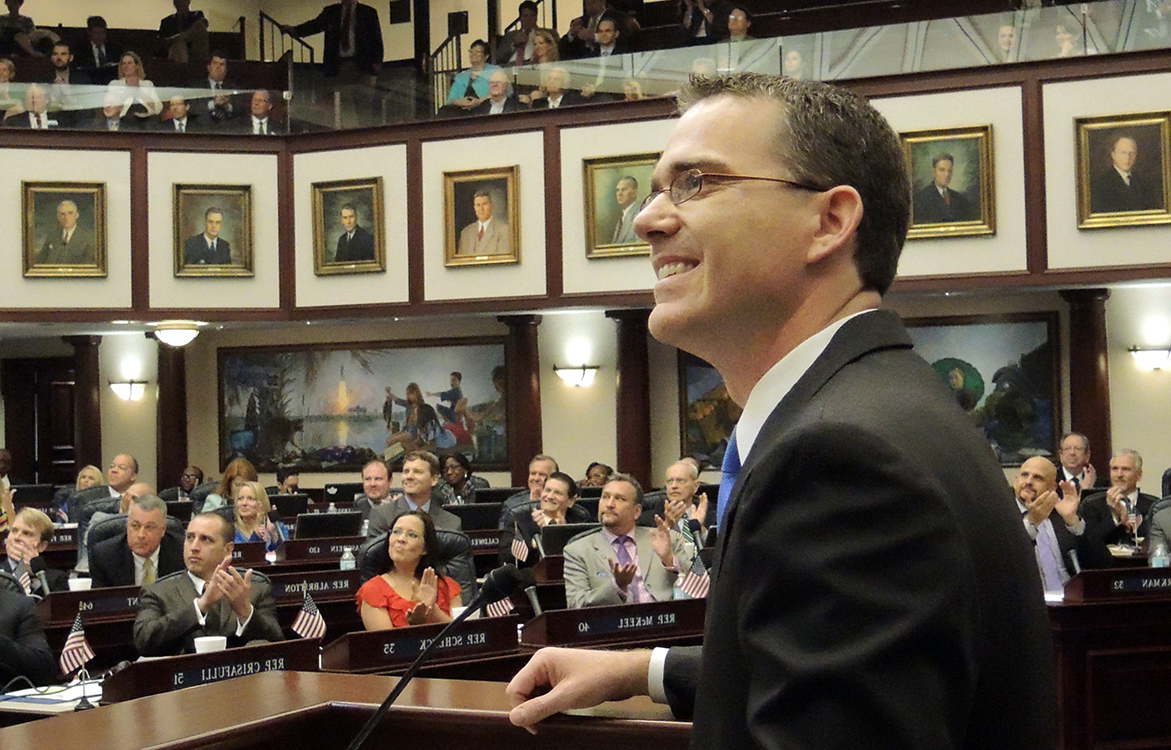 In what has been a frantic last day of filing and qualifying for Florida House of Representatives, Republican state Rep. Eric Eisnaugle of Windermere appears to have won re-election in House District 44.

More than five hours after the close of qualifying, Eisnaugle’s anticipated Democratic opponent, David Trotter of Orlando, has not qualified. If that holds up through the late processing of Friday’s candidate filings, Eisnaugle will be unopposed and automatically returned for another term.

Eisnaugle had little to worry about anyway. He represents a solidly Republican district in west Orange County, and he had about $85,000 in his campaign fund at the end of May while Trotter had not raised any money.

The only other candidate who filed in District 32, Tommy Hayfield of Leesburg, did not qualify.

Sullivan will face Theo Bob, a Republican from Eustis. The winner will face Robert Rightmyer, an independent from Apopka, in the HD 31 general election in November.

Brodeur has no primary opponents but will face independent Steve Edmonds of Oviedo in HD 28 in November. Democrat Julia Coakley of Winter Springs said Friday she is withdrawing, and Libertarian Franklin Perez of Oviedo has not qualified.

Smith, of Orlando, will face Shea Silverman of Orlando in HD 49 in November. Republican candidate Martin Collins of Orlando has not qualified.

In other Central Florida races: