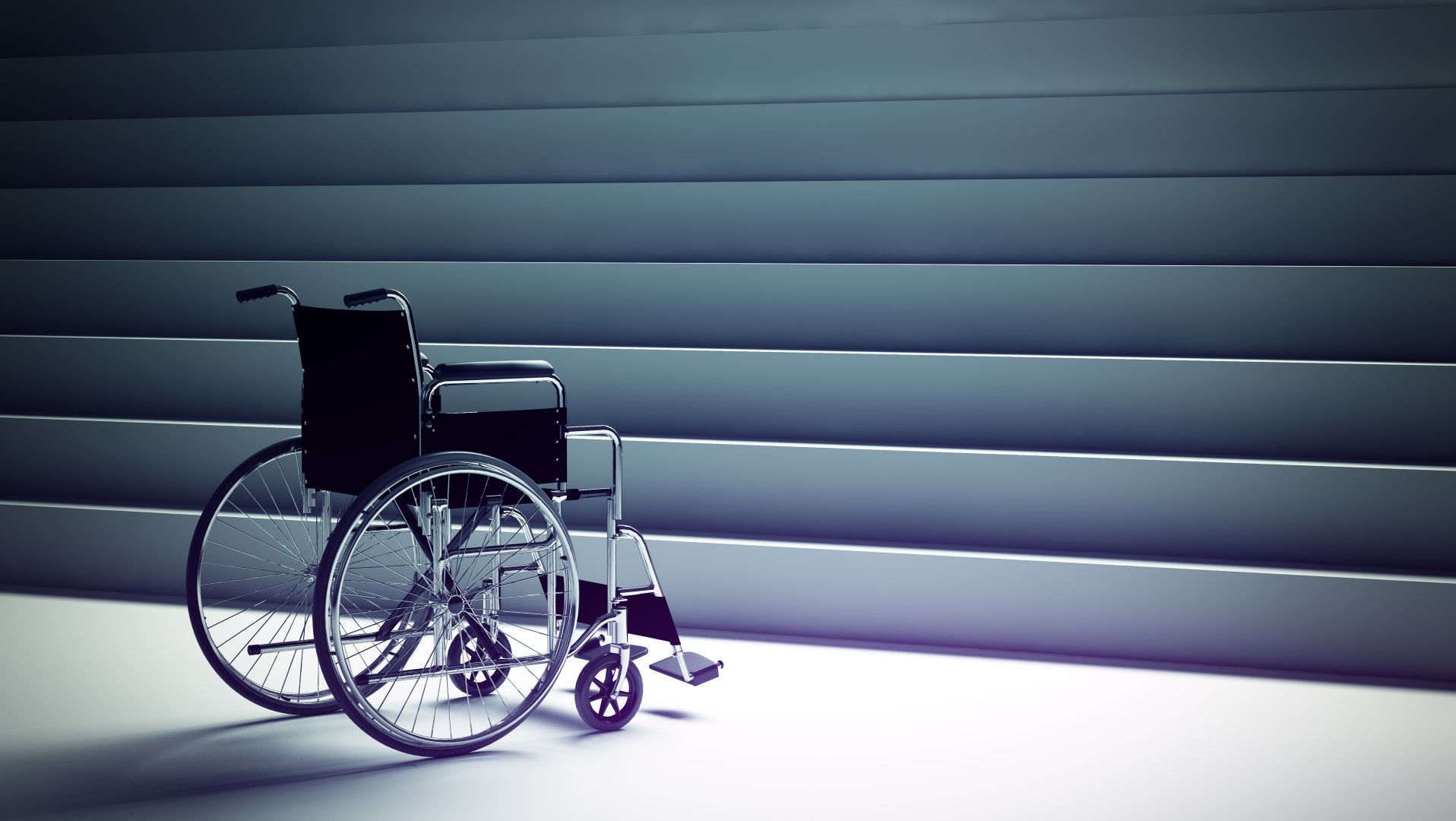 For those of you who are elderly or disabled and travel north for the summer, let this be a cautionary tale. Recently, I experienced a new awareness of the continuing disconnect that exists the between the “able” world, in which the majority of the population live, and the “disabled” community.

There are a billion — that’s right, one billion with a “b” — fellow travelers on this planet Earth who have some form of disability.

Great advances in accommodations and accessibility have arisen from the Americans with Disabilities Act of 1990. However, since my wife recently experienced a temporary disability this summer, as her caregiver, I now know firsthand that much more must be done.

In July, we visited a theater in Pittsfield, Massachusetts, called Barrington Stage. We’ve been there in the past, but failed to notice the theater has no elevator.

On previous visits, we were “able” to climb the multiple staircases to the mezzanine, so it was not an issue.

Now, given my wife’s changed circumstances, I recall past visits, seeing many elderly, if not disabled, audience members having severe trouble navigating the stairs to the mezzanine.

Given that the majority of their audience falls into the elderly demographic, this would seem to be especially inappropriate. Floridians finding themselves in a similar age group can certainly relate.

It’s hard for me to fathom that my wife and I were the only ones (think theater management) who noticed those out of breath and unsteady theatergoers finally reaching their seats on high.

Obviously, the solution is to sit downstairs in the orchestra WHEN or IF tickets are available there. What happens, however, when they are not? That was my experience recently when trying to purchase tickets for an especially in-demand production.

The orchestra seats were sold out, but available that morning were half-price, day-of-sale tickets.

All those seats were in the mezzanine. I anticipated a problem, but honestly expected to broker a sensible solution.

First, I spoke to a manager, by phone, at the site of purchase, to make what I considered to be a reasonable request. Couldn’t she simply put a chair of any kind downstairs at the rear of the orchestra (or anywhere) so my wife did not have to (which she wasn’t able to) traverse the long staircase upstairs?

I tried again by phone, through a very courteous ticket agent, to reiterate the request to someone who I was told was a different manager.

The answer, again, was no.

This is disturbing on a number of levels: (1) Barrington Stage prides itself (or so they say) on making theater available to everyone; (2) I’m assuming that, like most arts groups, Barrington Stage receives some level of federal or state funding, which means that they should fall under ADA rules. Even IF they don’t, there is an ethical, if not legal, responsibility to address the above issue.

Their failure to do so is especially disappointing, in light of the fact that THREE other cultural groups in the area all assisted my wife with seating, without even being asked.

Ironically, in a different theater, only 20 miles further in Williamstown, the play being performed, “Cost of Living,” centers on how the larger culture interacts with the disabled community. Those who run Barrington Stage should see it; the experience could help make them aware of what I saw: the consequences of what happens when those who are “able” are intransigent toward those who are not.

My wife’s disability is, as I said, temporary. I can only imagine how those whose disabilities are permanent navigate similar scenarios each and every day of their lives.

Since initially writing this as a “Letter to the Editor” to the local newspaper — “The Berkshire Eagle” — I received a response that they wouldn’t print it.

Why? Because it wouldn’t be “fair” to the theater.

The paper apparently reached out to the theater’s management, who responded they couldn’t put in one extra chair because it would violate a fire law, and they could be fined.

My response: That’s a specious argument. I disagree. ONE chair makes a fire violation? Come on. What they did was an ethical violation, if not a legal one.

In addition, I also believe that, from a journalistic perspective, you have not done due diligence. Why don’t they have an elevator? Do they accept federal funds? (They do.)

As noted in a 2014 news release: “Barrington Stage Company receives $10,000 Art Works Grant from National Endowment for the Arts (NEA) in support of Dancing Lessons, a world premiere by Mark St. Germain.”

With that said, do they fall under ADA regulations/laws? Good question. Why not ask it?

There’s a story here, Berkshire Eagle. You missed it. You especially missed the larger issue contained within my attempt to broker a broader conversation. Why can other arts groups do the right thing without even being asked? Aren’t they subject to the same “fire laws?”

They’re not off the hook and neither are you, regarding your responsibility to broker that conversation. If the discussion (that’s what journalism is about, correct?) led to the conclusion you’ve reached OR your own research did so, then that’s fair.

Taking their word for it is not.

I appreciate, as I hope Berkshire Eagle readers do, that there are avenues other than mainstream media through which to broker discussion.

One of the most important issues to discuss is how we treat — or, in some cases, mistreat — those who do not enjoy all the privileges of good health so many of us take for granted.

Dr. Tony Silvia is an author, lecturer and professor of journalism and media studies at the University of South Florida St. Petersburg. His most recent book is “Robert Pierpoint: A Life at CBS News.”

nextChuck Clemons endorsed by Ted Yoho in race for HD 21