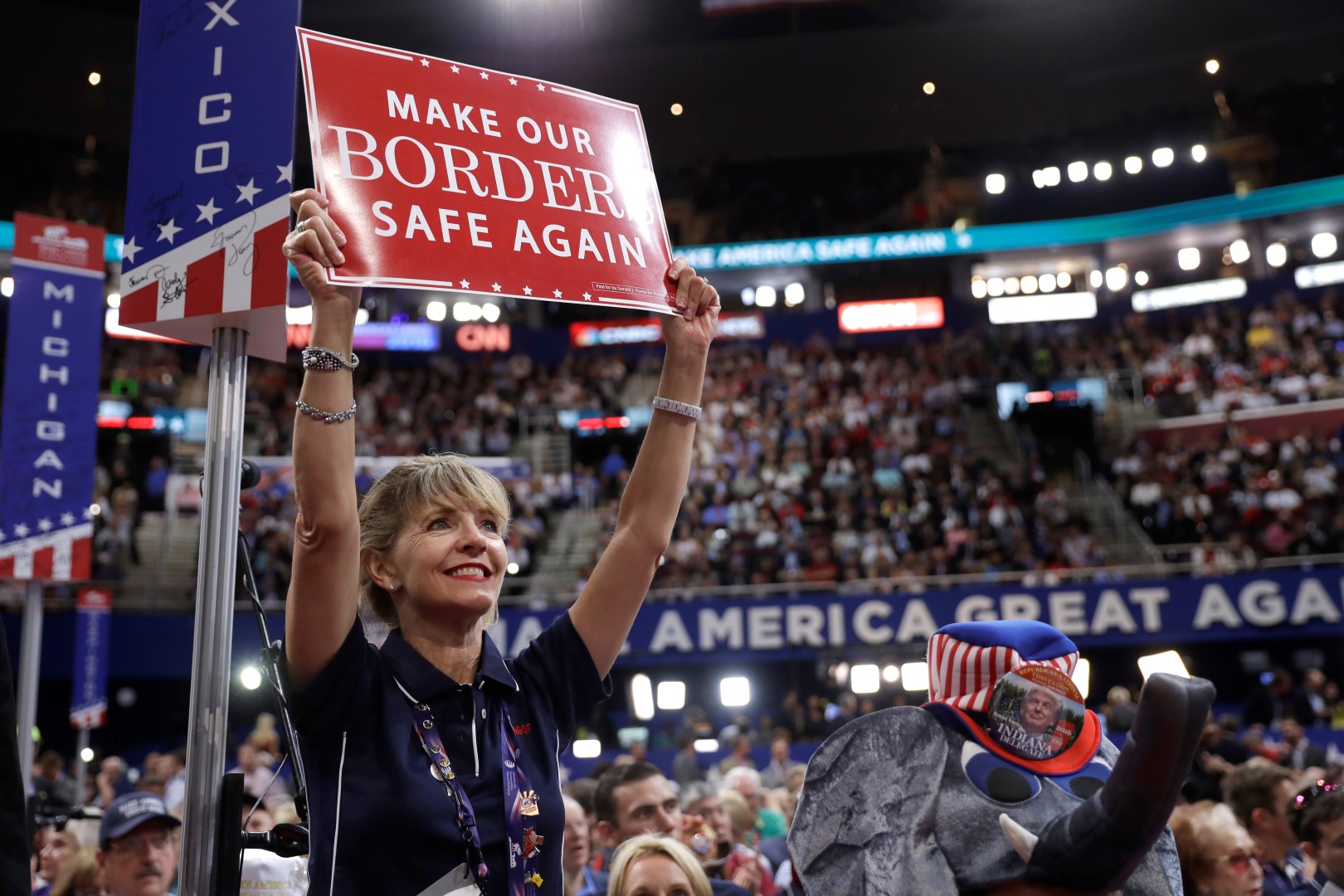 OK, I think we get the message.

Republicans spent the first two days of their convention in Cleveland trying to get one point across: They hate Hillary Clinton. Check that. To them, she is Satan in a pantsuit, but without the charm.

To break it down, they believe she is a godless, soulless, flesh-eating monster responsible for every bad thing that has happened on Earth, probably starting at the Garden of Eden. We’re still trying to confirm that last item, but I think I heard it on a far right-wing talk radio show and that’s good enough. Either that, or Ben Carson said it.

More on that later.

We will, of course, hear the same stuff directed at Donald Trump next week at the Democratic convention in Philadelphia. I don’t know about you, but I will be glued to Twitter all week just to catch The Donald’s response to all the things they will say about him.

Being a bit of a policy wonk, though, I would imagine Hillary and her supporters will lay out more specifics about what she wants to do if elected. I’m still waiting to find out what Trump would actually do to Make America Great Again!!

We are only halfway through the convention, though, so there is still time. Meanwhile, here are some takeaways from Day 2 of the GOPfest along Lake Erie.

RYAN (SORT OF) GETS ON BOARD:  I wonder how many in the audience were secretly wishing that the speech House Speaker Paul Ryan delivered Tuesday would have been his acceptance of the presidential nomination.

Agree with him or not, but Ryan was forceful, articulate and clearly spelled out a GOP vision. That skill has thus far eluded many other Republicans. His attacks on Clinton were more policy-based, and I guess you could say he endorsed Trump – tepidly.

But, take it however you can get it.

A JOB FOR CHRISTIE: If Trump wins, I think New Jersey Gov. Chris Christie wrapped up the job of attorney general. His rousing prosecution of Clinton was manna for the hungry hordes inside the convention hall – although the repeated chants of “Lock Her Up” are starting to sound more than a little creepy.

Hatred, stoked to the level we have seen in this convention, can do the nation no good going forward. By the way, Democrats, that means you, too.

NOT SO GENTLE BEN: When Ben Carson was a candidate for president, I was far from the only one who though he was this generation’s Chauncey Gardner – the memorable, bumbling character played so well by Peter Sellers in the 1979 movie “Being There.”

Like Gardner, Carson says things that sound deep but upon examination make no sense. He hasn’t stopped. In his speech Tuesday, he went “there” – connecting dots between a thesis that the then-Hillary Rodham wrote while in college about author Saul Alinsky.

Alinsky was an anti-establishment rebel who believed in social change. He had a single reference to Lucifer in his book “Rules for Radicals” where he referred to the demonic one as the original radical. He also hat-tipped Thomas Paine, by the way.

The New York Times read Clinton’s paper and concluded that while she agreed with Alinsky’s very-Republican ideal that antipoverty programs tend to be ineffective and bureaucratic, she said one of his core ideals “ran counter to the notion of change within the system.”

That, Carson told the crowd, meant Clinton had in essence endorsed Satan.

“So are we willing to elect someone as president who has as their role model somebody who acknowledges Lucifer?” he asked.