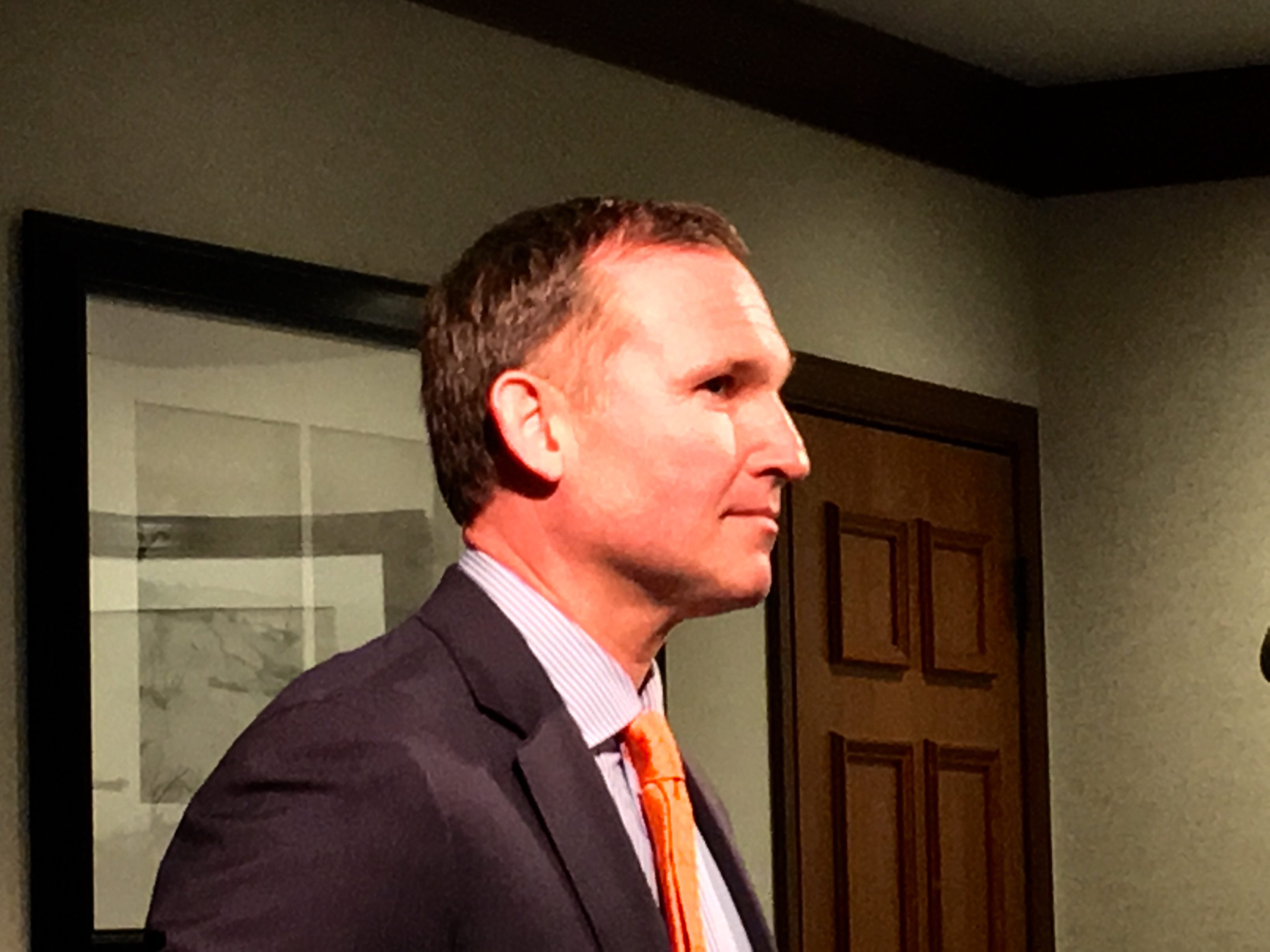 The genesis of the Monday morning presser was rooted in a Florida Times-Union article Saturday, in which a sheriff’s office task force, in a draft version of a report, voiced what was called a “rare case of public skepticism” about the pension-tax proposal, which is on the ballot next month.

The draft report pushed for a raise in the millage rate along with the pension tax referendum to pass. As well, it took issues with chronic underinvestment in public safety, according to the T-U article, which quoted the report as asserting that “men and women of the JSO are caught between the fiscal contradictions of Duval County’s consolidated government, while facing increasing crime rates, perpetual high violence, and loss of peer employees to other agencies …. [these] contradictions threaten the long-term viability and competitiveness of the agency in terms of recruitment and employee turnover, as well as morale and operational effectiveness.”

Curry responded to the writeup on Twitter over the weekend: “I told you the elites would want to raise your taxes. That is always the EASY Answer for them.”

Then, on Monday, he took questions from the media, during a half-hour Q&A session in which the mayor questioned the timing of the release of the draft report, two days before absentee ballots are mailed out, as “purely political,” spawning a “news cycle … [that] leads citizens to believe that the sheriff believes that [Curry’s] pension reform proposal doesn’t go far enough.”

“Any member of the media reporting that the sheriff supports a millage increase,” based on the draft version of the report, is guilty of “sloppy work,” Curry said.

Not so, said Curry, echoing a Williams statement that he is “not in favor of this [millage rate increase] at such a fragile time in our fiscal recovery.”

“It’s easy for people to sit in boardrooms [and conference rooms] and say that a millage [hike] won’t hurt anyone,” Curry said, before posing hypotheticals such as “how many gallons of milk” and “how many school lunches” would that money buy.

Council President Lori Boyer, on hand at the press conference, noted she was “absolutely convinced” the referendum offers the best solution for the unfunded liability, describing the “extra $200 million a year” as a “monkey on our back.”

Aligning her message with Curry’s, Boyer noted the “suggestion that raising the millage rate is the answer to all problems” ignores the impact on “regular folks” and likewise fails to pay heed to “population growth in surrounding counties,” which manage to provide services for lower millage rates. (Though they don’t have, it should be added, legacy costs related to a glut of public pensions, a backlog in infrastructural costs, and a larger amount of government dependency and related costs than Duval County itself.)

To avoid an even greater “exodus to surrounding counties,” Boyer advocated the tax extension as a “solution that doesn’t cause extraordinary pain.”

Boyer also noted opponents of the pension tax assume the city has the money now to pay down the unfunded liability, and also assume a “good return on investment” from money invested.

The task force draft report advocated for 400 new officers; Curry noted that the first and second budgets he brought forth offered 80 new officers and 80 new community service officers already, and reiterated his contention the real issue is the $200 million annual gap between the roughly $75 million the city should be paying for pension costs per annum and the $280 million number, “tax dollars we ought to have” but don’t.

Curry noted, as another rejoinder to the draft report, that he walked “hand-in-hand” with the sheriff to restore the 147 officers cut by the previous administration.

Curry also noted “several members of the task force have repeatedly encouraged increased resources for JSO,” but he did not name those members.

When asked if public safety employees or union heads had pushed him toward hiking the millage rate, Curry said that hadn’t been in case, and whether in closed door meetings or with press present, he has been “consistent” on his message.

Curry promised Jacksonville “will have the funds we need to ensure a safe city.”

Describing the unfunded liability as a “huge burden on our backs” that has been “largely ignored,” Curry noted his approach is to “say it, own it, and solve it.”

“If we don’t solve it,” Curry added, “it’s going to be a really ugly future.”

“Without pension reform,” Curry continued, budget priorities will have a “massive shift toward public safety,” and “areas already suffering are going to suffer even more.”