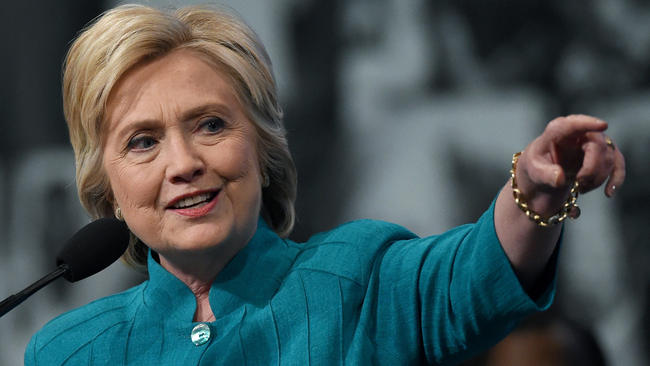 President Barack Obama certainly set the bar high for Hillary Clinton‘s acceptance speech tonight at the Democratic National Convention, but most fair-minded people will know that going in. Even his harshest critics acknowledge that Barack Obama is one of the finest orators our nation has ever had in the White House, and the grading curve should be different than everyone else.

But by this point, it should be obvious about what we’re going to hear tonight — a healthy dose of optimism about this country, and criticism of Donald Trump‘s much darker and, OK, dystopian vision.

I wrote about those themes emerging in Clinton’s speech in Tampa last Friday afternoon.

She also criticized his Cleveland RNC speech where he said that he alone could fix so many of the ills that the nation is undergoing.

I saw on Twitter last night how some conservatives and Republicans feel like their message is being hijacked by the Democrats. There’s a reason for that. Out of power, the opposition party has to point out that there are problems in this country, that only they could solve.

Bernie Sanders said the same thing in his own way.

Mrs. Clinton is the establishment, no doubt. By wanting to maintain another four years of Democratic rule after the past eight years, yes, she is portraying an America “that is already great,” another line we’ve repeatedly heard this week.

There were so many other interesting things that happened in the past 24 hours. The chants of “no more war!” being yelled at Leon Panetta was interesting.

Of all the speeches from last night, I thought Michael Bloomberg’s was the most interesting.

Although it was purely symbolic, a bid to offer an alternative to Tim Kaine in the vice-presidential roll call last night died by indifference of the Democratic National Committee.

This DNC has been all about humanizing Hillary Clinton. A former staffer of hers, USFSP political science professor Judithanne McLauchlan, says the image portrayed by conservative talk show hosts isn’t the woman she knows.

Jerry Brown, Gavin Newsom, Martin O’Malley and Bill deBlasio all got their turns on the big stage at the DNC on Wednesday night.

Some of the state’s most prominent Democratic mayors took their turns before their fellow Democrats yesterday.

Bob Buckhorn fired up the crowd in Philadelphia.

Philip Levine touted the plan to bring a streetcar to Miami Beach in his speech in Philly.

Tallahassee Mayor Andrew Gillum spoke before the entire DNC yesterday, but spent some time a the Marriott Hotel in the morning.