Few legislative decisions have been as wildly popular as Florida’s “sales tax holidays.” They have become more than just a tax break. They are a traditional back-to-school event that families plan for, neighbors talk about and businesses promote.

This year’s back-to-school sales tax holiday — from Aug. 5 through 7 — is shorter than last year and does not exempt from taxes some items previously included, such as computers.

But few tax breaks generate such excitement among taxpayers while stimulating business activity with increased advertising and competition.

Florida was among the first states in the nation to create what was called the “Florida Residents’ Tax Relief Act” in 1998. Support for renewal has been nearly unanimous among lawmakers. In some years, separate holidays were created for hurricane preparation supplies and energy efficient appliances; in other years, such as during the Great Recession, lawmakers paused the holidays due to financial constraints.

Some back-to-school holidays were as long as 10 days, spanning two weekends. That has led to some perception that this year’s version is somehow less valuable. There also are claims the tax break does nothing to stimulate the economy and only shifts spending to different time periods.

This is a unique chance for taxpayers to choose whether to take advantage of a tax break. And the benefits for businesses are evident by the incredible promotion and hoopla surrounding the event. Were there no benefit to businesses, it is unlikely we would see such celebration and investment in advertising from establishments big and small.

Economic arguments aside, few tax breaks resonate more with Floridians while providing a brief lesson in how we pay our taxes. Few Floridians noticed a hike, and then a cut, in their vehicle registration fees over the past few years. Nor is it likely consumers noticed last year’s modest cut in taxes on services like cell phones and cable TV.

But the sales tax holiday provides savings Floridians actually consider and discuss. Appropriately for the kick-off of the school year, it’s a teachable moment about how the sales tax affects us in our everyday purchases.

Dominic Calabro is the President and CEO of Florida TaxWatch. 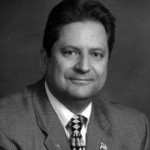