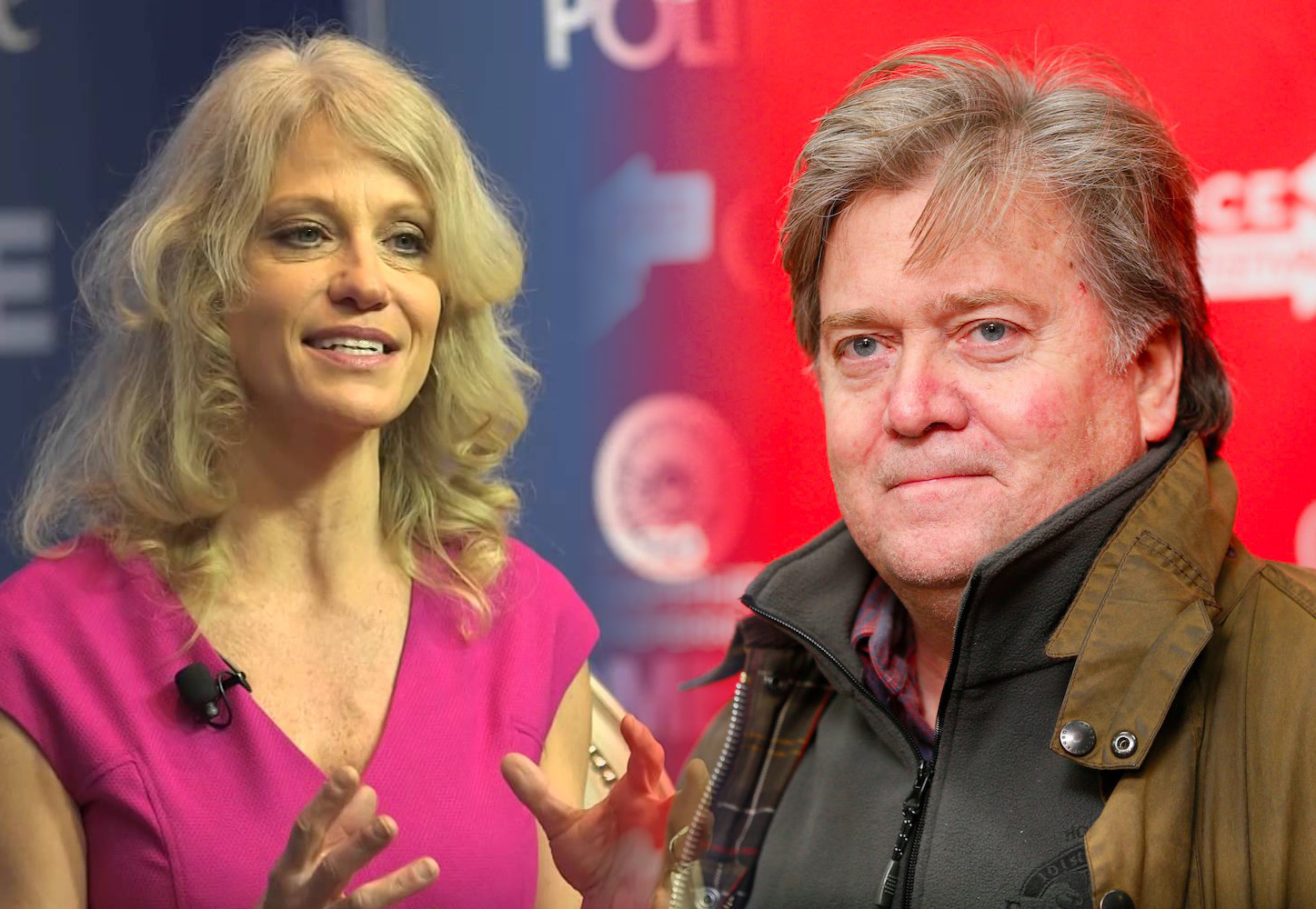 Donald Trump and his campaign are sending a signal with the announcement of Steve Bannon as campaign CEO and Kellyanne Conway as campaign manager. Aside from the clear message that his is a campaign in trouble, it also provides a clear picture of a major focus of his campaign going forward.

That focus is to make the election about Hillary Clinton and not Donald Trump. So far, Trump’s world-class lack of discipline has kept the spotlight on himself.

There can be little doubt that Bannon has been brought on board to change that dynamic. If the candidate will cooperate and refrain from responding to criticism from Gold Star families, it will be interesting to see if this move works.

“It’s an expansion at a busy time in the final stretch of the campaign,” Conway told The New York Times.

Bannon is fairly well-known in conservative circles as the Executive Chairman of Breitbart News, the media outlet liberals love to hate. Even some conservatives were unhappy with Breitbart’s softness for Trump during the primaries.

No one is talking about Bannon’s accomplishments as a conservative filmmaker, but they should. His skill in that area will make him invaluable to Trump. That is if the candidate will cooperate.

Bannon’s most recent work is the film version of Peter Schweizer’s New York Times best-selling book, Clinton Cash. The findings of Schweizer and his team at the Florida-based Government Accountability Institute (co-founded with Bannon) have given Trump and Republicans fodder for op-eds and TV ads for months.

(Full disclosure: I represent a group from Japan that translated and published Clinton Cash in that country.)

The book and the film chronicle the questionable donations to the Clinton Foundation from foreign governments doing business with the U.S. while Clinton was Secretary of State. Clinton is clearly vulnerable to political attacks on the activities of the Foundation.

Millions of dollars have come into Foundation from some governments which operate on the notion that being gay is punishable by death. Or women are not even second class citizens.

Those are in addition to the almost daily revelations provided by the release of still more emails.

For those who like to fall back on the notion that only Fox News is talking about this, think again. The Boston Globe, no conservative organ, published an editorial Wednesday calling for the Foundation to stop accepting donations. Now.

These should be the gifts that keep on giving for Trump. Instead, his instinct has been to talk about Clinton and President Barack Obama being the “founders of ISIS” during his most recent Florida swing.

This is the state of the playing field as Bannon enters the game. If Bannon can keep Trump on message, a huge undertaking, we should expect television and online ads taking the most devastating snippets from the film. His imprint will be on other ads as well.

Conway brings campaign experience, including decades as a pollster. She is also a frequent guest pundit on political shows.

We will soon see if Trump puts his faith in his “core four” of Bannon, Conway, campaign chairman Paul Manafort and his deputy Rick Gates. If Conway becomes the most frequent spokesperson, then despite denials, Manafort’s role has likely changed.

Manafort is under scrutiny for his role in helping the pro-Russian government in Ukraine (at the time) direct undisclosed payments to U.S. lobbying firms. This dynamic will make him unable to effectively represent the campaign in media interviews, especially the Sunday shows.

How does the Trump campaign talk about the Clinton Foundation while its campaign chairman is being peppered with questions by those seeking to create a moral equivalence between the two? The answer: by keeping the chairman under wraps.

This is clearly Trump’s last chance to be relevant. It may already be too late, but with an opponent as flawed as Hillary Clinton, anything is possible if the focus stays on her.

previousJoe Henderson: Endorsement, momentum may not be enough in Hillsborough District 6 race