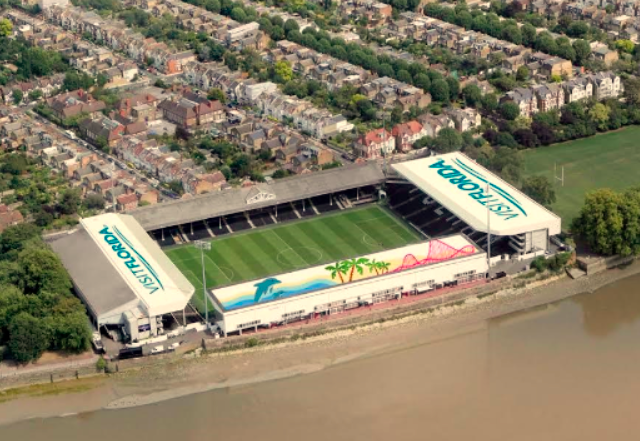 The partnership with Fulham Football Club is entering its second year, according to an email sent Wednesday by Paul Phipps, the agency’s chief marketing officer.

What’s the Florida connection? The club is owned by Shahid Khan, who also owns the Jacksonville Jaguars.

“With the United Kingdom as one of Florida’s top overseas markets, the opportunity to engage with fans around two passions — travel and football — is vitally important,” Phipps wrote.

For $1.25 million for 2016-17, the state gets “the VISIT FLORIDA logo emblazoned on all home, away and third Fulham jerseys, a massive mural on the roof of Craven Cottage Stadium that can be seen by aircraft approaching Heathrow Airport, riverside signage on the Thames, LED digital messaging in the stands and dugouts, and on field, and pre- and post-match interview backdrops,” he said.

“The deal also incorporates VISIT FLORIDA messaging and promotional opportunities with the Jacksonville Jaguars tied to their Oct. 2 game against the Indianapolis Colts at Wembley Stadium in London,” Phipps added. “This marks the fourth year the Jaguars have played an AFC South opponent as a home game in London as part of the NFL’s International Series.”

The United Kingdom is “Florida’s top overseas travel market with 1.7 million visitors to the state in 2015 who spent $1.5 billion,” he said.

“I am elated to have VISIT FLORIDA returning to Fulham and the Jags for what I believe is one of the more distinctive and imaginative partnerships, not only in football, but in all of sports,” Khan said.

The Fulham Football Club, founded in 1879, plays in the English Football League Championship, akin to a Triple-A system under England’s Premier League. In its last match, it drew a 1-1 tie Tuesday against Leeds United.

previousDonald Trump campaign shakeup -- will it be enough?