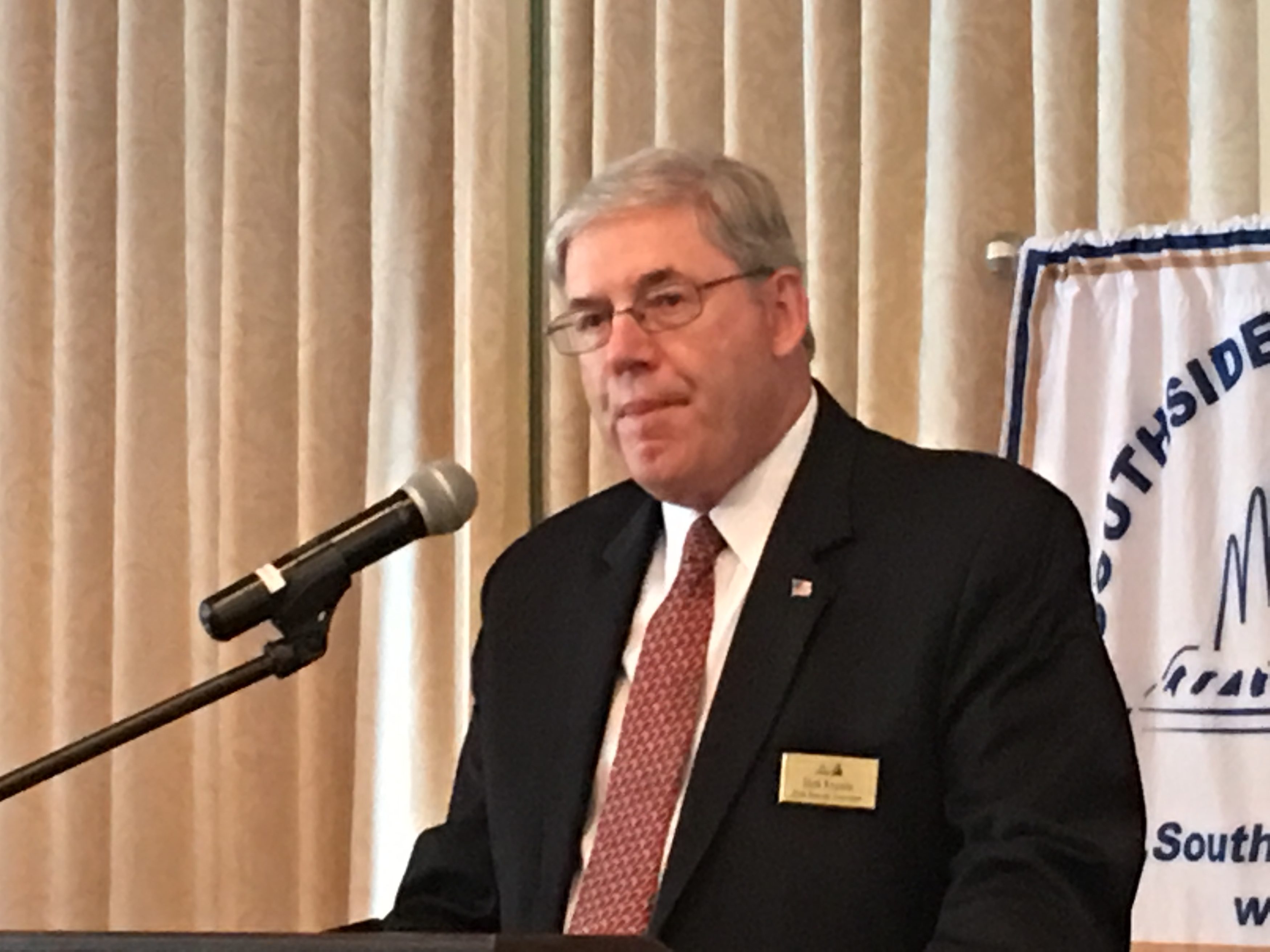 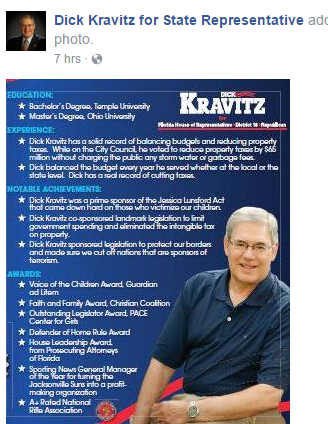 When it comes to House District 16 Republican Dick Kravitz and the NRA, Kravitz must feel he’s being graded on a curve.

The trouble is, the National Rifle Association didn’t give him an A-plus this year.

And double trouble: Kravitz has already been called out on this deception, and persists in misrepresenting the NRA position.

“Dick Kravitz DOES NOT have an A+ rating from NRA,” wrote Marion Hammer, past NRA president and executive director of Unified Sportsmen of Florida.

Candidate ratings are posted on NRA’s website; and Kravitz was provided with a link to his A rating.

More from Hammer: “No responsible candidate would claim a grade without first checking to find out his grade … One can only assume that Mr. Kravitz is deliberately misrepresenting his NRA rating.”

Kravitz leads off with CAPSLOCK, to let you know that either he’s serious or having vision problems.

“IMPORTANT FACT. LIES HAVE TO BE ANSWERED AND I AM IN THE PROCESS OF DOING JUST THAT!”

Kravitz uncharitably refers to the political consultants of his opponent, Jason Fischer, as “political assassins,” before attempting to cloud the issue about the fraudulent flyer.

Fischer is endorsed by the NRA, not Kravitz, which raises questions as to why he continues to tout an NRA rating that, at the very least, Kravitz no longer has.