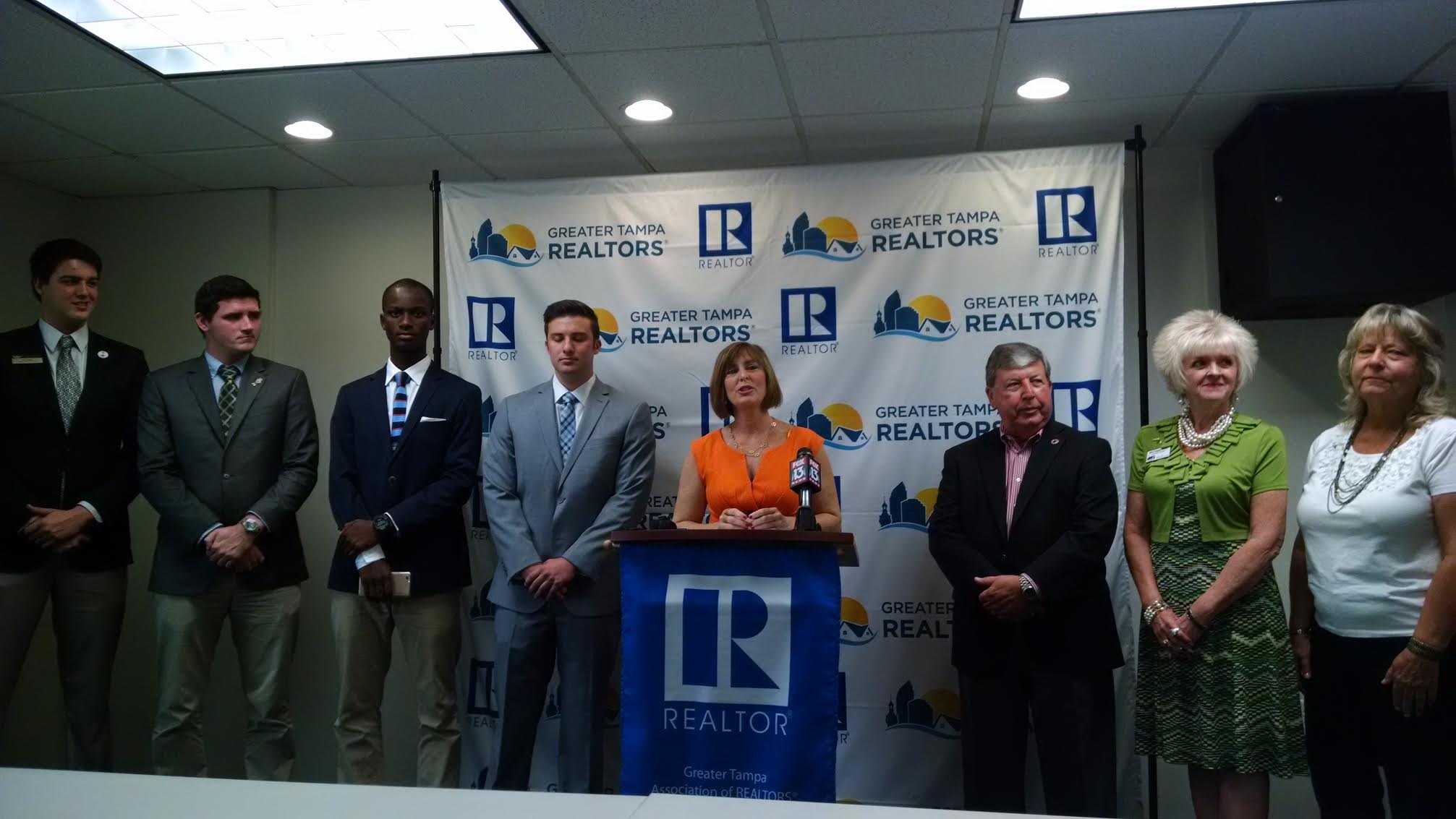 With nearly seven out of every 10 college graduates contending with a student debt topping more than $35,000, the immediate economic future of our best and brightest has never been hazier. But they’re not the only ones hurting.

That was the message that came out of a news conference held Monday at the Greater Realtors Association in Tampa.

“When they try to qualify for a mortgage, that debt is thrown into the mix with any other debt that they would have, and it would impact the amount of loan that they would be to get,” complained Jack Rodriguez with the Greater Tampa Association of Realtors. “With the ability to refinance into a lower interest rate or stretch it out, they would bring down their payment which would allow them to purchase more house.”

Legislation that has been stalled in Congress the past few years would allow student loan borrowers to refinance their loans at current rates.

The bill she was touting is the “Bank on Students Emergency Loan Refinancing Act,” first introduced in the Senate by Massachusetts Sen. Elizabeth Warren in 2014. The bill has more than 170 co-sponsors, but hasn’t moved in the GOP-led House of Representatives over the past few years.

“We urge Congress to listen to the students, and listen to those living in debt,” said Alec Waid, the USF student body vice president. “Our universities are supposed to be setting us up for success, but how can we be successful, how can we reach out potential, if we’re living with the fear and living with the insecurity of this debt, because once we graduate, we don’t know what’s going to happen, and that’s scary, that’s terrifying for a young person.”

“Many of my peers at my school and all over the country are also having the same struggles of being able to afford their education,” said James Scudero, the student government president at the University of Tampa. “They have no idea what the future holds for them. Some of them actually have to drop out of their colleges because they’re so high in student loans and they just don’t know what to do but to drop out and give up on their dreams.”

Earlier this year the National Association of Realtors and American Student Assistance released a report on how college student debt is deleteriously affecting the housing market. The report showed 71 percent believe student debt has delayed them from buying a home.

When asked why the bill has stalled in Congress, Castor said it was sadly due to “inertia” that has enveloped the institution in recent years. “Whether it’s having a hearing on a Supreme Court Justice, regrouping to pass emergency funding for the Zika virus, or action in Flint, Michigan,” she said. “I would put this in the category of a Congress unable and unwilling to deal with the issues that impact Middle America.”

Alan Collinge, the founder of StudentLoanJustice.Org and author of “The Student Loan Scam,” has criticized the bill, writing in The Hill last year that the legislation “does nothing to lower the price of college, nothing to decrease the amount of debt having to be borrowed, and nothing to address the perverted fiscal incentives that have turned this lending system structurally predatory.”