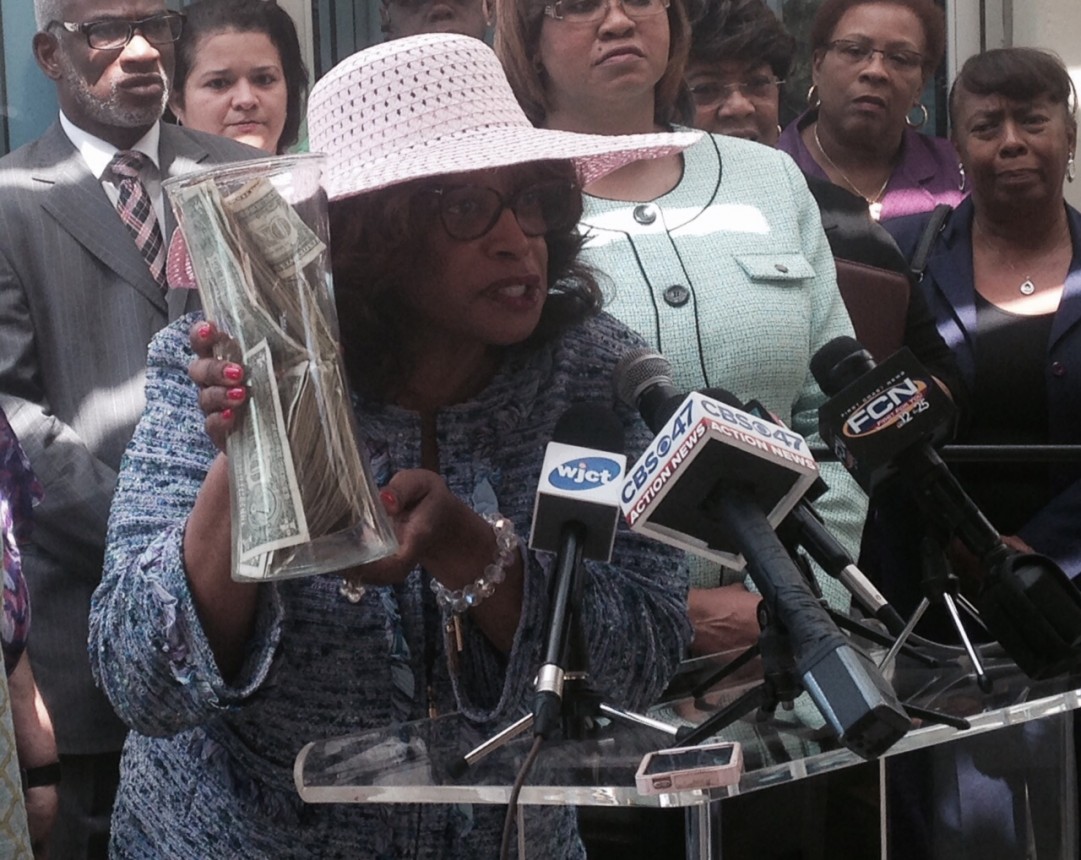 We broke the story last week of Corrine Brown reporting under $25K cash on hand for her campaign, and we also got her to admit, in a profanity-peppered presser, that her campaign was underfunded, and her legal issues were contributing further to her financial malaise.

Now, with the end almost near, Rep. Brown is taking to Blogspot with a fervent plea: Send money now!

Political “contributions are the gas that fuels political campaigns,” says Brown, “and our gauge light is flashing red.”

With penury on the horizon, Brown reminds her supporters that her opponent, Al Lawson, is getting Republican cash, sourcing our blog to prove it.

“To make matters worse, a recent report in the Florida Politics blog shows that the same Big Money Republican groups backing Donald Trump and Gov. Rick Scott have poured thousands of dollars into the campaign of my ‘Democratic’ challenger Al Lawson,” Brown writes. “It’s easy to understand who Al Lawson would work for in Congress. It won’t be you.”

Lawson, for whom Brown appeared at a fundraiser four years ago, was once Senate Democratic leader, but he has billed himself as someone who can work on both sides of the aisle.

Brown had Martin Luther King III in town this weekend, and Rep. Barbara Lee on Monday, but if their appearances are driving fundraising, it’s not showing up as of yet in Brown’s 48-hour contribution reports.

If the desperate blog is any indication, Brown’s realizing that she needs money quickly. And that realization, against the backdrop of her lack of counsel as she faces, along with her chief of staff, 24 federal counts.

The congresswoman from Florida’s 5th Congressional District, along with Chief of Staff Elias Simmons, face 24 charges between them, enumerated in a 46-page indictment, related to conspiracy to commit mail and wire fraud and related issues surrounding the One Door for Education scheme.

The feds allege Brown, Simmons, and Wiley exploited Brown’s membership in Congress to solicit fraudulently and receive hundreds of thousands of dollars of payments on the pretense they would be used for charity.

Brown has a hearing Tuesday afternoon at the federal courthouse in Jacksonville.

It would be a good bet that media will ask her about this issue and everything related to it.