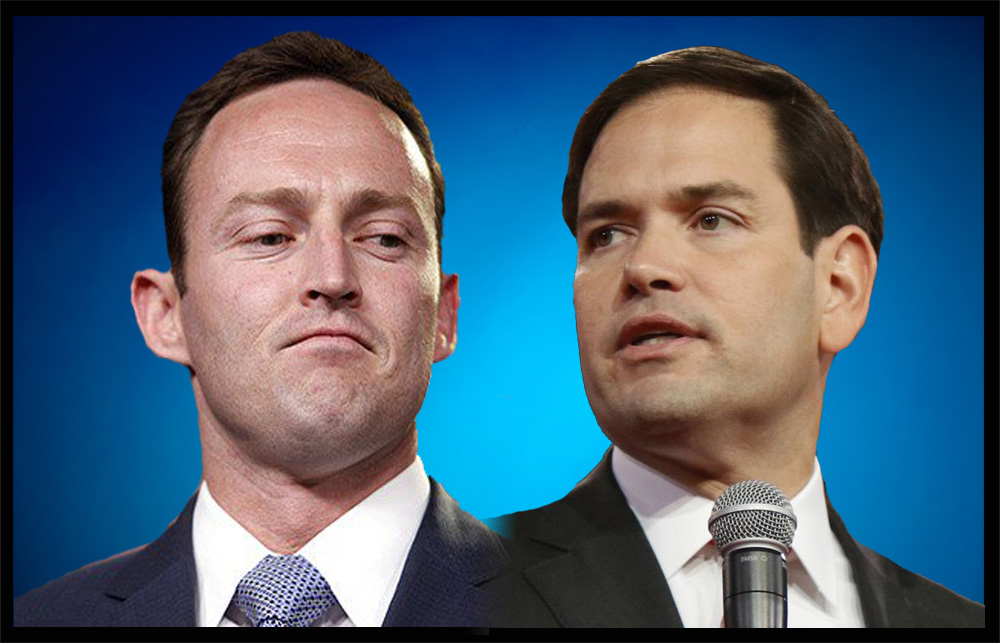 Democrat Patrick Murphy wasted little time in finding the fatal flaw in a bill by Republican Marco Rubio to prevent suspected terrorists from purchasing firearms, while attempting to protect the rights of lawful gun owners.

On Thursday, the Florida senator submitted the “Terror Intelligence Improvement Act of 2016,” which requires federal agencies to flag anyone attempting to buy a gun if he or she has been the subject of a terrorism investigation within the previous 10 years.

The bill’s language cites as its raison d’etre the ability of Pulse nightclub shooter Omar Mateen to legally purchase weapons used in the attack, despite Mateen being under investigation by the FBI in 2013.

If passed, Rubio’s proposal would delay such gun purchases for three days, giving authorities time to consider filing a petition to prevent the purchase.

What Rubio fails to consider, says Murphy campaign manager Joshua Karp, is the constitutional concept of probable cause — where law enforcement must prove a gun buyer is actually intending to commit a crime, and not simply be a suspect.

According to Karp, Rubio’s “toothless bill” does not address “any of the challenges faced by law enforcement in trying to prevent terrorists or unstable individuals from obtaining a dangerous weapon in America.”

“If authorities had that kind of strong evidence against an individual, that person would likely be arrested or detained already,” Karp says. “The whole point of the terror watch list is for potential threats that don’t quite rise to that level.”

A similar proposal from Republican Sen. Susan Collins of Maine would have allowed the Attorney General to deny weapons to individuals deemed threats to national security, while establishing an appeals process to protect the rights of responsible gun owners.

The key provision of Collins’ compromise bill states: “The Attorney General may deny the transfer of a firearm, not later than three business days after a licensee under chapter 44 of title 18, United States Code, contacts the national instant criminal background check system.”

With Rubio’s plan, it is on the Attorney General to prove in court that each individual flagged intends to commit a crime — with only three days to meet this standard of proof before the weapon purchase goes forward.

A suspected terrorist could have a weapon in 72 hours, Karp says, if the Justice Department couldn’t get a court to intervene. That slight change in wording essentially negates the bill’s entire purpose.

In addition, the bill also fails to provide necessary funding for the Justice Department to go to court to keep suspected terrorists from obtaining weapons, further setting back its intended safety measure.

“Rubio does not have a real plan,” Karp writes. “Just another political game designed to distract from his record of standing with the gun lobby funding his campaigns, instead of Floridians who want solutions on gun violence.”

In addition, 86 percent of respondents support barring those on the Terror Watch List from buying guns — with 90 percent of Democrats, 84 percent of Republicans, and 80 percent of independents approve closing the terror gap. As for a ban on assault weapons, 59 percent of voters support it, compared to 34 percent opposed.