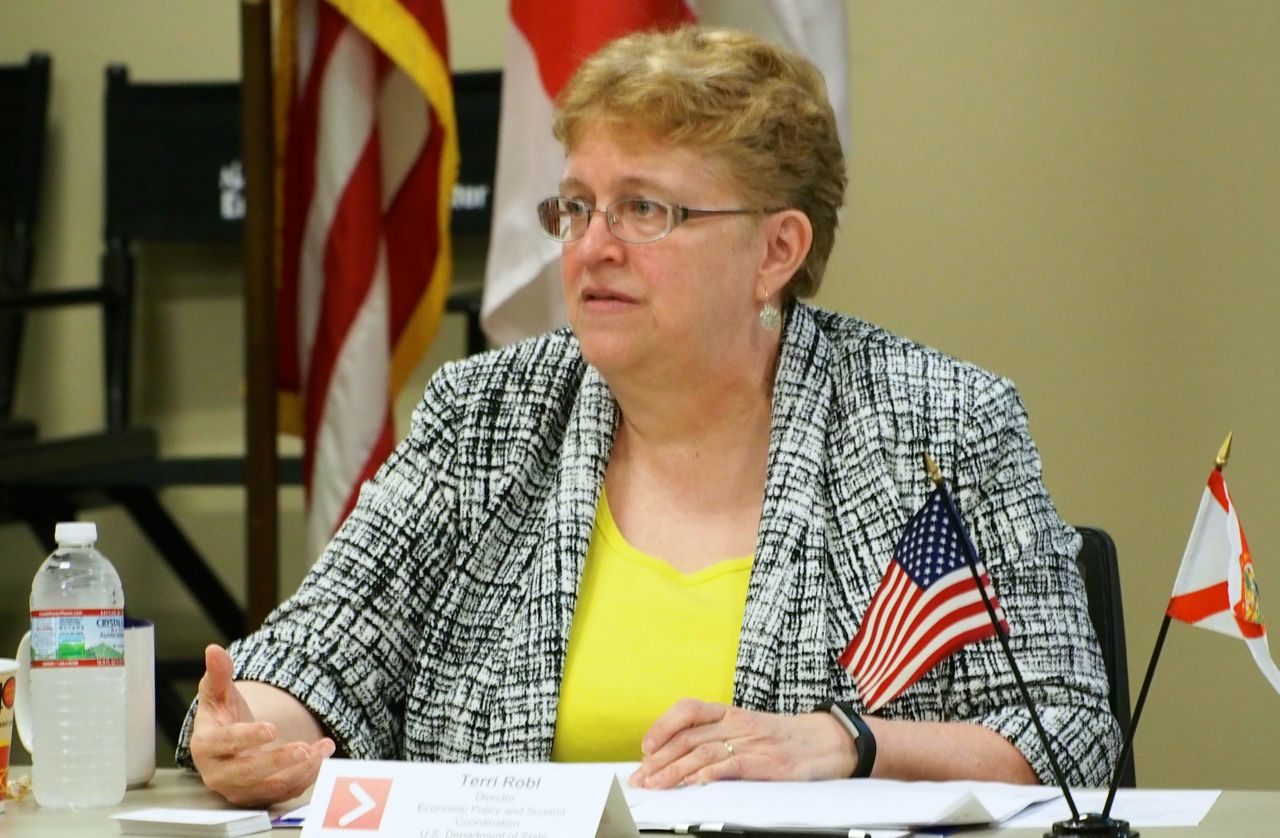 The Trans-Pacific Partnership may be getting little political love this election season, but the administration of President Barack Obama still is quietly pushing it, as at a meeting of small business leaders organized Monday by Business Forward.

Terri Robl, director of regional economic policy and summit coordination for Western Hemisphere Affairs at the U.S. Department of Justice, told a gathering of a couple dozen interested small business leaders, chamber of commerce representatives, and others Monday that the TPP could create a whole new world of opportunities for them.

Robl, joined by other federal officials, insisted she was non-political and there at Orlando’s National Entrepreneur Center only to provide basics and answer questions about the TPP. She also planned to meet with a small business conference in Orlando later Monday.

“There is a major effort going on to make sure people understand what it really is,” she said.

The administration is working with the Congressional leadership with the hope of getting approval as soon as possible, she said, adding it is Obama’s highest economic priority. She also noted neither of the two presidential candidates is supportive, so when Obama leaves, the five-year initiative may be in even bigger trouble. Republican Donald Trump is steadfastly opposed. Democrat Hillary Clinton has said she is opposed to the TPP in its current form.

“The political discussions, sometimes they don’t even sound like they are about the TPP,” she said. “I do think a lot of times the positions on it are not based on a full understanding of it.”

The TPP has been endorsed by the U.S. Chamber of Commerce, the Business Roundtable, the National Association of Manufacturers, and the Farm Bureau, among others.

“And waiting to act on the Trans-Pacific Partnership will have real costs, because of delays in the reductions of tariffs by a single year can result in $94 billion in lost opportunities,” she said. “It’s important from the standpoint of the Department of State in particular that our partners are looking toward us to act.”

She warned that without the TPP, countries in the Pacific Rim may consider an alternative deal being pushed by China which would not have the kinds of labor and environmental requirements included in the TPP.