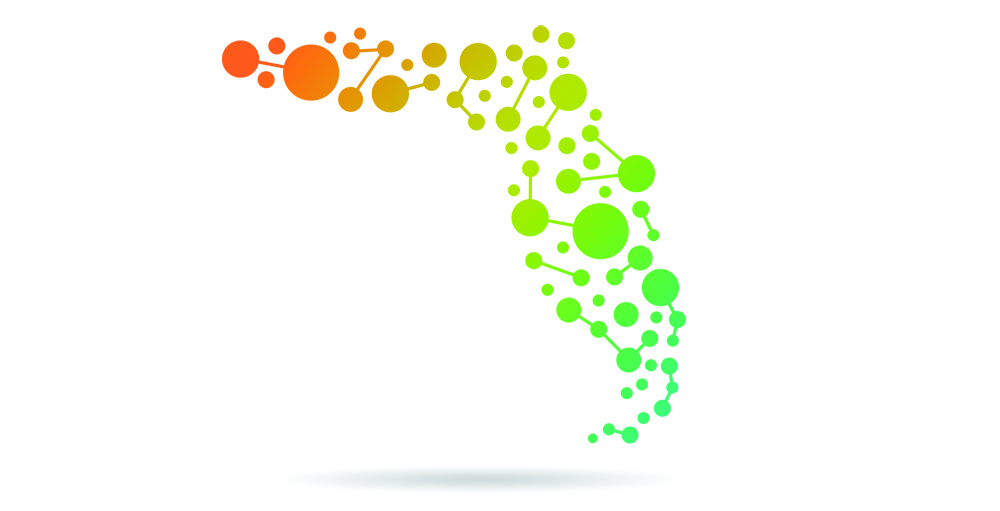 TO: Reporters Covering Florida, Other Observers and the Nation of Twitter

RE: BREAKING, 2016 version: Florida is gonna be close

For much of the window between 2000 and 2012, the conversation about Florida, driven at times by Nate Silver himself was “is it really a swing state?” This year, the new narrative is “why isn’t Hillary Clinton crushing it in Florida?” Both then, and now, those statements were and are absurd.

Let’s settle one thing, for good. Until further notice, Florida is an exceptionally competitive swing state. In fact, it is THE most competitive.

When you look at the last four Presidential elections in Florida, Republicans won two, and the Democrats won two.

Over those four elections, roughly 30.5 million voters have had a presidential vote counted — and the difference between Republicans and Democrats? Try 71,000 votes. That is a margin of 0.24 percent.

No other state in the country was closer.

Just look at today’s NYT poll, the first poll using the actual file of registered voters. What was the margin? One point.

Florida is just wired to be close. And 2016 will be no different. Here are a few reasons why.

The electorate is closely divided — and both sides are united.

There are 12 million voters, and Republicans and Democrats are separated by just over 2 percentage points. Among the most likely voters, it is even tighter. So, in other words, we basically start at a push.

Florida used to be a state where, particularly on the Democratic side, partisan loyalty was not a given. But over the last decade, voters have generally migrated to the “correct” party for their voting behavior. According to exit polls, in 2008, both D’s and R’s won 87 percent of their own partisans, in 2012, it was 90 and 92 respectively, and in 2014 governor’s race, 92 and 89 percent. In today’s New York Times poll, they were at 88 and my side at 86. In other words, at this point, particularly with the anger of partisans toward the other nominee, once undecideds go to their camps, both candidates will start with about 90 percent of their own likely voters.

And if Trump carries them by 4, the margin in the NYT race, under my model, we are living 2000 again. That’s Florida. Everything is about the margins.

So the consensus is … Florida is always changing. Well it is, but even so, the “states” of Florida perform very consistently.

For the sake of space, let’s look at Florida in three regions. Interstate 10 (five North Florida markets), I-4 and Southwest Florida (Orlando, Tampa and Ft. Myers), and Southeast Florida (Miami and West Palm).

If you compare 2000 and 2012, despite the massive changes in the electorate, the vote share in these regions is absurdly similar.

In other words, even as the state margin ranged from Obama +3 in 2008 to Bush +5 in 2004, there just was very small movement within regions.

Let’s project forward to 2016. If you assume HRC gets the best share in each “region” of the state, her upper end is 51.6 percent, her lower end is 47.5 percent. In other words, forget what the polls say, based on the history of the last four elections, we are talking about a state that might have, tops, 5-6 percent of real swing vote.

And note — I understand that this is more than a two-way race, but it doesn’t change the conclusion — Florida is close.

Those of you all who know me understand my affection for people who live in the 202 or 212 area code lecturing us about our state. Just last week, during a trip to D.C., one of the smart ones tried to tell me that she should win here by 6-8 points, because, you know, Hispanics.

Demographics are big, and they are Clinton’s edge, just as they were the driving factor in Obama’s 2012 win. But when I mean big — it means the demographics are a huge advantage to my team this year and going forward, not that she’s going to win Florida by six or that we are on the verge of being a perpetual blue state.

If you take the exit polls as truth, Obama won 61 percent of the Hispanic vote in 2012, after winning 57 percent in 2008. Keeping in mind that in terms of nation of origin, Florida’s Hispanics look nothing like Colorado, Nevada, or New Mexico’s Hispanics, let’s say she just crushes it — wins 70 percent. Given the higher floor among Hispanics in Florida due to the large Cuban Republican population, it is hard to imagine her above +40 among these voters. And again, +40 would be historic, given that in 2004, exit polls said Bush won Hispanics by 12 over Kerry!

Let’s start from scratch. We won by 0.9 percent. So let’s say she wins the same share of white, and black (African-American and Caribbean) voters — and the latter turn out at their 2012 share, but wins Hispanics by 40 points, instead of 22 — she’d win by 4-5 points. The only way it becomes a blowout is if Clinton can really take back ground with whites, but so far, there’s been no evidence of it happening.

But what if she gets the same share of the white vote as Crist, 36 percent — so instead of losing whites by 24 (Obama), she loses them by 26? Her lead slips to 3. And if that number drops to 35, so we are talking about 28-point Trump win among whites? Her lead goes to 1.

In other words, you can see how capitalizing on Hispanics moves the needle for her, but in no way does it move the state into some kind of slam dunk, or safe seat kind of place.

So what does it all mean? And what should you watch for?

First, what we are seeing is Florida is being Florida. She has a self-correcting political equilibrium that causes the state to find its competitive center.

In fact, I can predict with almost total certainty that Democrats will win 11 counties in 2016, Republicans will win 54, and there are only two where I am uncertain — and neither candidate will win either of these two counties by more than 500-1,000 votes.

I do believe Clinton has a narrow edge for two reasons:

Demographics: The state is getting more diverse, and while that doesn’t guarantee her a win, it does give her a cushion. Based on growth alone, Obama’s 0.9 percent win in 2012 is probably worth closer to 1.2-1.5 percent in 2016, simply based on demographic trends. She has a cushion to bleed a little among whites and still win.

Organization. This is where the Clinton operation will reap its investment. By registering voters, and turning out more of the lower propensity black and Hispanic voters, her campaign can capitalize on the demographic advantages. Organizations are like kickers in football — they aren’t vital in blowouts, but you better have a good one in a close game, and they are building an organization designed to win a close election.

Here are a few places to keep an eye on. I’ll update this closer to Election Day so you can look for keys on election night.

Hillsborough: As Beth Reinhard called it, Hillsborough is the “molten core of the political universe,” and while it is trending a bit bluer these days, it is really must-win for both sides. If she is winning by a few points here, she’s almost surely winning. When you add in neighboring Pinellas, you have between 11.5 percent and 12 percent of the statewide vote in one tight, very much swing area.

Dade and Orange: This is where she can really move bigger margins than 2012. Enthusiasm is hard to measure in polls or talking to a man on the street, but her organization in these two places will be stout.

Volusia: Once a blue county, it is now a lean-GOP county. How much it leans toward Trump will be an indicator for if he’s expanding his white vote share.

So yes, Florida is close. It has been close since 1992, and it will be close in 2016, 2020, and 2024. And Trump has to win it, as the last president to go to the White House without Florida was Calvin Coolidge. So pull up a lawn chair, grab a six pack from your local brewery (#DrinkLocal), and settle in.

What is not a close call is whether the Jaguars should fire Gus Bradley, today. But more on that in a future memo.

I hope this has been helpful. As always, please feel free to call or email if you have any questions.

nextMitch Perry Report for 9.20.16 — Rick Kriseman works on turning it around