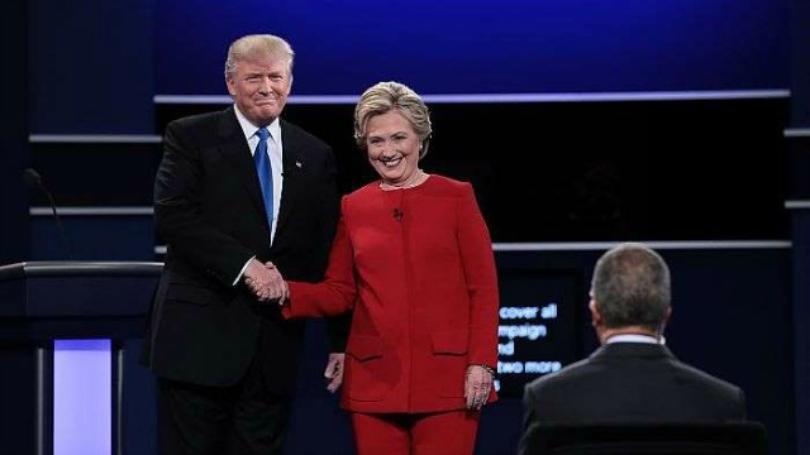 Hillary Clinton’s lead is becoming safer, as the share of undecided voters and voters not supporting a major-party candidate shrinks.

Harry Enten with FiveThirtyEight reported Thursday that people backing Clinton and Donald Trump now account for slightly more than 84 percent of the vote. That, Enten reported, is the highest their combined share has been since the website began issuing forecasts in June.

The site points out there “hasn’t been a huge change, but it’s meaningful.”

With just a month until the election, Enten writes, more voters are beginning to make up their minds. And third-party candidates tend to fade in the polls as Election Day approaches, something Enten said appears to be happening to Libertarian Gary Johnson and Jill Stein, the Green Party candidate.

As voters commit to one of the major-party nominees, Enten said Trump “simply has fewer people he can appeal to in order to make up his current deficit, which makes Clinton’s lead more secure.”

Enten said if the third-party supporters and undecided voters were equally distributed between Clinton and Trump, the FiveThirtyEight model would “peg Clinton as a stronger favorite.”

“Although Clinton would benefit from a wider margin between Trump and herself, she would also benefit if more voters made up their mind — even if those undecideds split evenly between the major-party nominees,” he wrote. “The opposite is true for Trump. He would benefit if he could shrink the margin, but he should at the very least hope to make voters think twice before committing to either candidate.”