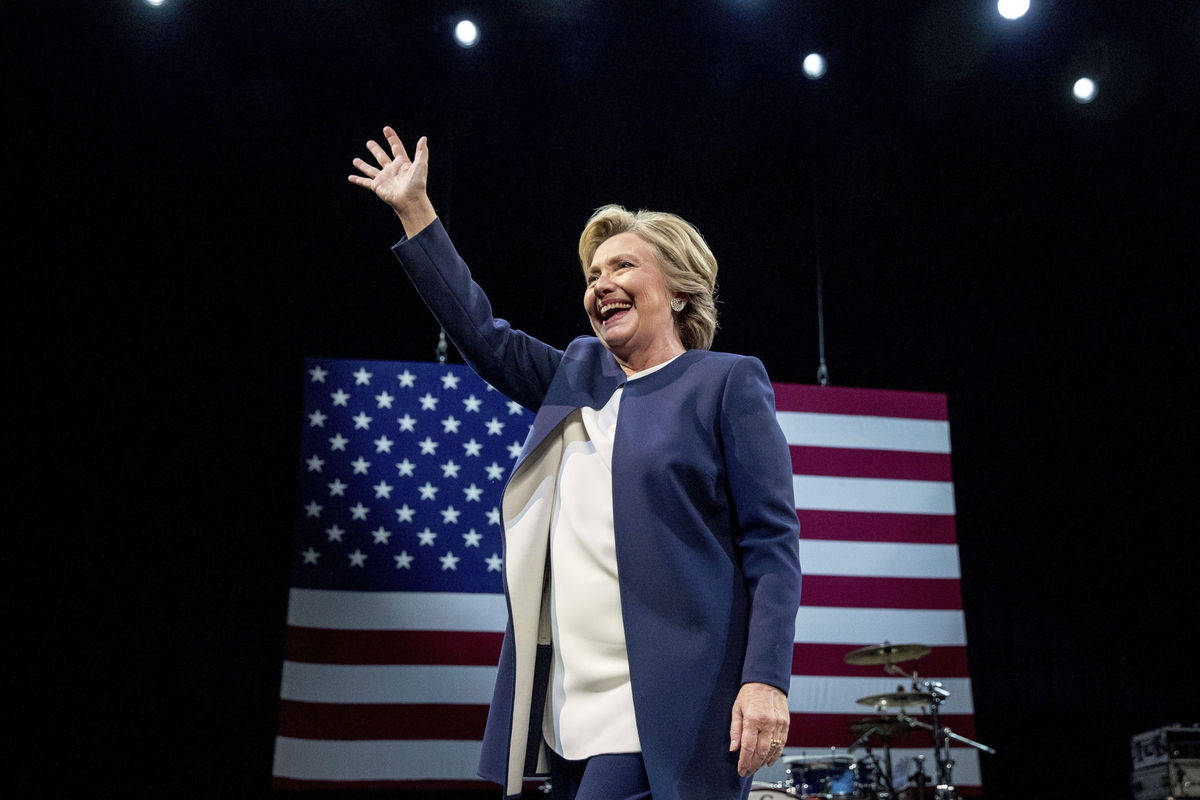 Hillary Clinton‘s campaign asked former President Bill Clinton to cancel a speech to a Wall Street investment firm last year because of concerns that the Clintons might appear to be too cozy with Wall Street just as the former secretary of state was about to announce her White House bid, newly released emails show.

Clinton aides say in hacked emails released Friday by the anti-secrecy group WikiLeaks that Hillary Clinton did not want her husband to cancel the speech, but after a “cool down period” was eventually convinced that canceling was the right step.

Campaign manager Robby Mook said he realized canceling the lucrative speech would disappoint both Clintons but “it’s a very consequential unforced error and could plague us in stories for months.”

The Clintons’ paid speeches have been an issue throughout the campaign, particularly Hillary Clinton’s private speeches to Wall Street firms. Hillary Clinton earned about $1.5 million in speaking fees before launching her presidential campaign, while Bill Clinton reaped more than $5 million from banking, tech and other corporate interests, according to financial documents filed by Hillary Clinton.

The campaign has never released transcripts of Hillary Clinton’s speeches, but the hacked emails did reveal excerpts flagged by her advisers as potentially concerning.

In the excerpts, Clinton talked about dreaming of “open trade and open borders” in the Western Hemisphere. She also says politicians sometimes need to have “both a public and a private position” on issues.

Bill Clinton was scheduled to speak to Morgan Stanley executives in April 2015, a few days after his wife was set to launch her bid for president.

In a later email, Mook says he feels “very strongly that doing the speech is a mistake” with serious potential consequences for Hillary Clinton’s campaign. “People would (rightfully) ask how we let it happen.”

Hillary Clinton was scheduled to campaign in Iowa, “where caucus-goers have a sharply more negative view of Wall Street than the rest of the electorate,” Mook wrote. “Wall Street ranks first for Iowans among a list of institutions that ‘take advantage of everyday Americans,’ scoring twice as high as the general election electorate. … This is a very big deal in my view.”

Clinton’s longtime aide, Huma Abedin, assured Mook the next day that Clinton was fine with canceling the speech, especially if Bill Clinton agreed. The candidate “just needed a cool down period,” Abedin wrote.

The emails were among thousands published this week by WikiLeaks, which has been releasing a series of emails hacked from the accounts of Clinton campaign chairman John Podesta.

Podesta’s hacked messages offer insight into the various strategies and responses considered by those close to Clinton as they grappled with pitfalls in her bid for the Democratic presidential nomination, including the 2009 decision to use a private email server while serving as secretary of state.

In a separate email, Clinton aides discussed how to explain her 2001 support for an overhaul of the nation’s bankruptcy system. Sanders was citing past criticism by Sen. Elizabeth Warren, D-Mass., as evidence of Clinton’s favoritism to Wall Street.

Clinton defended the vote in a TV interview earlier this year, saying she pursued language to ensure women received child support if a spouse went into bankruptcy. In a Feb. 7 email, adviser Ann O’Leary noted that Clinton had overstated her case: “She said women groups were all pressuring her to vote for it. Evidence does not support that statement.”

Clinton spokeswoman Jennifer Palmieri said Friday that the campaign has taken unspecified precautions to secure its emails. Asked whether officials were considering releasing all of Podesta’s emails at once, Palmieri said, “That is what the Russians would like us to do and we are not going to do that.”