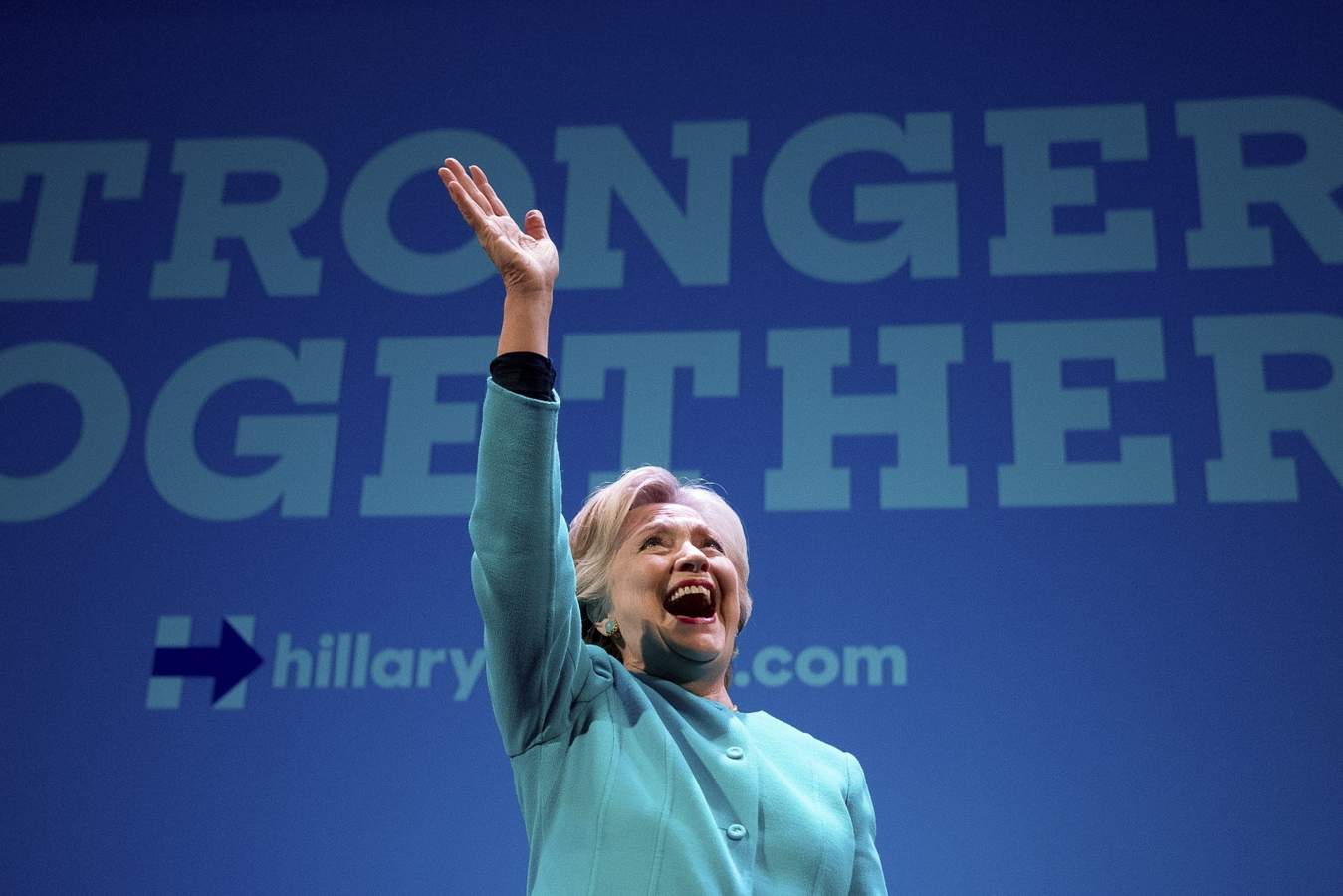 With Donald Trump on the defensive, Hillary Clinton says she is taking “no satisfaction” in his actions and promising to repair the damage and project a message of unity during the campaign’s final weeks.

Hours after her Republican rival furiously defended himself against multiple allegations of sexual misconduct, Clinton spoke Friday of the need for national healing in a Seattle fundraising speech that also saw her call upon Americans to help her govern if she’s elected president.

“This election is incredibly painful. I take absolutely no satisfaction in what is happening on the other side with my opponent,” Clinton said while visiting a Seattle campaign field office. “I am not at all happy about that because it hurts our country, it hurts our democracy, it sends terrible messages to so many people here at home and around the world.”

The Democratic presidential nominee said earlier at a Seattle fundraiser that while she understands many voters want to “turn away,” her supporters need to help her win the election to “demonstrate the positive, optimistic, confident, unifying vision of America that I believe in and that I think, together, we can demonstrate America’s best days are still ahead of us.”

While President Barack Obama is ending his two terms with high approval ratings, Clinton’s struggles with high unfavorability ratings and questions about her honesty could undermine any electoral mandate she might achieve in November.

So as Trump has dealt with a firestorm that started last week with the release of an 11-year-old videotape of him bragging about kissing and groping women, Clinton is increasingly aiming her message not only at Democrats but at disaffected Republicans and independents turned off by the spectacle.

At her fundraiser at the Paramount Theatre, where Trump backers gathered outside on a blustery day, one bearing a sign that read, “Hillary for Prison 2016,” Clinton struck a tone of conciliation. She said she wanted people “to start looking after each other again,” and that while she would aim to pass laws and seek “some real national commitments,” people needed to support each other at the end of an acrimonious campaign season.

“I will be asking for your help. I need your help not just to win this election but to govern and to heal the divides that exist in our country right now,” Clinton said. “I do believe there isn’t anything we can’t do once we make up our minds to do it.”

The former secretary of state said those challenges extend across the globe, saying she had talked to many foreign leaders who complained about Trump’s praise of Russian President Vladimir Putin or her opponent’s calls for a temporary ban on foreign Muslims entering the country.

“So make no mistake, we do have to repair the damage which he has done, which we will do. But on both domestic and national security grounds, repudiating his candidacy sends exactly the right message,” she said.

Leading in many battleground state polls, Clinton’s team is assessing the possibility of expanding the map to compete in traditional Republican states like Utah, Georgia and Arizona. She is preparing for next week’s final debate in Las Vegas and then an intense stretch of campaigning. While she continues to call Trump unqualified to be president, much of her message appears aimed beyond November — and into a possible first term.

“Bringing people together to solve problems is key to our democracy. There’s no question about it,” Clinton said. “And I want us to do that in a spirit of mutual respect, listening to one another, having each other’s backs.”